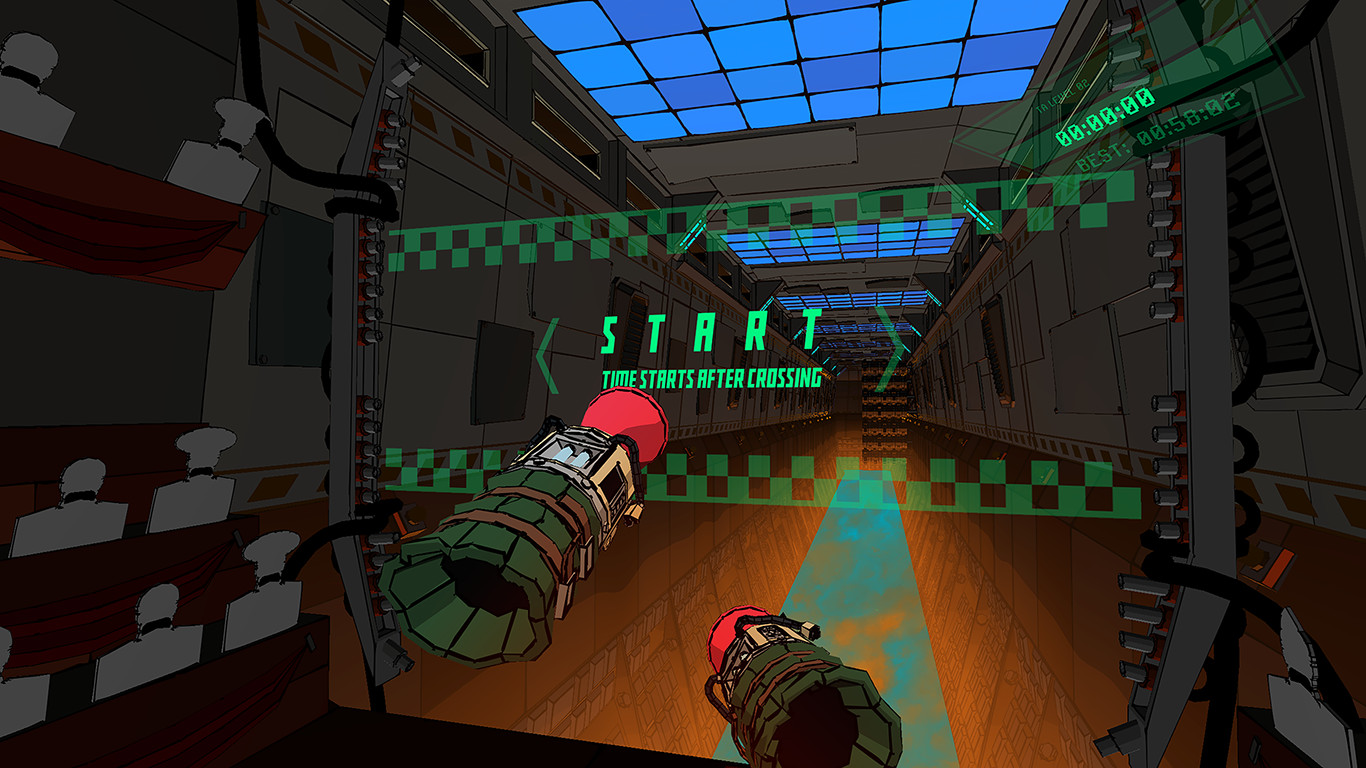 When you think of VR games what immediately comes to mind? Does the fast paced quick decision-like embrace of Superhot come to mind? Do you think of vr ports such as Skyrim or DOOM? Developers are barely scratching the surface that is VR as a whole but it’s not wrong to say that there are currently titles on the platform that define it: and then there is Yupitergrad.

Developed by Gamedust Yupitergrad defines the space that you are integrated in and challenges you to pick up the pace with very intense platforming and incredibly effective movement but is it really a definitive experience? Let’s take a look, comrade.

Yupitergrad is a simple yet enjoyable story that doesn’t require incredibly long cutscenes as the dialogue make up for it throughout your space trek. You have been chosen as the next cosmonaut but upon entering the space station something is evidently wrong as the entire base is empty. For the main bulk of the story you are solving the troubles of the decommissioned hub as you swing your way through tight corridors and deadly air ducts to complete you mission for mother Russia!

The game is entirely Soviet themed so everything from the dialogue to computer displays littered throughout the base ooze self-aware parody. A lot of the comedy within this game come from the sheer ridiculousness of it all and would normally be overbearing for some, with the most cohesive vr mechanics since Superhot padding it out the game feels like the first complete vr package I’ve played in quite some time.

The gameplay for this game would best be described as “what if someone developed the perfect Spiderman vr physics?”. In Yupitergrad you take control of your special plunger gun to shoot at walls, obstacles, and ceilings to propel yourself through the station.

Now on a personal note: I do not get motion sickness and I don’t think it’s easy for a game to offer a sense of speed and real life momentum through gaming. Upon putting Yupitergrad on for the first time I felt the speed and momentum almost entirely from the comfort of my own chair. I have never felt a game that gave me the simulation of real life speed and momentum ever. Period(sorry Sonic).

For that reason I have to mention that this game is often times not for the faint of stomachs. This game rocked my stomach countless times as I flew through the air with the grace of a falcon zipping in and out of corridors like a demons whisper.

Throughout the space station you will run into walls, moving platforms, spinning blades, and fire among others. As you complete your final task for Mother Russia you are now equipped with the proper training to speedrun which in my opinion is where the game thrives. As you get accustomed to the law of the land you can now make quick decisions, figure out counterweighting, positional directions, and so many other valuable skills to never stop.

Time trial is an exceptional way to provide players more fun within the space station as it allows players to not only traverse through areas but also allows them to post their times on an online leaderboard giving all the practice some purpose.

I cannot get over how addictive the controls are for the game and even after this description I am still underselling its potential it is that amazing.

The gritty cell shaded look of Yupitergrad is definitely something to write home about as it perfectly compliments each area of the space station as you progress. With other vr games I’ve reviewed I feel like too many try as hard as they can to replicate a source material or rely on realistic graphics to get by but end up often times looking like a late PS2 era game. Yupitergrad plays to its strength and delivers a game that not only feels good but looks unique compared to countless other titles available right now. 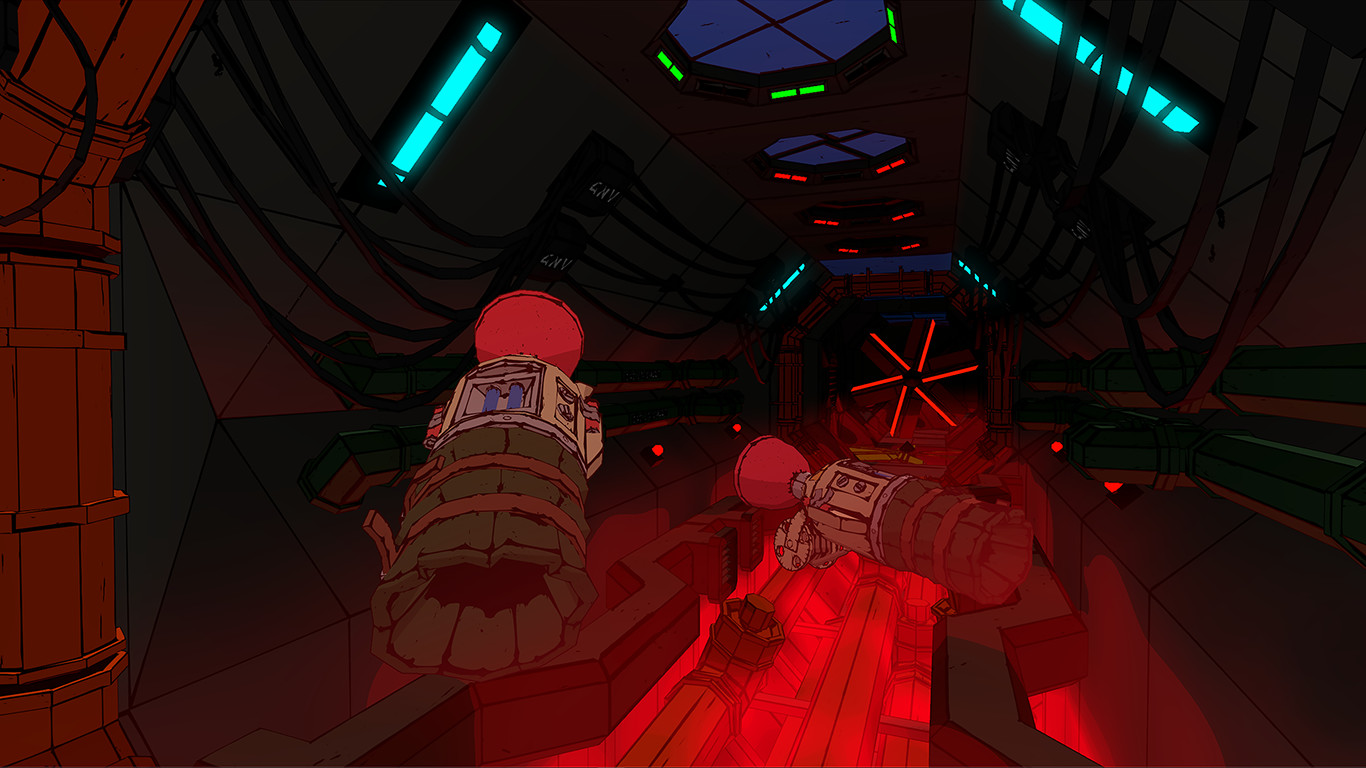 The sound for Yupitergrad on the other hand can use a little more work. As much as it’s good to have something in the background as you zip around Attack On Titan style, it’s another to have a game with no memorable tracks. The soundtrack for Yupitergrad is alright but doesn’t deliver any bangers that I plan to listen to outside of the game it sort of just works for gameplay and that’s it.

Yupitergrad should be on everyone’s list when purchasing vr. It is an absolute adrenaline rush of a game packed with smooth yet exceptional controls, challenging puzzles, unique cell shading, and all of the Soviet Russia humor you can handle.