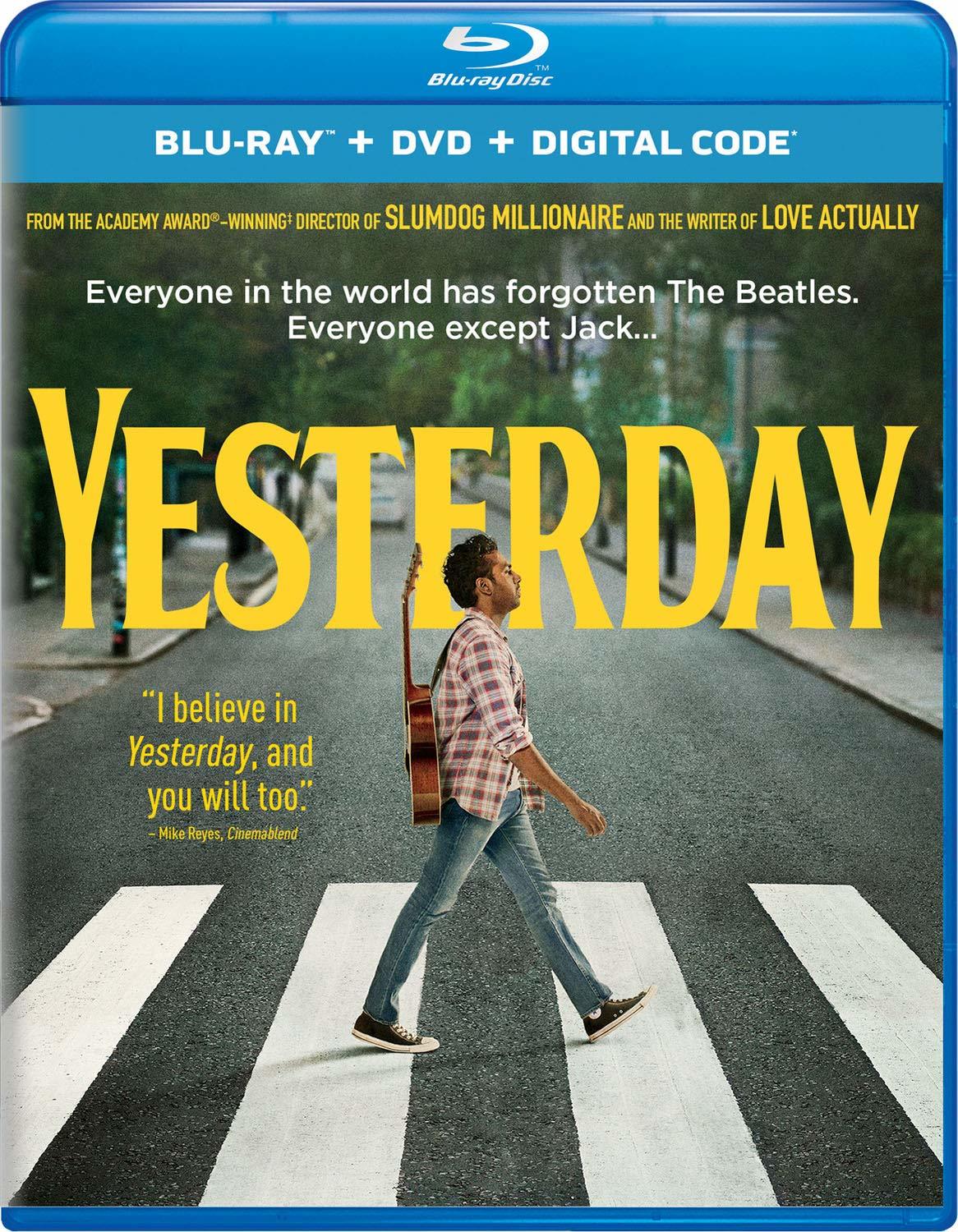 Jack Malik is a struggling singer-songwriter in an English seaside town whose dreams of fame are rapidly fading, despite the fierce devotion and support of his childhood best friend, Ellie. After a freak bus accident during a mysterious global blackout, Jack wakes up to discover that The Beatles have never existed. Performing songs by the greatest band in history to a world that has never heard them, Jack becomes an overnight sensation with a little help from his agent.

I give the Yesterday Blu-ray a B.

Imagine if you were the only one who ever heard of The Beatles.  The only one that knew such songs like Yesterday and Yellow Submarine. Would you take advantage of it (If you were a struggling musician) or would you tell people the truth?  That is exactly what Jake Malik did in this film.

I thought the idea for the film was an interesting twist.  What if The Beatles did not exist?  Would music be the same today?   Though in this film Jack Malik brought The Beatles to life saying he was the writer and creator of the songs.  In the end, he couldn’t keep the secret any longer and told the world who The Beatles were while professing his love to the only person that was there for him from the beginning.

I don’t know how Jack could remember the music to all the songs let alone the words.  I wouldn’t have been able to do it as he did.  He definitely is a talented person but unfortunately, it took someone else’s songs and music for the world to see him.  At the same time, I think he got a better deal toward the end of the film.  He ended up marrying the women he loved and raising a family while still having music in his life.  Maybe not in the capacity he had before confessing but he was a better person for it.