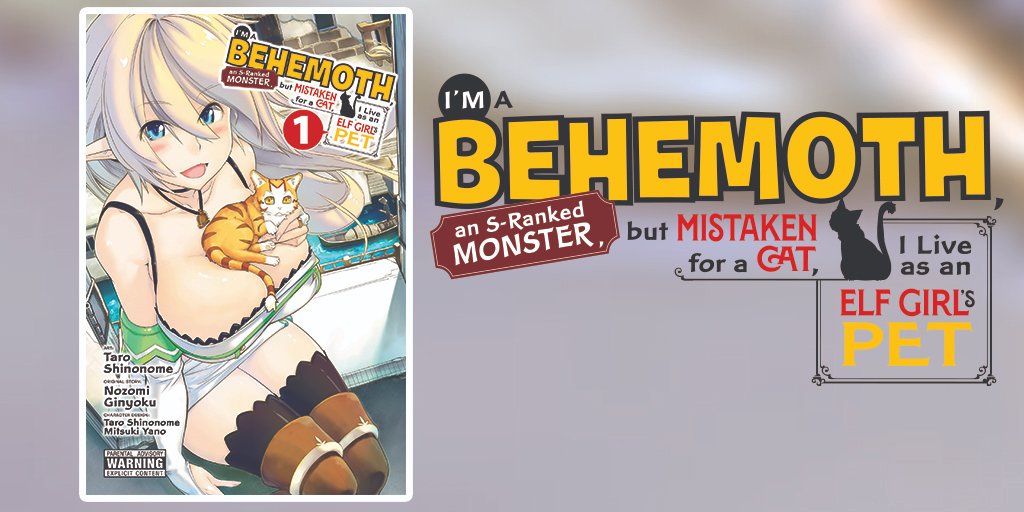 Yen Press Releases New Series ‘I’m A Behemoth, An S-Ranked Monster, But Mistaken For A Cat, I live as an elf girls pet’

Yen Press released their latest series and a nominee for worlds longest title for a manga I’m A Behemoth, An S-Ranked Monster, But Mistaken For A Cat, I Live As An Elf Girls Pet.

A comedic fantasy manga based on the popular light novel series. In this new
adventure, a knight finds himself reincarnated as a behemoth, one of the
most powerful monsters in the world, and when he meets a beautiful elf girl,
he’s ready to fight at her side. Problem is, a baby behemoth looks an awful
lot like…a housecat?!

Yen Press will also launch the original light novel series for I’m a
Behemoth, an S-Ranked Monster, but Mistaken for a Cat, I Live as an Elf
Girl’s Pet under its Yen On literary imprint this summer.

Written by Taro Shinonome, Nozomi Ginyoku, and illustrated by Yanomitsuki the series was released back in Fall of 2019 and currently sits at around 3.5 stars on numerous sites.

The first volume of I’m a Behemoth is currently available at select retailers AAA Anime, Amazon, Barnes & Noble, Books A Million, Indigo, Indiebound, and RightStuf with a light novel version coming right around the corner with a Summer 2020 release.