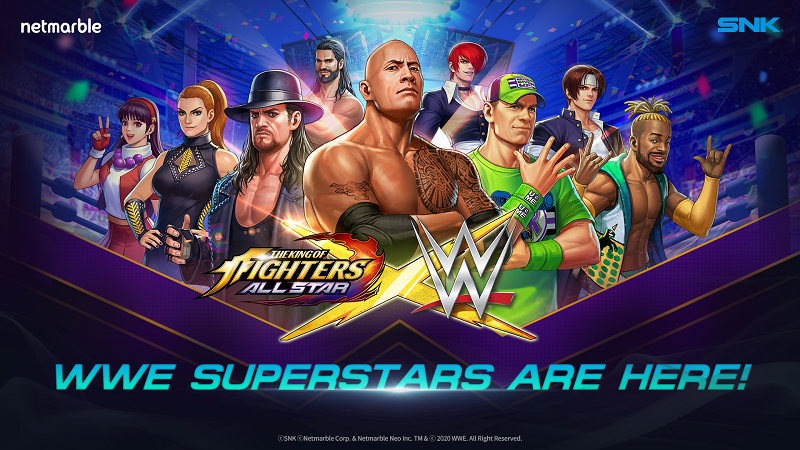 Samurai Showdown, Tekken and Ginatama (yet to release outside of Asia) are just some of the collaborations we’ve seen happen in The King of Fighters AllStar but the latest one is something I would have honestly never expected to see as the WWE enters the ring.

The Rock, John Cena, Kofi Kingston Becky Lynch, Seth Rollins and the Undertaker will all join the action with their own unique fighting styles and special attacks which you can see the in trailer below:

As someone who is both a fan of the WWE and The King of Fighters AllStar, I really don’t know how I feel about it only because I can imagine so many other properties that would make more sense but it’s not going to stop me from trying them out.

Stay tuned for our thoughts and impressions of the new collaboration when the update arrives tomorrow.

The King of Fighters AllStar is a free to play game available game featuring beat em’ up and fighting game mechanics and is currently available to download on iOS and Android devices.