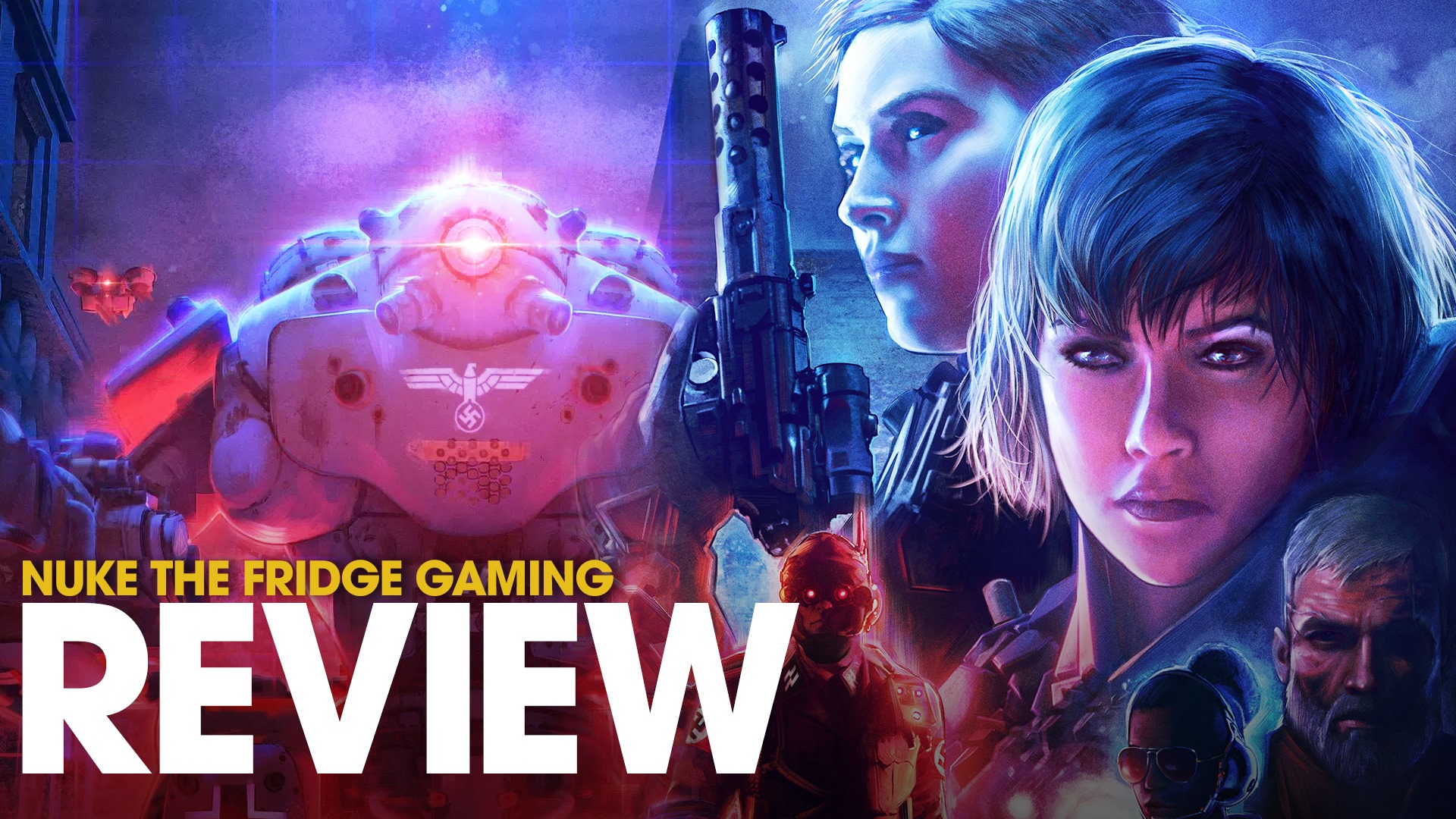 Wolfenstein is a game series about one thing and one thing only: killing Nazis. Over the years, we’ve seen B.J. Blazkowicz mow them down in the 1940s and most recently the 1960s. Wolfenstein Youngblood throws us into the 1980s, but no longer in control of B.J. “Terror Billy” Blazkowicz. Instead, you play as one of his twin daughters Jessica and Sophia, who are searching for him as he has gone missing in Nazi-occupied Paris. This game acts as more of an expansion than a full-on sequel to Wolfenstein II: The New Colossus, coming in at $30 and with a shorter campaign you can play by yourself or with someone else in online co-op. However, I did not expect the co-op feature to completely change what I’ve come to expect from a Wolfenstein game.

If I’m playing a game with word “Wolfenstein” anywhere in the title, I expect linear, narrative-driven campaign with precise level design and enemy placement. When I booted up Youngblood and saw health bars above enemy troops, I did a double-take. I was also shocked to find that even though I was playing by myself with an AI partner, the game would not pause. Sure there was a pause screen, but the game was still going on in the background. Mind you, I was playing in offline mode, so it’s not like anybody could join my game. 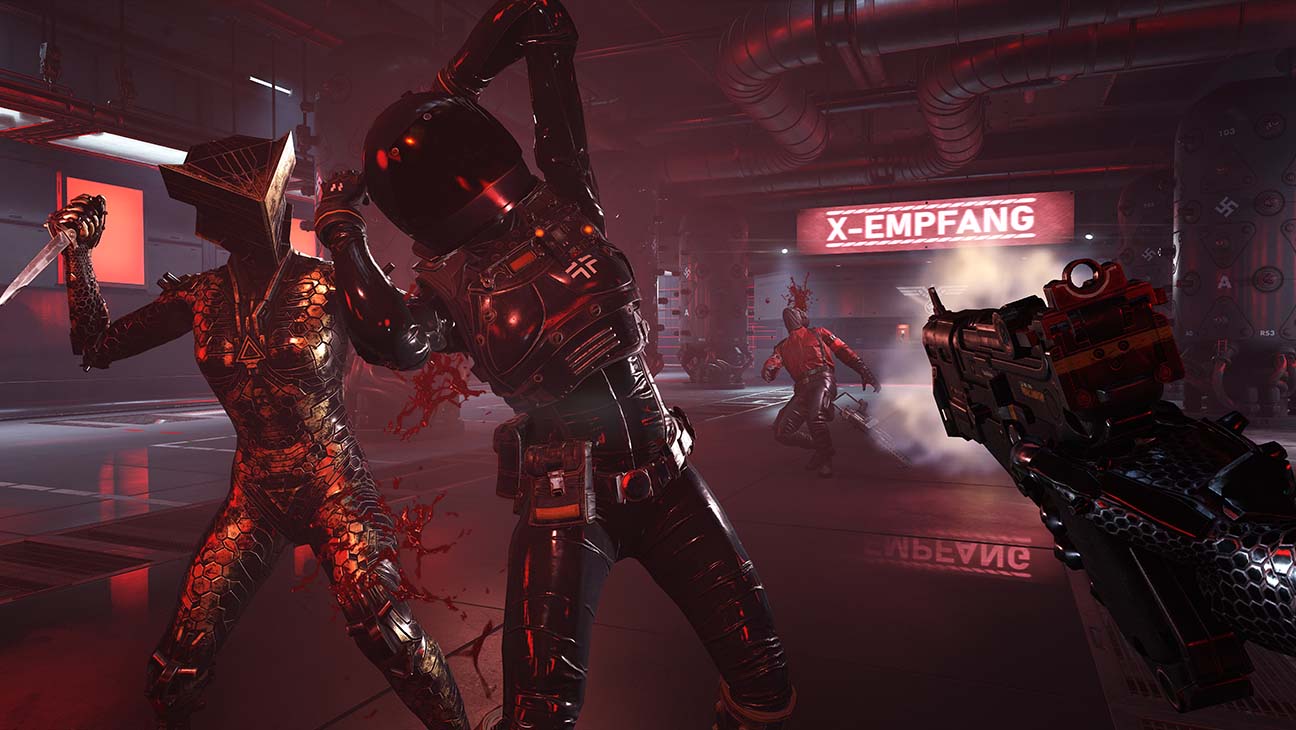 You see, Wolfenstein Youngblood shares more in common with Destiny and The Division more so than Wolfenstein. You level up the more you play, your enemies have power levels, you collect coins to customize your weapons, or you could straight up pay for weapon mods and skins through microtransactions.  It’s clear that this game is trying to cash in on the “looter-shooter” craze without fully committing to it, because there isn’t much in the form of loot aside from health/armor pickups and the coins. Theoretically, if you’re having trouble with a mission, you could pay your way to better equipment to complete it, or you could grind you way to level up. Fortunately, the latter option isn’t too hard to do, but it would be more fun if the missions weren’t so repetitive.

Rather than creating a linear structure similar to previous Wolfenstein games, Youngblood places you in the catacombs of Paris as your base of operations. Here you can navigate the tunnels to different districts across Paris to complete missions given to you by fellow rebels. This is very similar to the sidequests given in Wolfenstein II: The New Colossus, only that was a segment of the game and not the entire game, the latter of which is the case for Youngblood. The main story objectives are to raid Brother Bases 1, 2, and 3, which will lead you into two final missions. The overall story took me about 5 hours to beat, but I also didn’t do a ton of the sidequests offered in the Catacombs. Doing more of these sidequests will help you level up faster thus making the final missions easier, but the final missions are not impossible if you haven’t leveled up close to max. 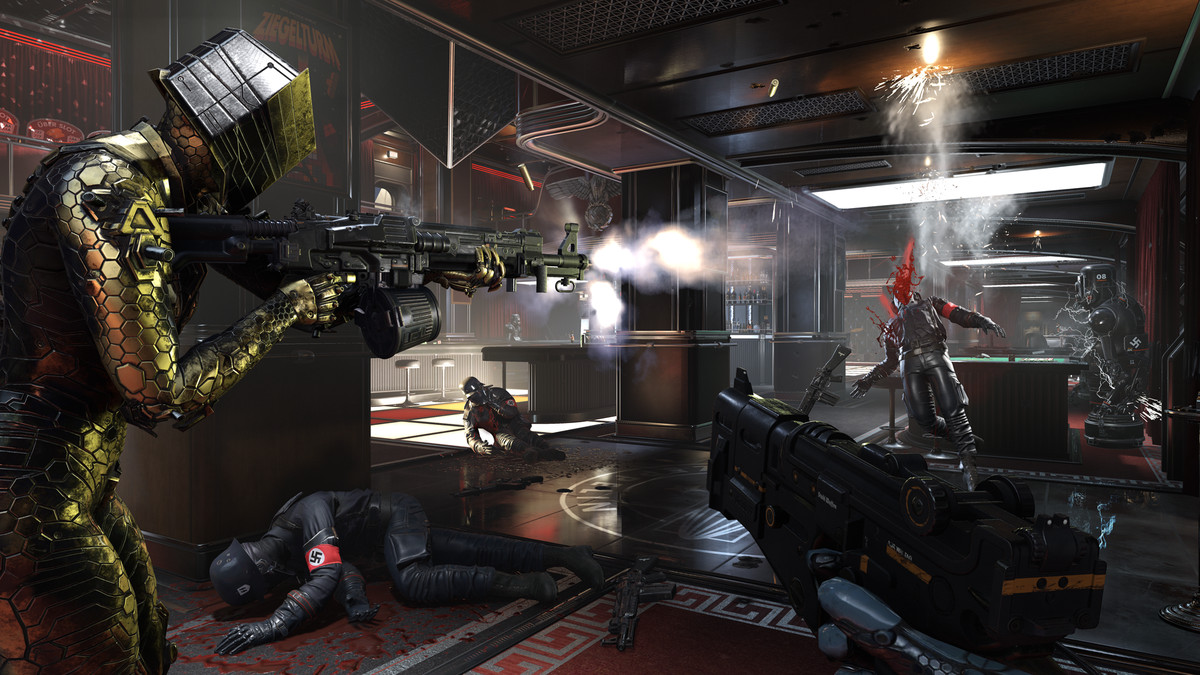 You can imagine how underwhelming the story is too if you could beat it that fast. I loved the story in The New Order and even though The New Colossus had its missteps, I still enjoyed it. As for Youngblood, there is barely any story to be told. There are only about 6 or 7 cutscenes throughout the campaign, and most of the story is told through radio chatter and audio messages. It’s hard to care about literally any of the characters in this game since they all get such little time to develop. Even characters from the last two games don’t feel as fleshed out, and they only show up in the beginning and end.

Fortunately, what remains intact from the Wolfenstein franchise is the gunplay, and you get a good variety of weapons like the rapid-fire shotgun, assault rifle, submachine gun, and special weapons like Laserkraftwerk that disintegrates enemies and the Dieselkraftwerk that blows them up. These guns will also be handy in getting past certain doors that can only be destroyed by them. While it’s great to see the gunplay of Wolfenstein present, the enemies don’t feel the same way. Previous games placed each enemy in intentional spots, but enemy placement in Youngblood feels random. Sometimes they seem to spawn from every angle bombarding you with bullets.

I can admire wanting to do something different with a franchise as old as Wolfenstein, but sadly, Youngblood misses the mark even for a $30 game. The last two games in the series set the bar high for the franchise, and to see Youngblood become an online-focused shooter that’s light on story and heavy on bullet-sponge enemies is disappointing to say the least.