Announced over 5 years ago, Wattam is a cute charming title created by legendary creator Keita Takahashi who brought us Katamari Damacy. After the monumental rise that was Katamari Keita would work on a few titles that were well received but Wattam looks to be his true successor to his original child.

One of the best parts of this game was its simple yet charming story. In Wattam you play as ‘The Mayor’ who yearns to meet others in a world that is isolated after a mysterious event caused the world to reset in a huge explosion. The goal of Wattam is to meet as many new friends as possible by figuring out simple yet cute puzzles that will introduce more characters overtime helping The Mayor figure out why everyone was alone to begin with.

The tone of the game is incredibly wholesome with a unique child-like wonder and whimsicality with each character introduction that it’s hard for you not to smile at some of the interactions.

The gameplay of this game consists of you walking through 4 areas based on each season while connecting with as many characters as possible. The game is not as open as Katamari, in fact, it’s almost exclusively linear. The game is relatively short and relies on the story to push the gameplay and once it’s over you have a few friends to collect before you have seen everything the game has to offer. 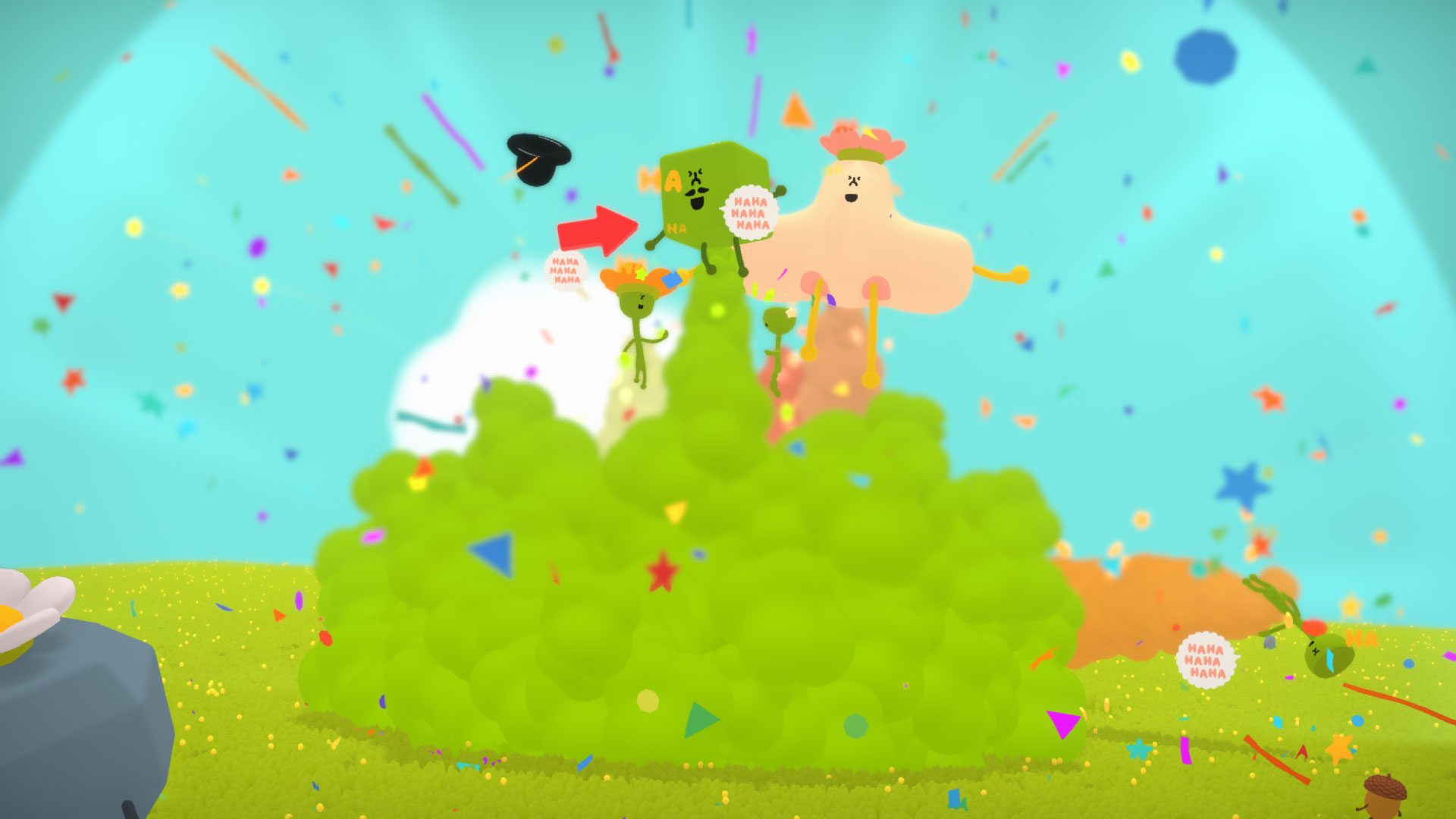 The game takes the sweetest approach to gameplay to offer you the purest wholesome story possible so don’t expect the zany wackiness and mayhem that is present in previous Takahashi titles. In some interactions you’re climbing up a totem pole made of friends to reach a new platform and sometimes you hold hands with others to grow a tree. Camera controls, hand holding, jumping, and special ability prompts is the bread and butter of Wattams gameplay.

Although the story is incredibly linear you get switch between any of the characters you’ve met along the way with some of them capable of special abilities like a mouth that is able to eat others turning them into poop or a tree that inhales anything in its path to turn others into food with the simple press of the triangle button. One of my complaints with the gameplay is that it can be a bit of a hassle switching between characters at times with too many objects on screen. 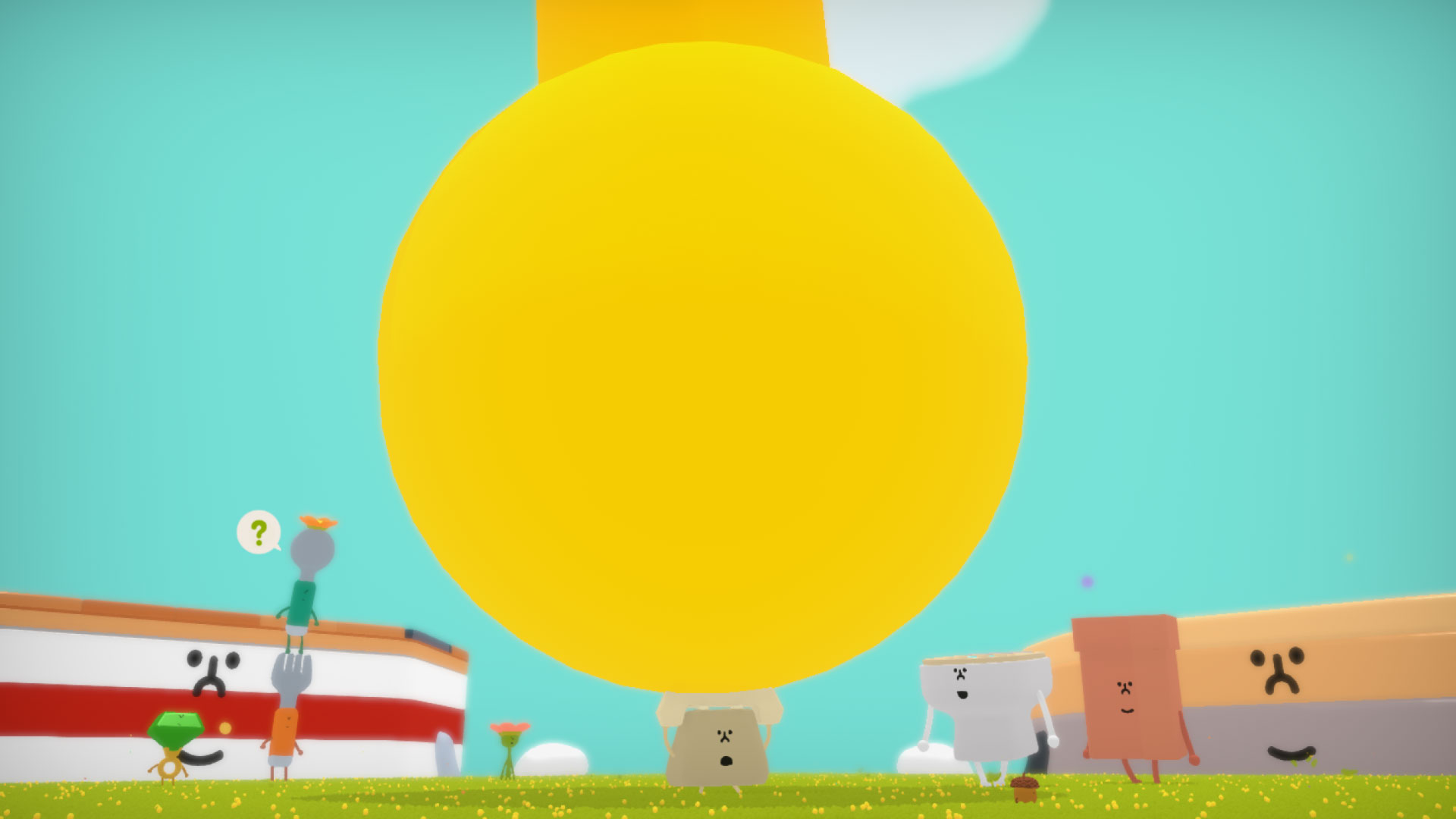 The camera also makes it tough as it only goes left to right and zoom in and out rather than up and down rather than a 360 camera view making segments of the game somewhat frustrating.

Music To My Ears

There’s really no debate that Takahashis titles each have unique and melancholic soundtracks that makes them so irresistible to fans.  The Katamari Damacy soundtrack is still burned into my mind after all these year while Noby Noby Boy tracks still bring me great joy. After playing through Wattam it’s safe to say that the streak continues as his latest titles soundtrack is just as unique and just as bright as his last. Each track is noticeably unique while some are as heart wrenching and beautiful as Damacy.

One of the best additions to Wattam is the way that music is changed when switching between characters. Each character has a defining sound to them whether that’s an extra instrument, a chorus, or a completely different variation of the song. 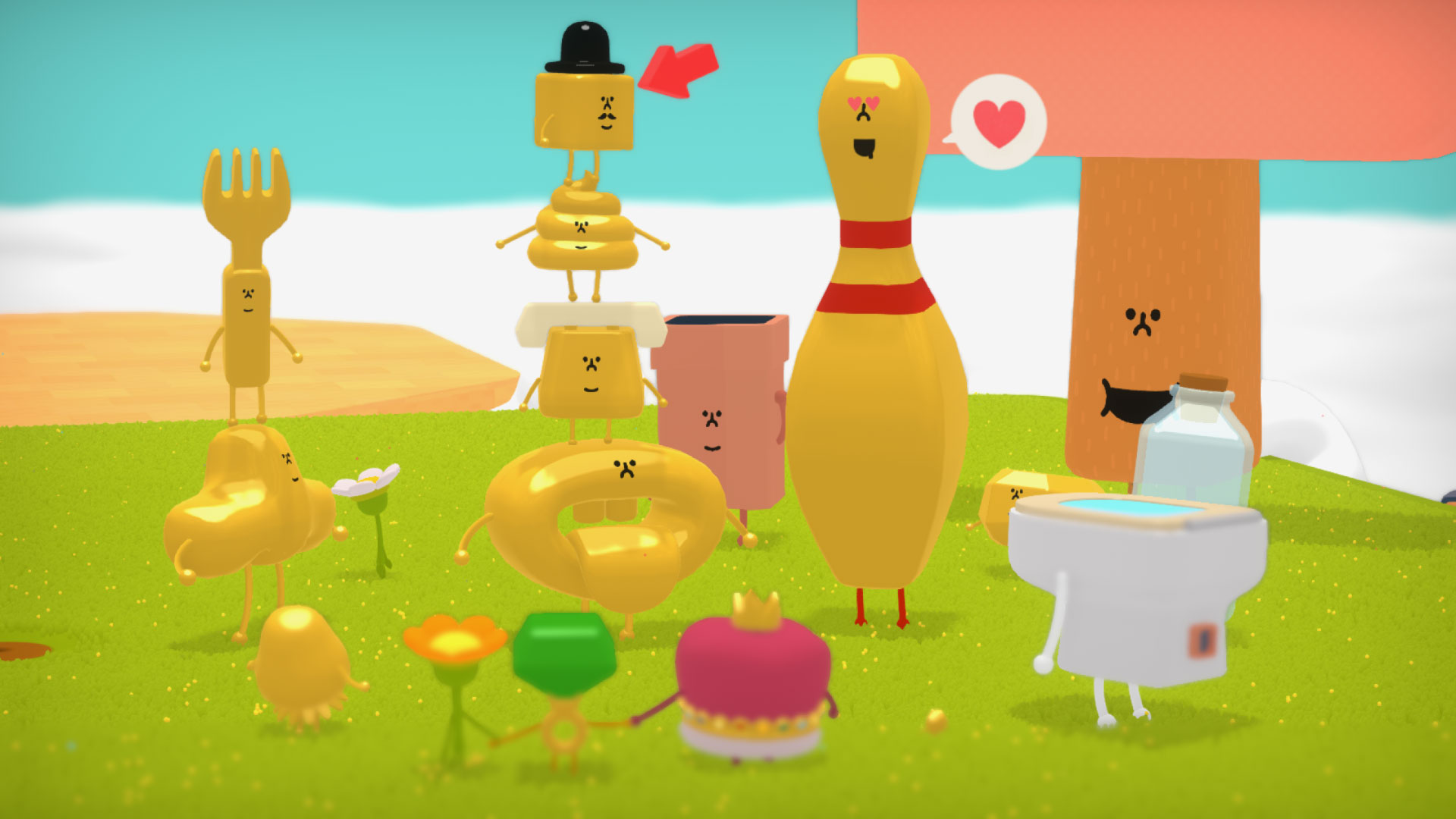 Wattam is a very unique game to review just as it is to play. It’s more of an interactive art piece than it is a video game and offers a very wholesome take on being alone while bringing people together in a unique and whimsical way through naive and adorable characters. 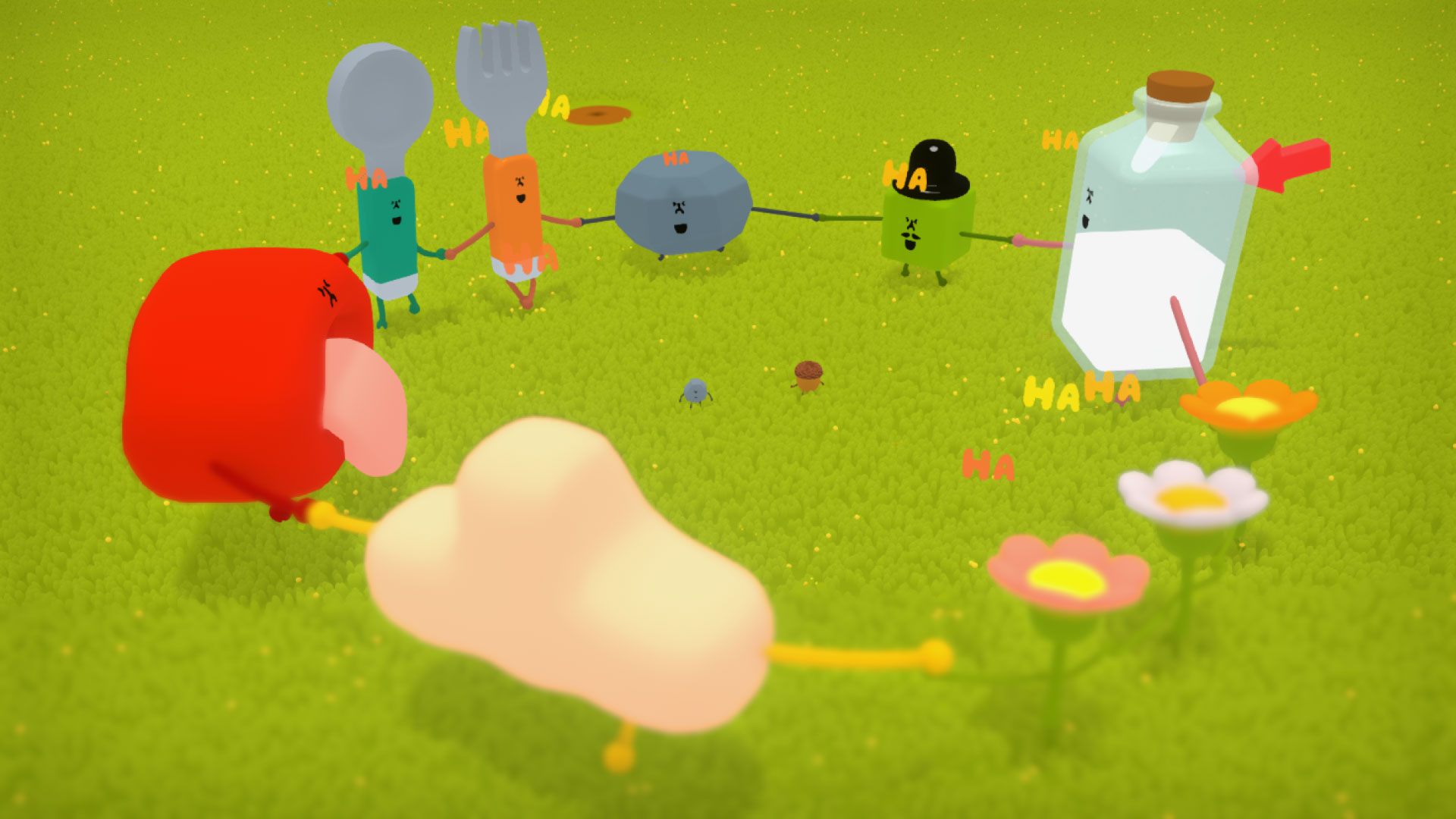 Sure the journey is very short and consists of nothing but holding hands, climbing, and solving puzzles but the story near the end of the game is the magic that Keita Takahashi thrives in. I thoroughly enjoyed every second of Wattam and the post game is definitely a treat for long time fans of the creator. Lets just hope it doesn’t take another 5 years before we see another classic from everyone’s favorite Prince of all cosmos.