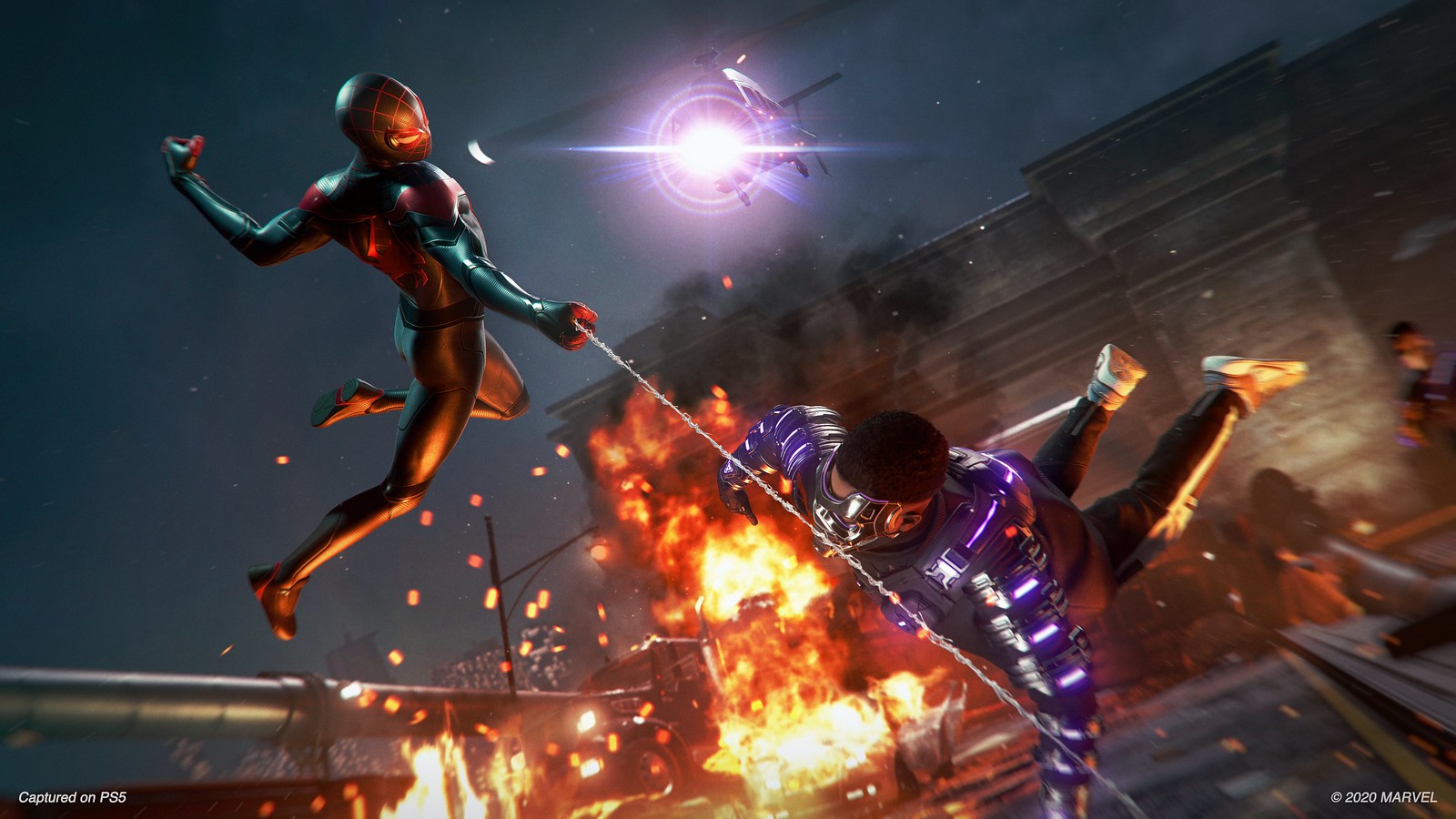 Spider-Man: Miles Morales is one of the most anticipated games coming to PlayStation 5 in November. Today during the PlayStation 5 Showcase, Insomniac showed a 7-minute gameplay video that demonstrated Miles’s new powers in a war-torn Harlem, NY.

In a PlayStation.Blog post, it was announced that the game would also be coming to the PS4, with a free PS5 upgrade for when users finally upgrade. The standard version of the game will retail for $49.99, but the Ultimate Edition will also include a remastered PS5 version of Marvel’s Spider-Man with enhanced visuals that include ray-tracing and a 60fps performance mode also available in Spider-Man: Miles Morales. The Ultimate Edition will cost $69.99.