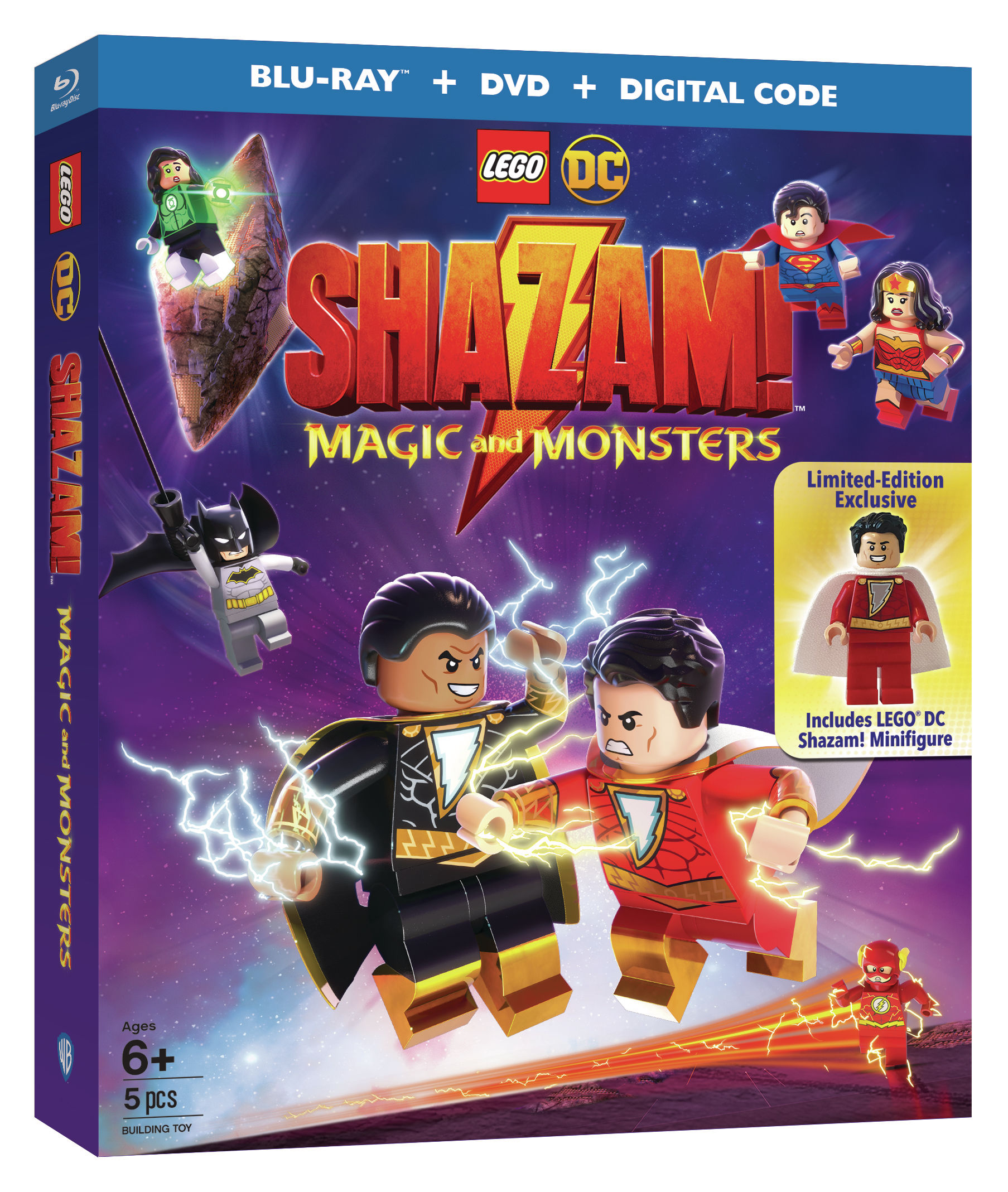 Youth, truth, and trust are central to the latest brick-tastic adventure when DC’s Justice League welcomes its newest – and youngest – member in LEGO® DC: Shazam! Magic and Monsters, an all-new, full-length animated feature film in the LEGO DC series. Produced by Warner Bros. Animation, DC and the LEGO Group, the film will be distributed by Warner Bros. Home Entertainment on Digital starting April 28, 2020, and on Blu-rayTM Combo Pack ($24.98 SRP) and DVD ($19.98 SRP) on June 16, 2020. Check out the trailer!

LEGO DC: Shazam! Magic and Monsters will be available on Blu-ray Combo Pack (USA $24.98 SRP; Canada $29.98 SRP) and DVD (USA $19.98 SRP: Canada $24.98 SRP) as well as on Digital. The Blu-ray Combo Pack features a Blu-ray disc with the film in hi-definition, a DVD with the film in standard definition, and a digital version of the movie. The Blu-rayTM Combo Pack and DVD releases of LEGO DC: Shazam! Magic and Monsters feature an exclusive LEGO Minifigure of Shazam (while supplies last).

In LEGO DC: Shazam! Magic and Monsters, 10-year-old Billy Batson shouts a single word and, with lightning bolts flashing, he transforms into Shazam!, a full-fledged adult Super Hero. It doesn’t take long for Superman, Wonder Woman, Batman and the rest of the Justice League to take notice and invite the earnest do-gooder to join the team. But to become a member, Billy must reveal his true identity. While fighting off the evil Mr. Mind and Black Adam, Billy learns that he must trust others – and that nothing creates trust like helping those in need. Join the good fight with this giant-sized LEGO DC adventure!

From the Warner Bros. Animation vault:

LEGO DC: Shazam! Magic and Monsters will also be available on Movies Anywhere. Using the free Movies Anywhere app and website, consumers can access all their eligible movies by connecting their Movies Anywhere account with their participating digital retailer accounts. 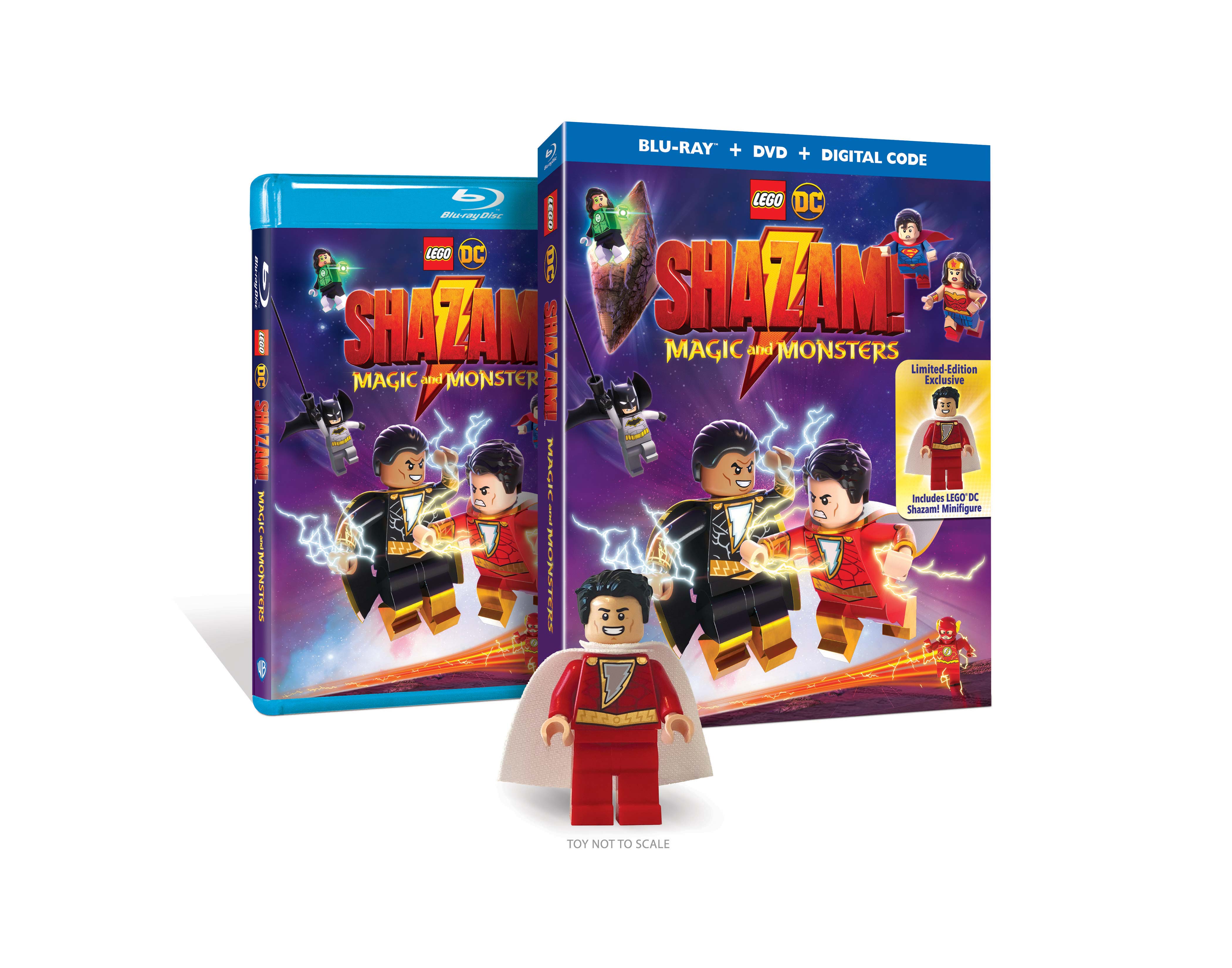