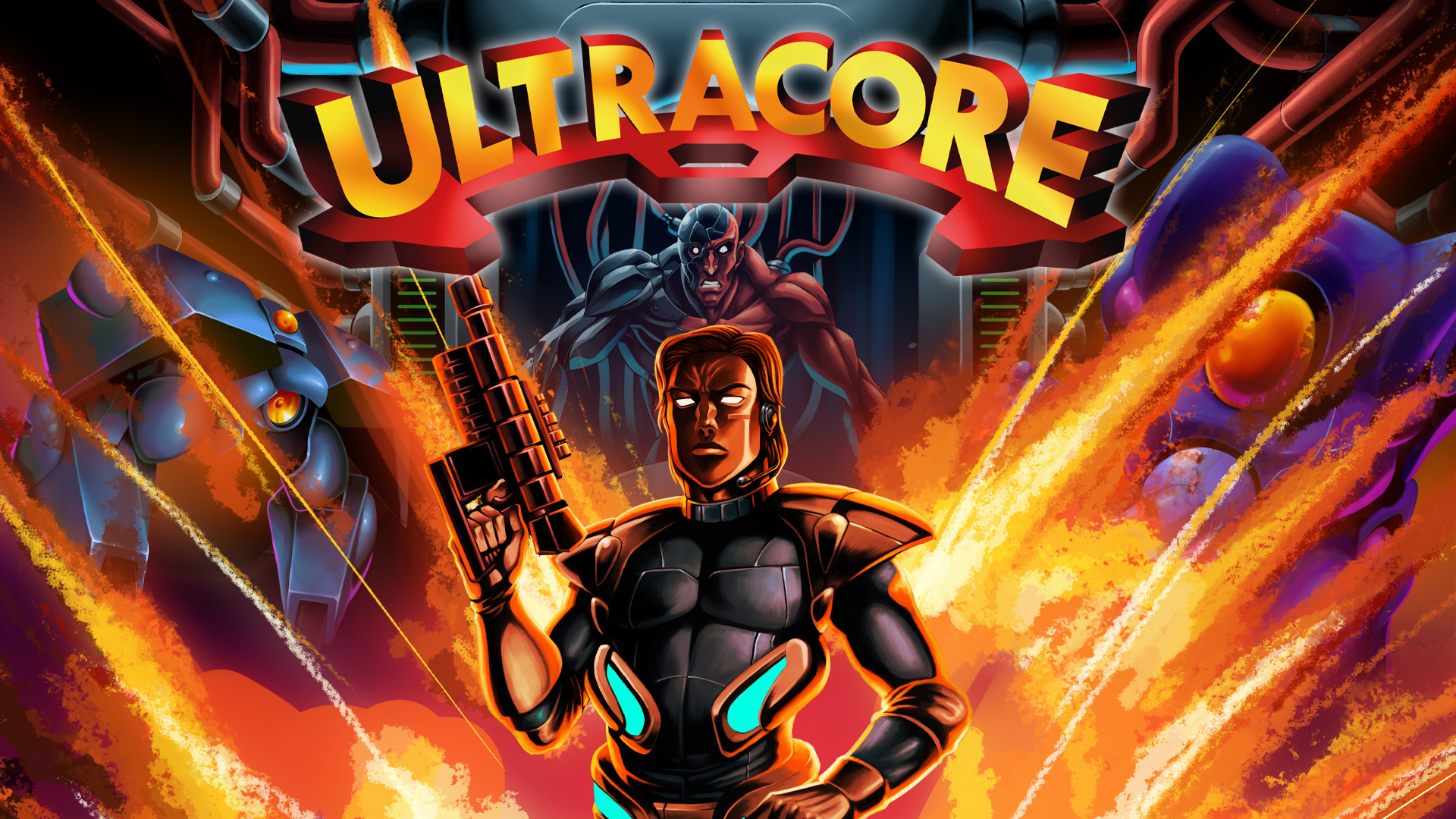 It’s refreshing to see cancelled video games get second chances, and Ultracore is one of those games. Originally set to release in 1994 on the Amiga, Sega Genesis, and Sega CD, the game was cancelled by its publisher Psygnosis. 25 years later, it received new life on the aftermarket console the Mega Sg thanks to publisher Strictly Limited Games, and has now been released on PlayStation 4 and Nintendo Switch. Despite being drastically overdue, it is great to see the developers Digital Illusions’s hard work come to fruition. While the story of the game’s release is inspiring, the game itself is anything but. 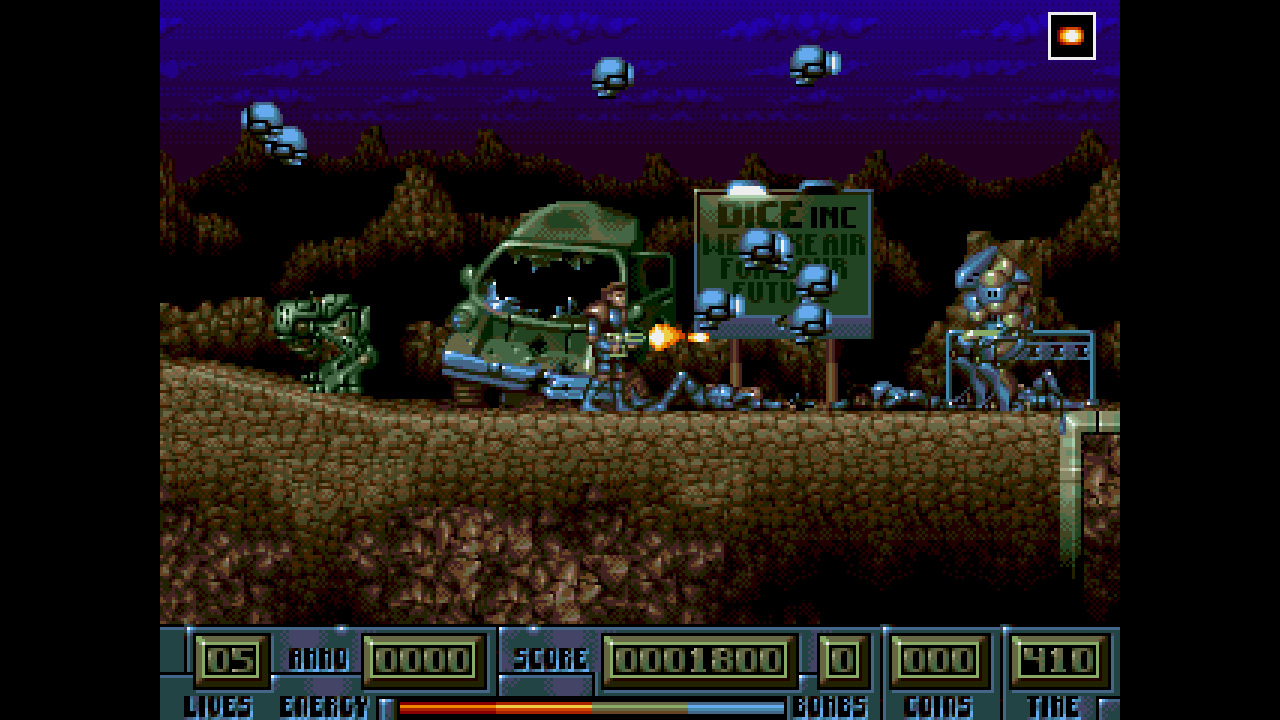 Ultracore is a 2D run-and-gun side-scroller in the vein of Contra and Metal Slug, where you will face off against hordes of robot enemies using a variety of weapons and explosives. I was hoping a game like this would be easy to control given its genre, but controlling the main character is the most frustrating part of this game. You’re able to aim your weapon forward, upward, and diagonally up, but not down or diagonally down. Even when you aim diagonally, the aiming movement feels stiff, making it harder to hit certain enemies. And when you’re in the middle of firing a weapon by holding the shoot button, your character doesn’t turn around if there are enemies behind him. I understand this feature is there to ensure you’re always aiming at the enemies in front of you, but it’s of no help when they’re surrounding you.

As for weapons, you have the standard machine gun with infinite ammo, but later on you collect other weapons with limited ammo. The ammo-spread and firepower make up for the limited rounds, but the problem is the game doesn’t try at all to explain its mechanics to you. It took me a bit to figure out how to pick up the new weapons because when I did, it would show me my inventory screen with no button prompts, barely any useful labels, and a picture of the weapon I currently had equipped. I just pressed the A button on the blank box thinking it would equip the new weapon, but that didn’t even work! I’m sure this was commonplace for games released in 1994, but if you’re releasing your game in 2019/2020, you should probably take the time to make some updates. 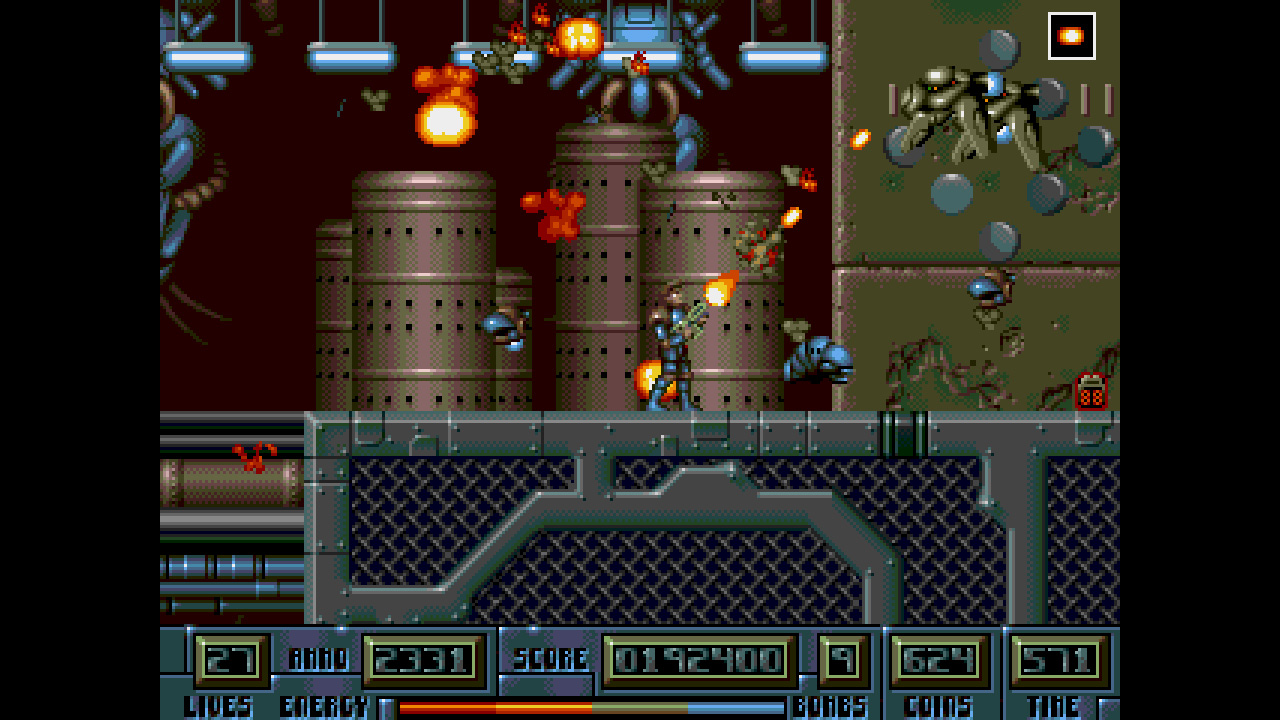 The levels in Ultracore are fine in a design-sense, with branching paths leading you to new weapons and switches to unlock doors. With so many enemies and corridors in the levels, I was worried I would get lost in them, but I would always find my way back on the path. Aesthetically though, the levels are uninspired and don’t change much as the game continues. I realize that they were going for a dreadful, apocalyptic style with the art direction, but I can only stand looking at the same color palette for so long.

I’m sure there are players out there who would enjoy Ultracore far more than I did, but when a game from 1994 is released in 2020, I’m going to judge it by 2020 standards. In 2020, I expect most games to have a save feature, and this one doesn’t. It has continues, but if you run out of them, you’ll have to enter a password to continue where you left off. Nostalgic gamers from the Genesis era might find something to love from Ultracore, but if nostalgia is all it’s packing, then it’s hard to justify its $23 price tag.