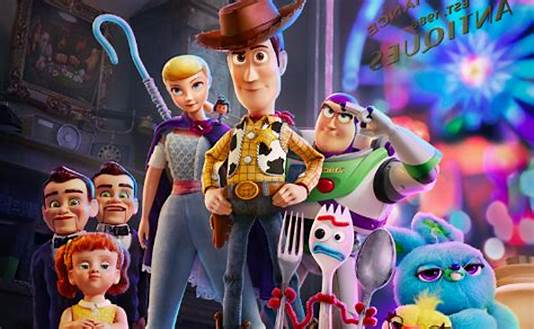 Once again Pixar has knocked it out of the park with Toy Story 4! Toy Story 3 was a fantastic film and honestly could have been the perfect place to end things but I was wrong because the fourth installment is perfection filled with easily some of the most memorable moments of the entire series.

The entire gang is here and more importantly, all the original voice actors are here which includes Don Rickles (via voice clips) who passed away back in 2017 along with plenty of new toys. The start of the film centers around what happened to Bo Peep nine years before the events Toy Story 4, from there the movie delves into a bit nostalgia is it does a quick look at Andy playing with Woody over the course of the movie and fast forwards to Andy giving all of his toys to Bonnie and from there we see how things have changed.

While Woody was Andy’s favorite toy but now things are very different with Bonnie, this leads him to question his purpose but that still won’t ever change his loyalty to his owner or his friends. We see a new side of Woody, one we haven’t seen before and it makes you fall in love with the character all over again.

For the past few movies, we’ve been told that being a lost toy is the worst thing that could happen but now it is shown in a whole new light… 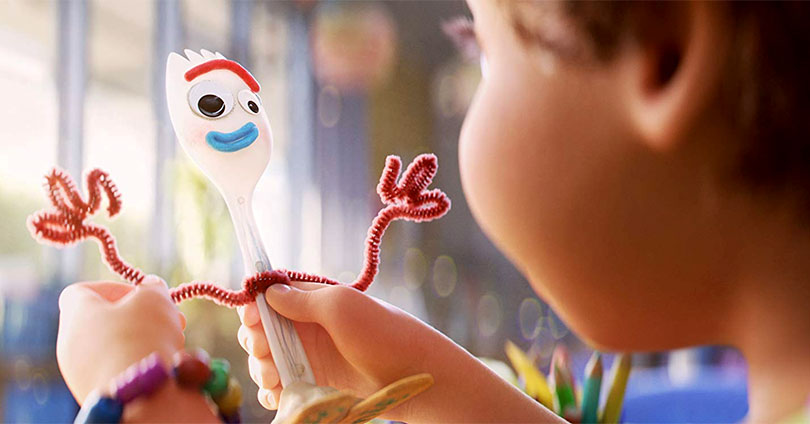 After creating Forky on her first day of school orientation using some trash, it becomes Bonnie’s new favorite toy. Woody takes it upon himself to watch over Forky who keeps trying to throw himself away as the family decides to take a road trip. Along the way Forky jumps out of the RV and it’s up to Woody to bring him back but on the way he runs into a familiar lamp inside of an antique store….

Fans of the original toys we’ve seen in the first three films might be a bit disappointed to know that while they do appear in the film, they aren’t used much aside from Buzz. What we do get is a brand new cast of toys from Forky (Tony Hale), Gabby Gabby (Christina Hendricks), Duke Kaboom (Keanu Reeves), Giggle McDimples (Ally Maki), Ducky (Keegan-Michael Key) and Bunny (Jordan Peele) who all add their own charm to the movie perfectly.

Toy Story 4 is a movie that the whole family will love, it’s a perfect mix of emotions thanks to an amazing cast that really brings the toys to life. By the end of the movie you just might have a new favorite toy as Keanu Reeves does a fantastic job as Canada’s Greatest Stuntman, Tony Hale brings such an innocent and warmth to a toy made out of trash, while Key & Peele have some the funniest moments in the film.

It’s quite amazing to see how each installment of the Toy Story movies just gets visually impressive. With each installment, the toys just just keep looking better and better with the backgrounds and locations location superb. You may not notice all the small details such as Bo’s aging porcelain or the shine of the plastic of Woody but it’s there and makes the movie look beautiful while still retaining that original look from the first film.

While some might say that this is the end for Woody, I disagree it seems like its a new beginning for such a wonderful toy who we’ve come to love. Without trying to spoil the movie, I feel the end of Toy Story 4 opens the franchise to so many new stories but if it didn’t then this is still a perfect ending to such an iconic tale of toys.