Tokyo Ghouls S is a follow up to the 2017 film Tokyo Ghoul, both of which are based on the hit anime and manga series penned by Sui Ishida. And like it’s predecessor and source material, Tokyo Ghoul S is full of blood, carnage and stomach turning moments. Viewers follow Ken Kaneki as he further transitions into his life of becoming a half-ghoul. However, what sets this film apart from it’s predecessor, is that Kaneki is no over the beginning stages of turning onto a ghoul and is now diving deeper into the world of the ghouls. Where as in the first film, most of the focus was placed on Kaneki’s transition and the struggle between humans and ghouls, this film takes the viewer into the narrower life of the ghouls as a society. This idea is mostly present due to the main villain of this film being a ghouls himself. The official Synopsis reads,

“Now a member of Anteiku, Ken Kaneki grows closer to the ghouls around him. Determined to protect his new home against anti-ghoul forces, he trains his powers in secret. But when the infamous gourmet, Shu Tsukiyama, wishes to savor some half-ghoul flavor, Kaneki’s training is put to the test of a lifetime. Based on the thrilling supernatural manga, Tokyo Ghoul.” 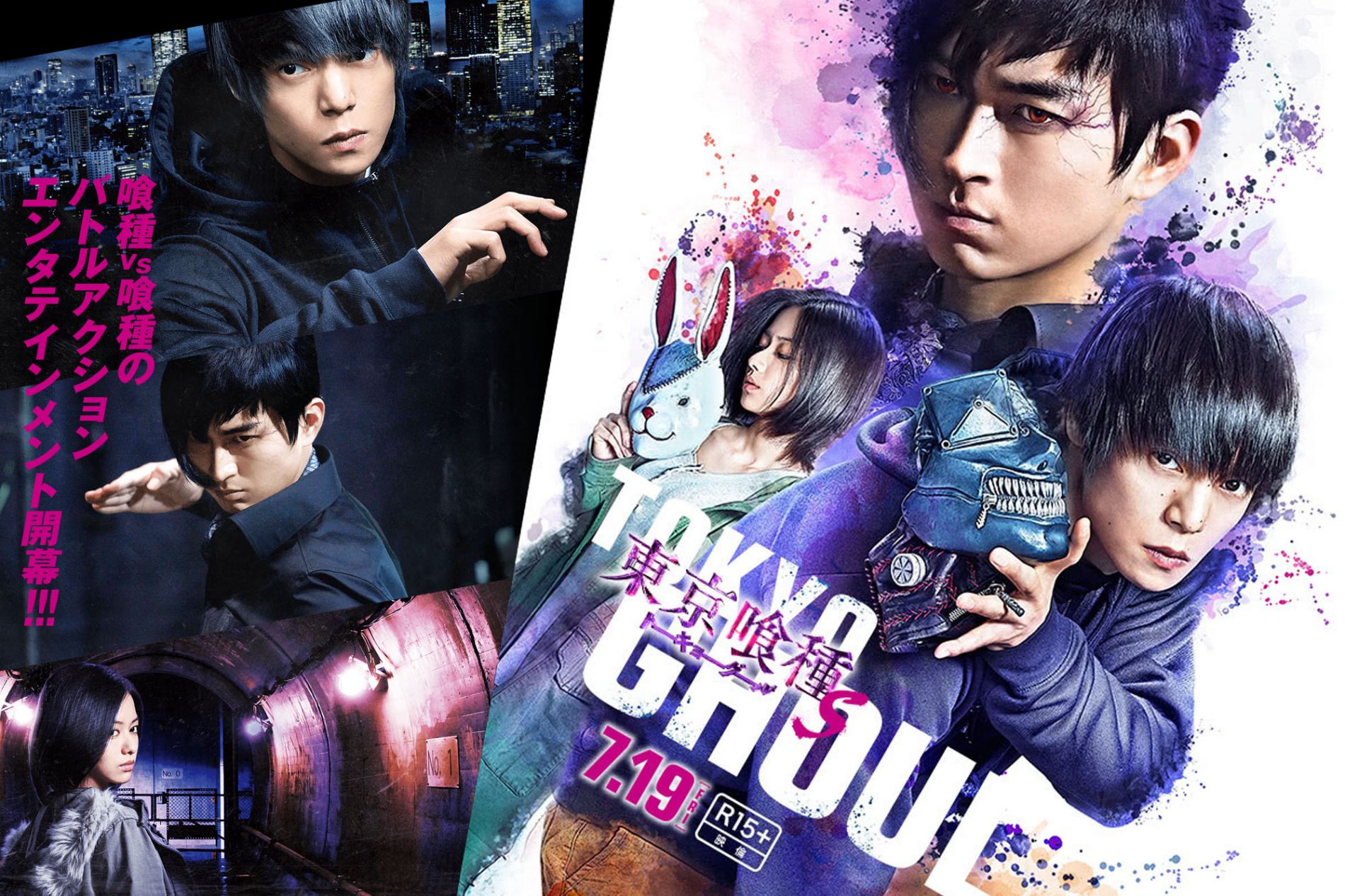 I would be remiss if I didn’t address right off the bat, the glaring issue with this film. That is the frustrating depiction of how events and characters are captured within the film. It is no small task to adapt a film that was based of am anime, and that of a manga. And because of this challenge, Tokyo Ghoul S stands as perhaps yet another reason as to why most individuals cringe at the idea of a live-action adaptation. No, I would’t declare that this film is Dragonball Evolution. However the film rarely lives up to the themes presented in it’s anime counterpart. Action is bogged down by the real world, where as animators have plenty of room to be creative and depict scenes with more exaggeration. And with that being said, the film makers could have pushed their abilities even more here. Scenes are slow and provide little to the viewer as far as excitement.

The filmmakers at least were faithful to the source material presented, and it’s clear they have a passion for it. At times, it even seems that they wanted to push this film into an even more of a slow burn monster movie, rather than an interesting character based drama with action and monsters thrown in. And while some key moments were changed dramatically, it is clear the filmmakers attempted to at least make the film more adaptable to the big screen and quicken a few plot points along

The film pushes extremely hard on the monster of the movie. Eyeballs are eaten in a slow drawn out sequence, limbs displayed in an almost comical fashion, and blood given a grotesque gelatin-like appearance. These are thrown in the viewers face scene after scene and because of it’s live action nature these blood bath and battle scenes just come across non enjoyable, even for the horror fanatic.

Like stated before, the filmmakers clearly appreciate the source material and at least attempted to be faithful while creating something new and exciting for Tokyo Ghoul fans. Perhaps the strongest show of these passions is found in the relationships with those around him. The emotional connection between Kaneki and his friend both human and ghoul will be sure to strike a strong chord with fans of the series.

The visuals can also be a great delight too. While a lot of the action scenes are lack luster, the visual effects put into them are a nice treat. The lighting used in the film is also a plus, as it’s capture within the cinematography was well done.

Tokyo Ghoul S does little to nothing to improve upon live action adaptations for anime. And while fans of the source material will have an enjoyable enough time, it still falls short compared to it’s anime counterpart. The film struggles to find footing on any ground. I can’t help but wonder what the filmmakers could have done with these ideas without Tokyo Ghoul being involved. I would assume a more enticing horror experience.