Summer stretches into the (cats and) dog days, and Hollywood is starting to show signs of fatigue.  The audiences are less than enthusiastic, the studios are tossing up titles with weaker draws, and the figures coming in are less sunny than the air outside.  Here is a rundown of what the people who did not go outside and spend time with their families did with their cash.

Inception ($27.5 million)    It is becoming a recurring nightmare for the competition as Chris Nolan’s somnambulistic opus continues to dominate.  Despite a scare on Friday night this film also has a “Groundhog Day” knack for performing well throughout the weekend – improving on Saturday, and a Sunday that matches the Friday tally.  It will cross the $200 million plateau this week.

Dinner for Schmucks ($23.3 mil)   Friday night this Steve Carrell comedy took a shot across the bow of “Inception”, barely edging it out in dollars despite showing in 600 fewer theaters.  However it lagged by a couple million Saturday and Sunday, but the per-screen average was actually better.  It still qualifies as a success.

Despicable Me ($15.54 mil)    The Summer of Carrel continues, and this animated sleeper is still the top family film.  All those minions must have tons of family turning out.

This had “Dud” written all over it from first mention, and this performance bears it out. It had a damned Hamster Dance gag in it, for the love of all that is holy!   While boasting the highest theater count of the week it still could not beat out “Despicable Me” after a one month run.  All Warner Brothers can hope for is a miraculous “Ice age 3” phenomenon and the foreign audiences will fall over themselves to see this fiasco.

Charlie St.Cloud ($12.13 mil)    Zac Efron in a serious weeper of a drama chased off the teen audience, but with a modest budget under $50 million they may yet see a small return on the investment. 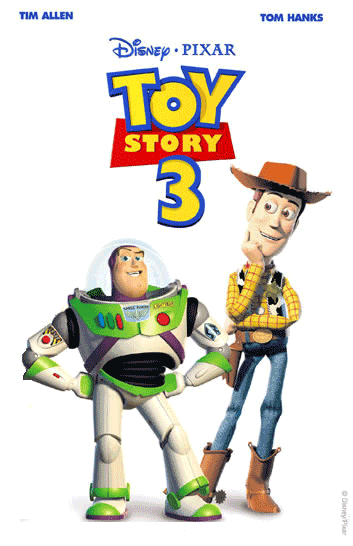 Grown Ups ($4.5 mil)    All this talk of a crappy summer for movie quality is proven out by this thing lingering around.

The Sorcerer’s Apprentice ($4.32 mil)  Even though “Toy Story” made enough to cover this bomb, the split Buena Vista has with Pixar hurts that compensation.

Twilight Saga: Eclipse ($3.96)  The long national nightmare is almost over.