To all of the people who kept insisting that a Snyder cut already exists, I’d like to finally relent and agree with  you.  After 30+ million dollars worth of post production; special effects, editing, sound mixing, score, and now RE-SHOOTS.  The Snyder cut will exist, some time next year…

According to The Hollywood Reporter , Zach Snyder will be shooting new Justice League footage after all. The new scenes will feature Ben Affleck as Batman, Henry Cavill as Superman, Gal Gadot as Wonder Woman, and even Ray Fisher as Cyborg. 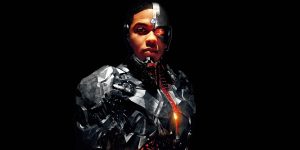 Ray Fisher is currently waging a war of words with Warner Bros. about the way he was treated when Joss Whedon took over as director of Justice League.  But given his friendship with Zach Snyder, I’m not surprised he’s willing to participate in the Snyder cut.  But I will be very surprised if Cyborg’s cameo hasn’t been totally written out of the upcoming Flash film. So savor that Snyder cut check Ray Fisher. Because I don’t think Warner Bros. is writing you another one.

LAST WORD:  Hey Warner Bros.! Henry Cavill will be suiting up as Superman for these re-shoots.  The perfect time for a Man Of Steel 2 announcement I think.  I’m just saying. #HENRYCAVILLSUPERMAN