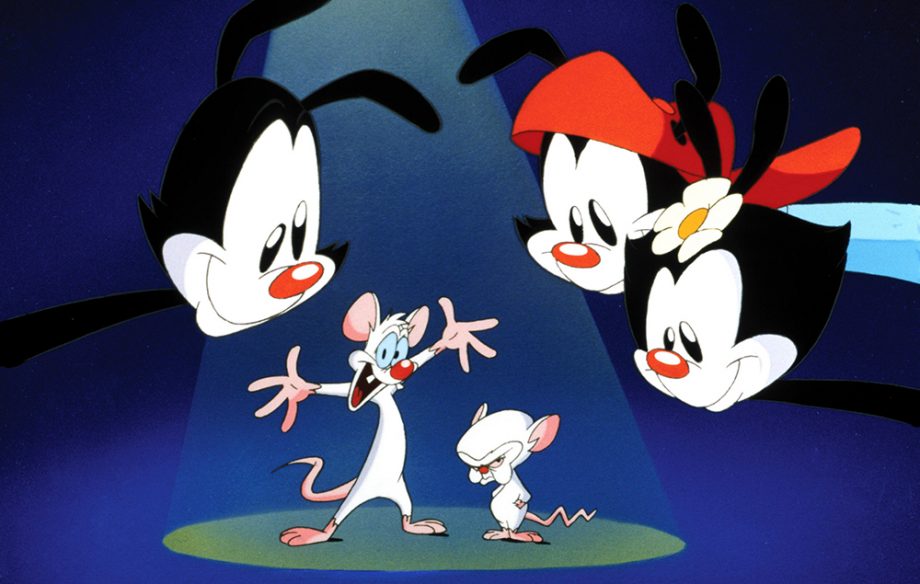 It’s been known for sometime that the Animaniacs would be coming back in some form as Steven Spielberg was in talks with Hulu about reviving the series. Of course, as excited for the news I was there were a few questions surrounding the series including would the original voice cast be returning or would we be getting a brand new voice cast.

Well we now know the answer to that as it was revealed on Twitter that the original voice cast will indeed be returning with Rob Paulsen as Yakko, Jess Harnell as Wakko and Tress MacNeille as Princess Angelina Contessa Louisa Francesca Banana Fanna Bo Besca III or as we better know has as Dot!

That’s not all though as Maurice LaMarche is also confirmed to returning which means we can look forward to Pinky & the Brain trying to take over the world once more!

We are VERY pleased to finally see in PRINT today in @yakkopinky's "Voice Lessons" that the original voice cast of #Animaniacs has indeed been working on the upcoming reboot! 😁

The series is being co-produced by Amblin TV and Warner Bros. Animation with two seasons already greenlit by Hulu. Best of all, it is set to premier next year!

I was a huge fan of Animaniacs as a kid along with Tiny Toon Adventures and Freakazoid which were all a big part of my childhood so this gets me pretty excited because they are still shows I love watching to this day especially with my family.