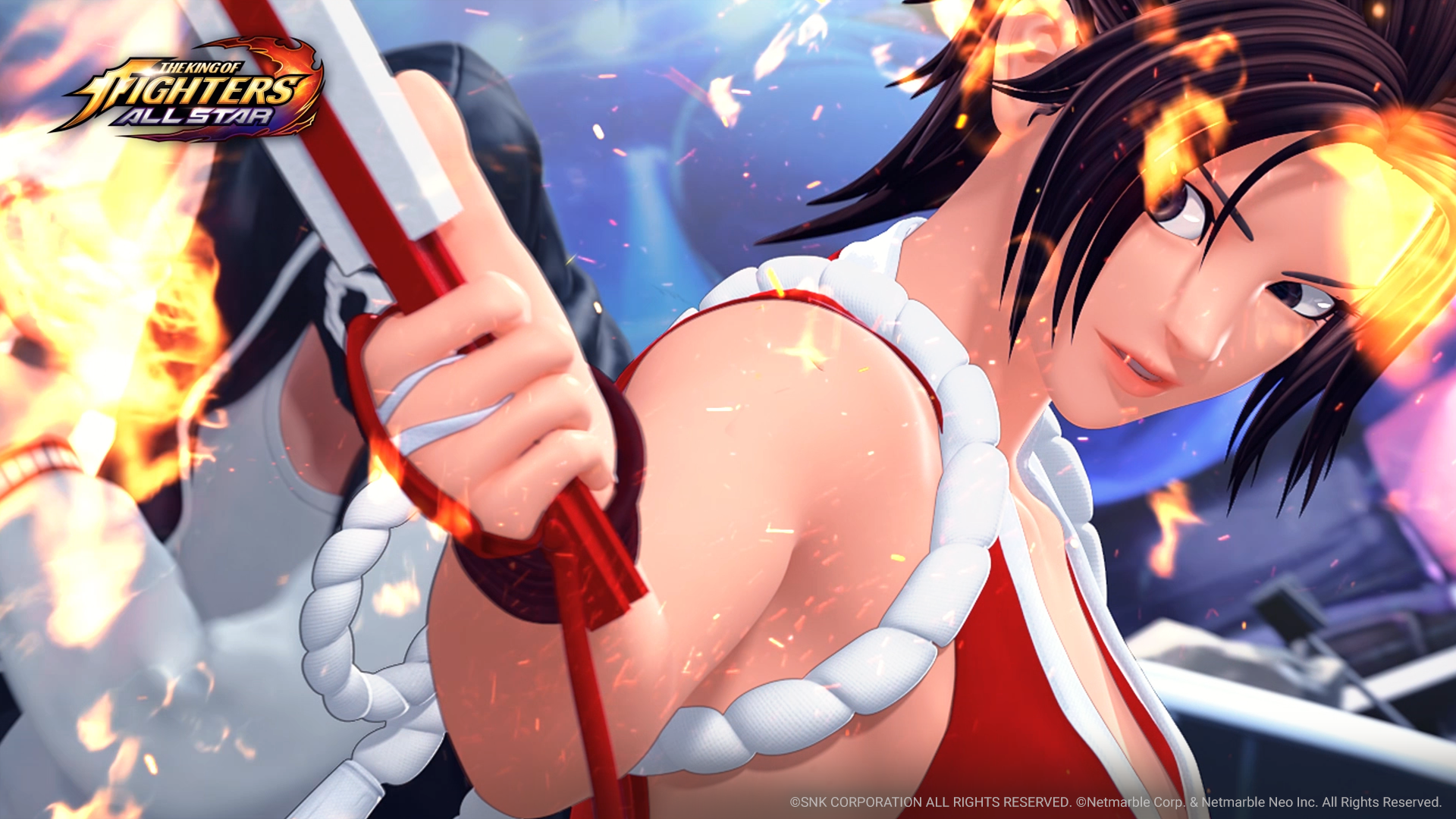 As of writing this, we are only a few hours away from the launch Netmarble’s The King of Fighters ALLSTAR for Android and iOS devices. While the game has been out for about a year now in Japan and Korea, I had my first hands-on experience at E3 and I was quite impressed with what I saw but I still had my doubts….something I always have when it comes to mobile games.

I’ve been a huge fan of the King of Fighters series since it first released back in arcade in 1994, since then I’ve had to play and own every installment of the series I possibly, so this is a game that caters to fans like me since it features a massive roster of characters that range from The King of Fighters ’94 to the most recent release of The King of Fighter XIV. As I mentioned though, I always have my doubts when it comes to mobile games, the most recent release of Mario Kart which was enjoyable at first but really did everything it could to make you pay up to unlock the meat of the game really turned me off and luckily I didn’t spend a penny and from what I could tell you won’t really have to worry about any of that with The King of Fighters ALLSTAR. 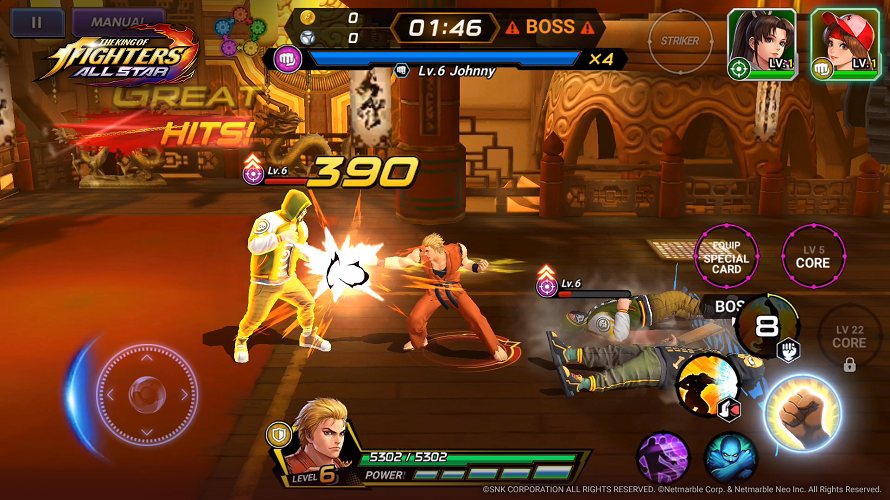 The battle system is pretty simple and more importantly fun as hell. Combos are performed automatically by pressing the attack button, you can also use special attacks to extend your combos and make them pretty stylish and once you unlock special cards you are able to unleash your characters Desperation A  ttack. Of course, you can also block and dodge.

There is quite a bit of content to obtain in the game, you need special cards to unlock characters, food to upgrade your characters and a special card to unlock a characters DM. There is the option to purchase in game currency for a chance at the gacha but you also have quite a few ways to earn rewards to directly get cards, food and experience such as the game’s story mode, side missions, time attack mode that will change each month, tournament mode, PVP, and Co-op. 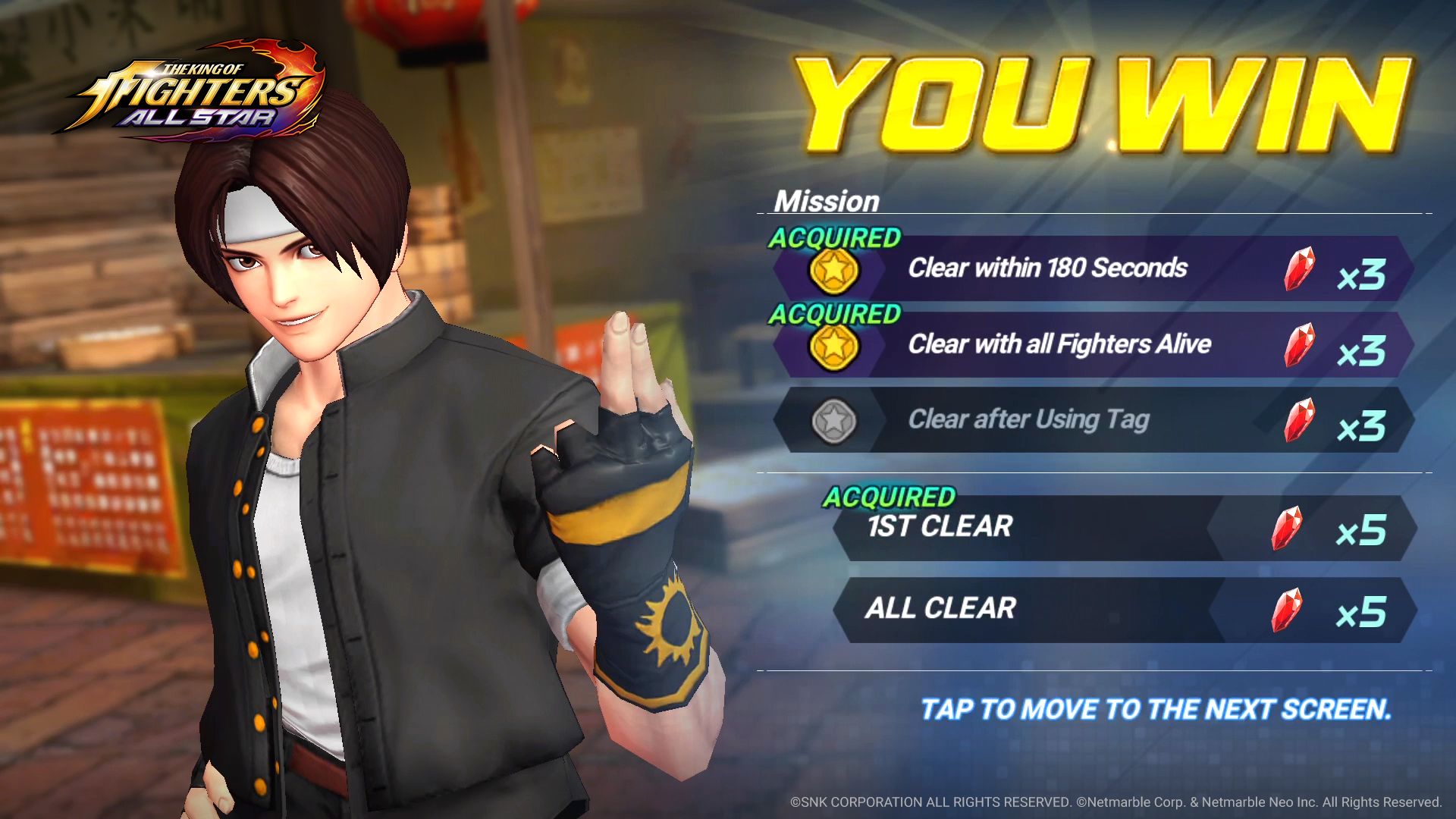 When I recently went to check out a new build of the game at the Netmarble offices, I asked about rewards, specifically how easy or difficult it is for characters to unlock characters, level them up and unlock their special attacks. I was told that the game is pretty generous when it comes to rewards, you are able to replay missions to keep earning items and some reward you straight out with special cards which is nice. As the game does have variant versions of characters you may use up all your rewards trying to unlock things so of course you can spend real world money but I want to wait and see just how easy or hard it is to save up to try to get more characters when the game releases.

Just a few more hours and I can play the game, I honestly can’t wait since the game just looks amazing.