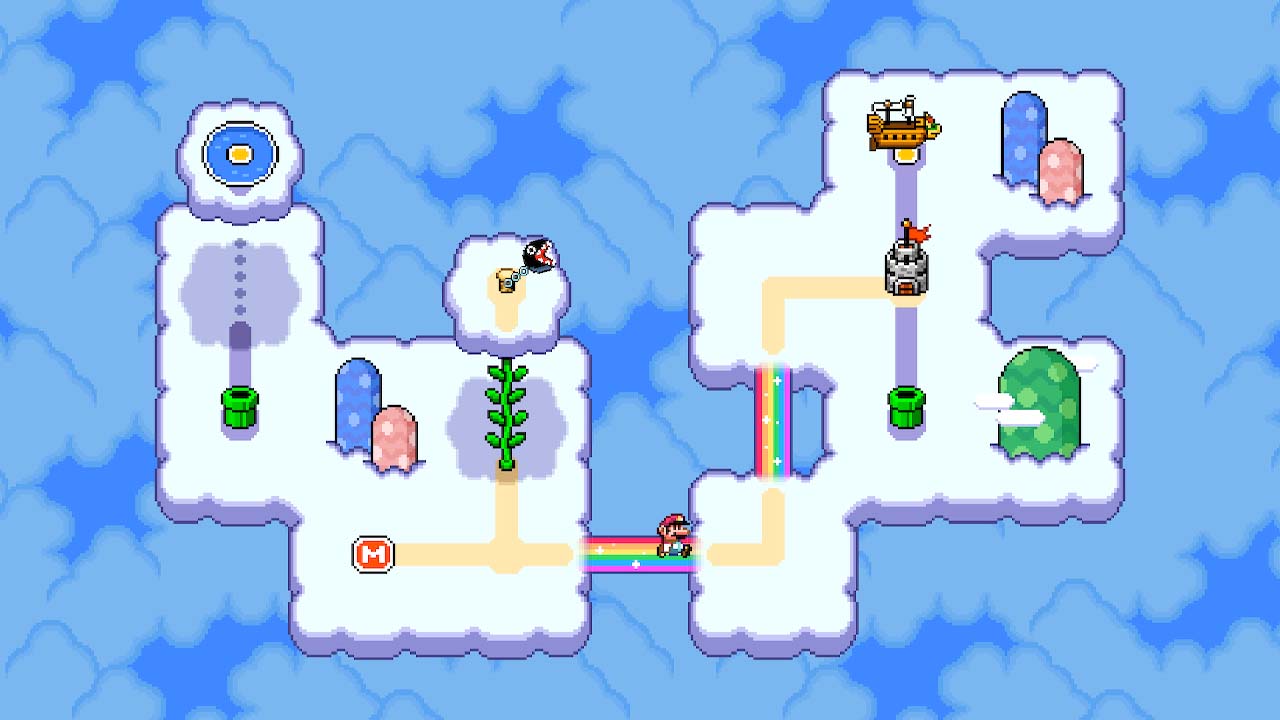 The final major update for Super Mario Maker 2 will essentially allow you to make an entire Super Mario game with the help of its new “World Maker” but we’re getting way ahead of ourselves here so here let’s break down what we know.

New heads for Mario are also coming along with the latest update! The Cannon Box allows you to shoot cannon balls from your head with a charge feature for longer range, the Propellor Box allows you to triple jump, the Red Pow Box gives you a big boom when you hit something above you, Goomba Mask allows for some super Metal Gear Sneakiness, and the Bullet Bill Mask allows you to fly through the air horizontally.

The biggest update in my opinion is the inclusion of the Koopalings. All of them are now in the game allowing for some serious mini boss shenanigans for creators. The Koopalings are not available in the Super Mario 3D World style.

There will also be new parts to look at when thinking about level composition. Phanto from Super Mario Bros. 2 returns when you grab his special key, on/off trampoline allows for some clever platforming if managed correctly, Mechakoopas make their return with some very weird variations. Red Mechakoopas shoot homing missiles while the blue ones fire intense lazer beams. If you use Mechakoops at night they begin flying in the air with their jet engines.

As the name of the update suggests, World maker allows you to make routes for several courses including customization and special stages similar to that of an actual Super Mario hubworld. The World Maker also includes several ways ot customize it including decorations such as bridges and hills, special stages similar to that of the matching minigames from Super Mario Bros. 3, and a bunch of themes to really make your Super Mario adventure your own.