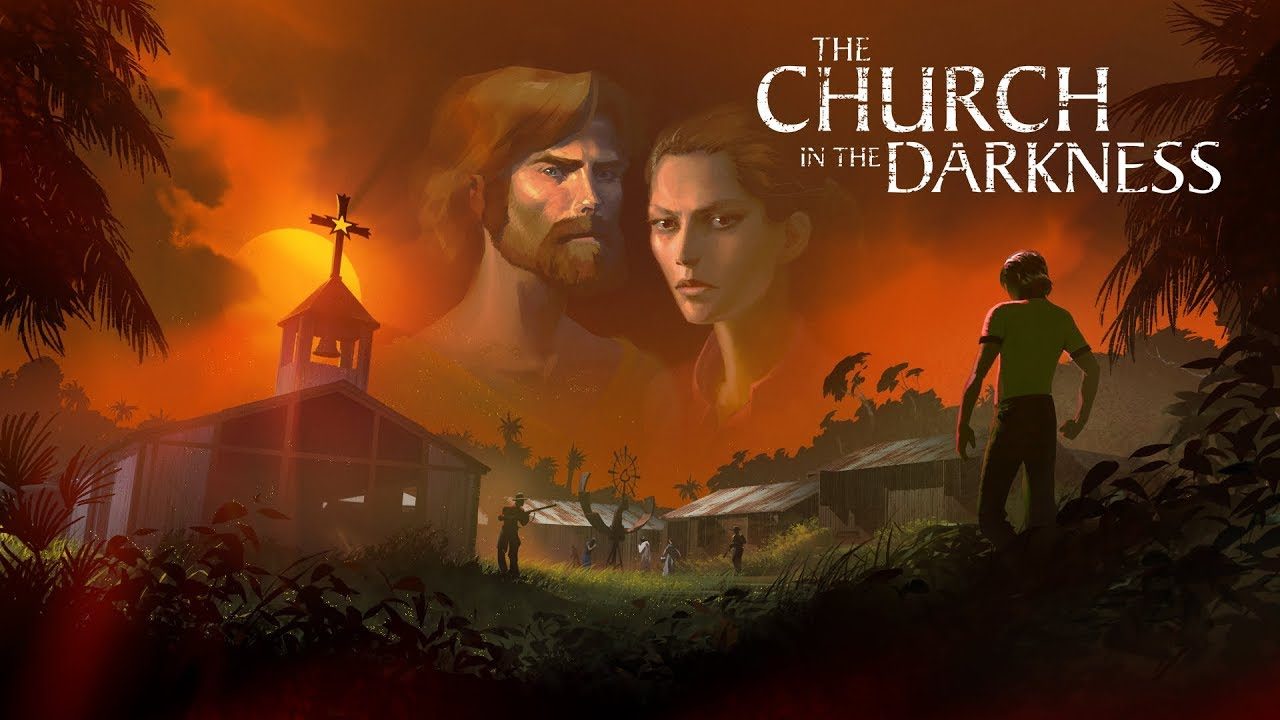 The Church in the Darkness Review – A Cult Conspiracy

The Church in the Darkness, from developer Paranoid Productions and published by Fellow Traveler, is an action-adventure title that doesn’t shy away from tackling some sensitive topic not regularly seen in many games. Unfortunately, the solid framework The Church in the Darkness exhibits is let-down by its minimalistic gameplay and frustrating steal sections. 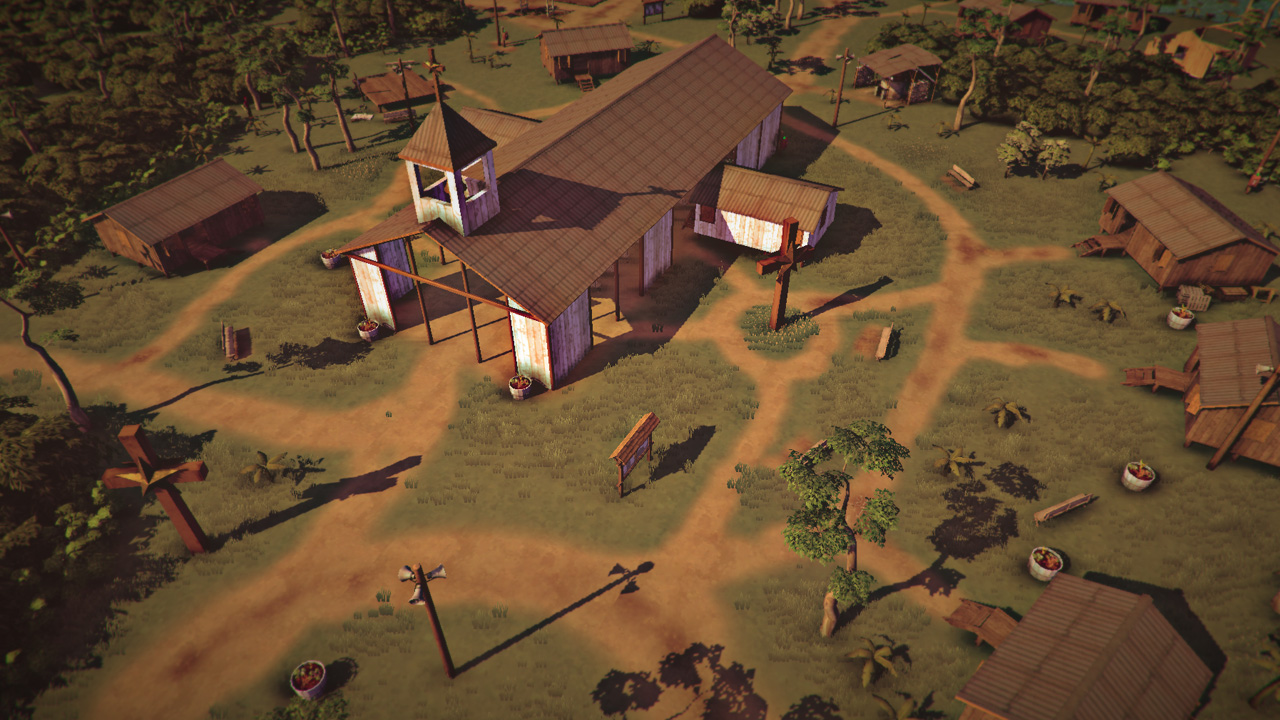 The year is 1977 and you’ve just found out that your nephew has joined a religious cult. He has moved to the jungles of South America where they have established a community called Freedom Town, and now it’s your job to infiltrate this disturbing social slave camp. As you delve deeper into the lore of the community, The Church in the Darkness will test your moral compass as you are free to make choices how and when you want to.

While making your way through Freedom Town, you realize just how lacking the residents are of any actual freedom. You build on the narrative of the title by collecting notes located on desks in various houses around the map. The locations are all randomly generated and personalities are even stated to change with each new playthrough. Speaking of different playthroughs, The Church in the Darkness features multiple endings with each requiring a complete and separate playthrough. 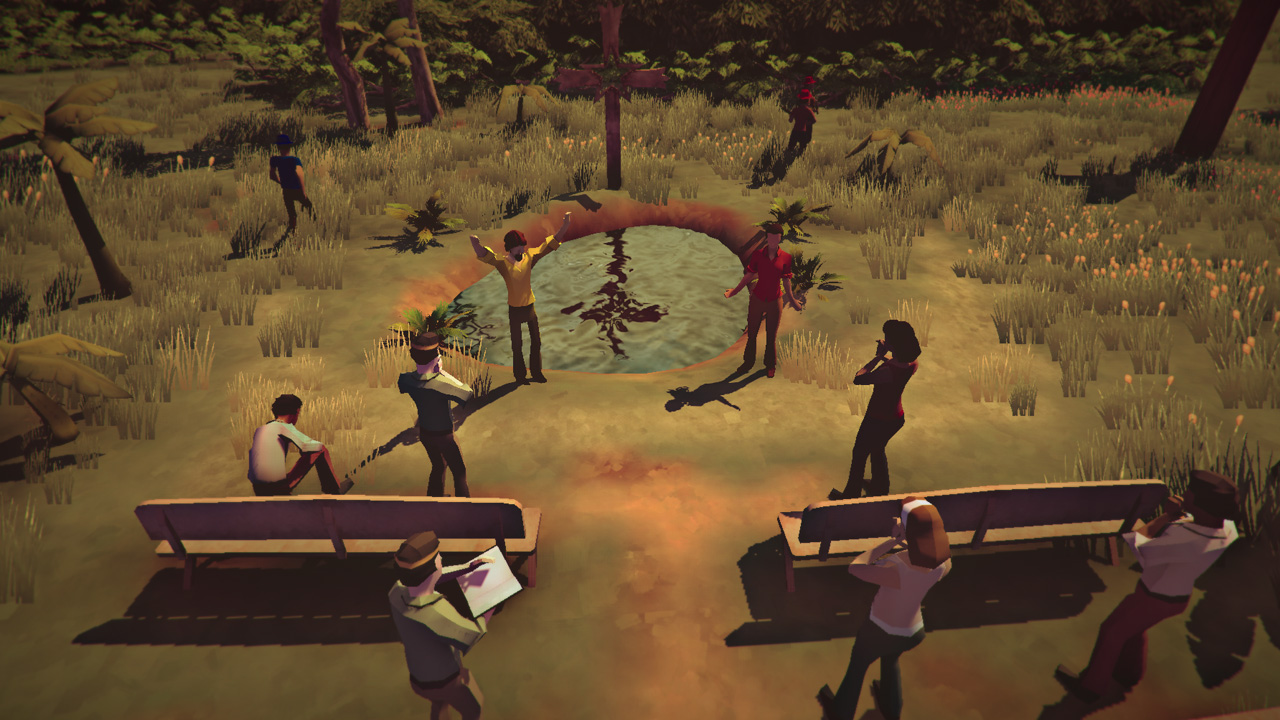 Because of the open ended nature of the game design, the developers went with a permadeath approach, meaning that you have to be extra careful or it’s a “Game Over” on any specific run. Killing is not mandatory however, as you have the choice to distract or dispatch your enemies, but it’s entirely up to you. No doubt, you will be on edge the entire time as any encounter could be your last. You are able to see visible borders of the enemy’s line of sight, but this requires a button press and can only be done while standing still. This adds an extra layer of tension and complexity to each encounter, especially when circling your way through enemies.

Unfortunately, having to take part in any encounter is an exercise in tedium and frustration. The Church in the Darkness is a clunky experience at best and more often than not is a frustrating one. The controller layout works against the player, with only the stealth and sprint being swappable on the Switch. The takedown button is also the same that throws a rock go distract enemies, so one wrong tap will instantly break your cover. Shooting a gun is also awkward with you having to hold ZL to enter an aiming mode then using the right stick to aim which is not ideal. 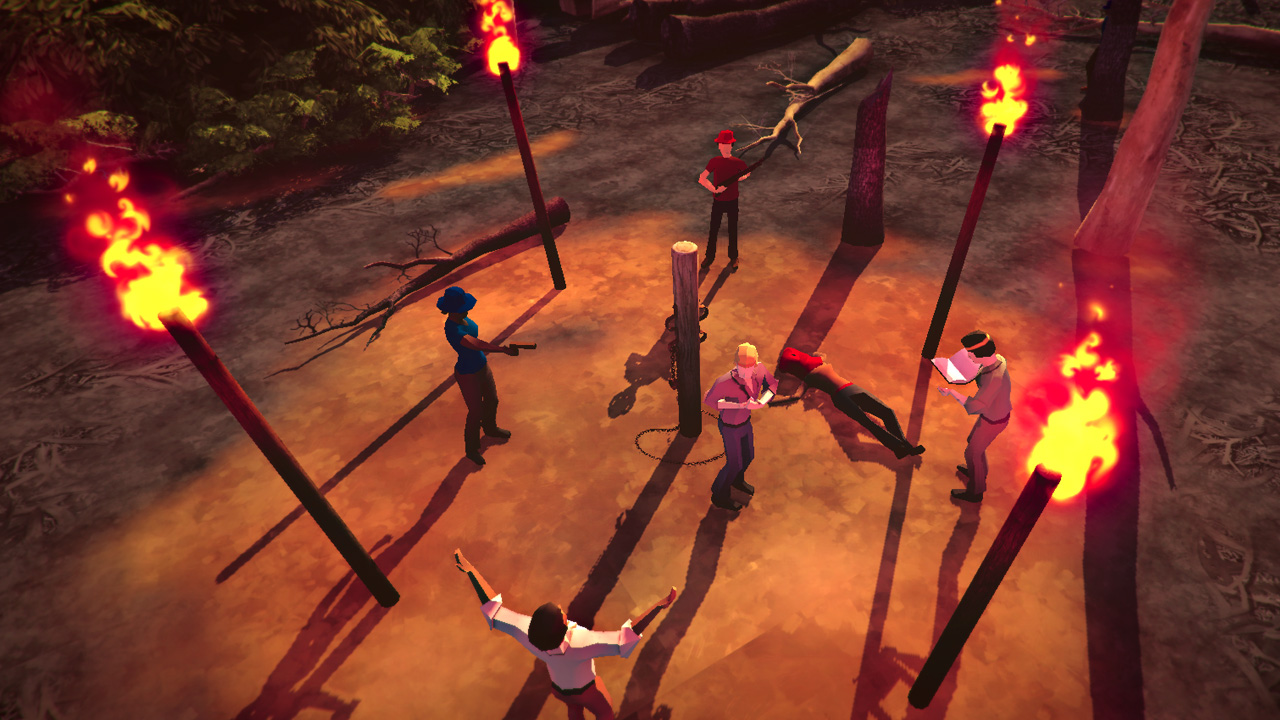 Thankfully, The Church in the Darkness features a great aesthetic and atmosphere. The natural sounds of the jungle create a nice backdrop to the separatist propaganda blaring over the loudspeakers in the town. The dialogue is unsettling in execution and just adds to the tension of each situation you’re presented. Each interaction with an NPC is palpable and the dialogue exchanges with the friendly townsfolk adds to the charm and atmosphere. I also appreciated how you could switch up your loadout for each playthrough for a good amount of variety.

Going back to the peramdeath nature of The Church in the Darkness, you do get three lives, but if you are killed three times you are forced to restart. This is encouraged though, as you are allowed to randomize the map and personalities of the preachers each play-through. You can also restart with the same exact settings as before if you want another clean shot. Unfortunately, the poor controls and clunky game-play undermine this entire concept. It’s truly a shame because it brings the excellent story and atmosphere down with it. 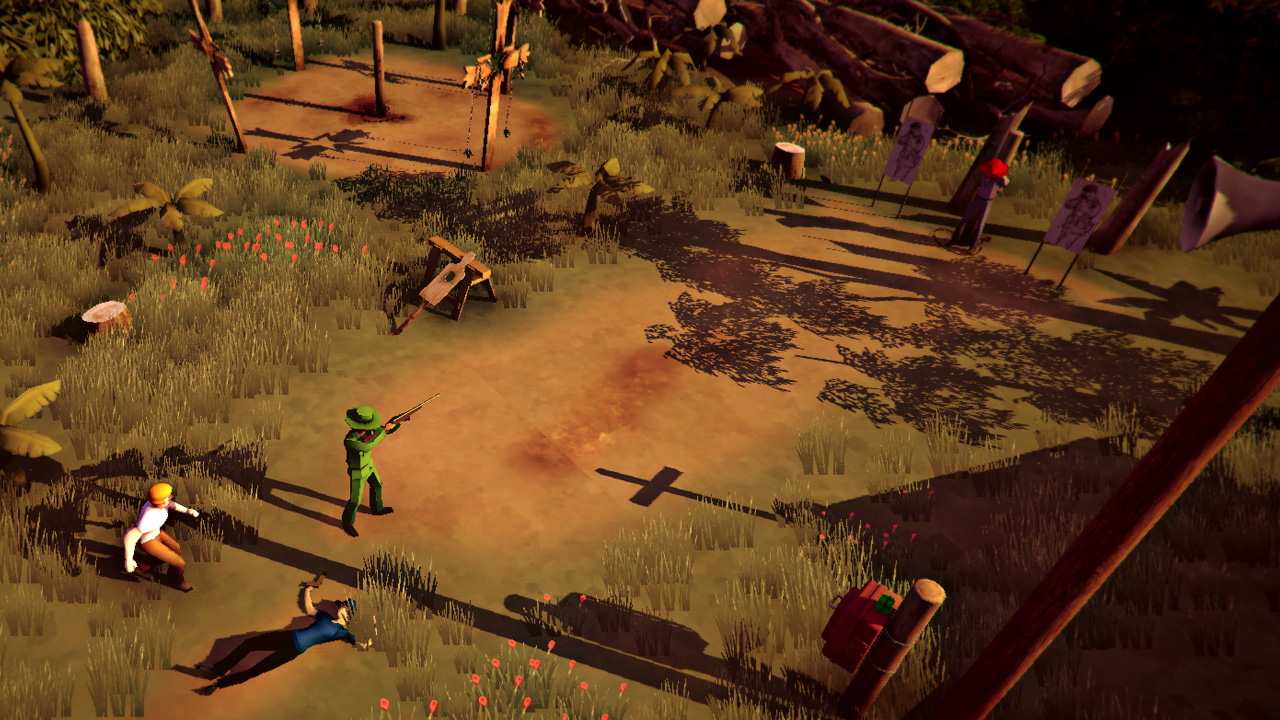 Overall, The Church in the Darkness is an interesting concept with a story that is intriguing, but falls flat where it counts with gameplay. While the narrative is worth investing in, the controls are still not up to par to be enjoyable. The characters are interesting and the voice actors make for a compelling narrative, but they do just boil down to boring fetch quests. It’s unfortunate to see an interesting narrative be undermined by so many fundamental flaws that make a game fun. There is something here for those who can look past its flaws, but that may be too much of a tall task to overcome.