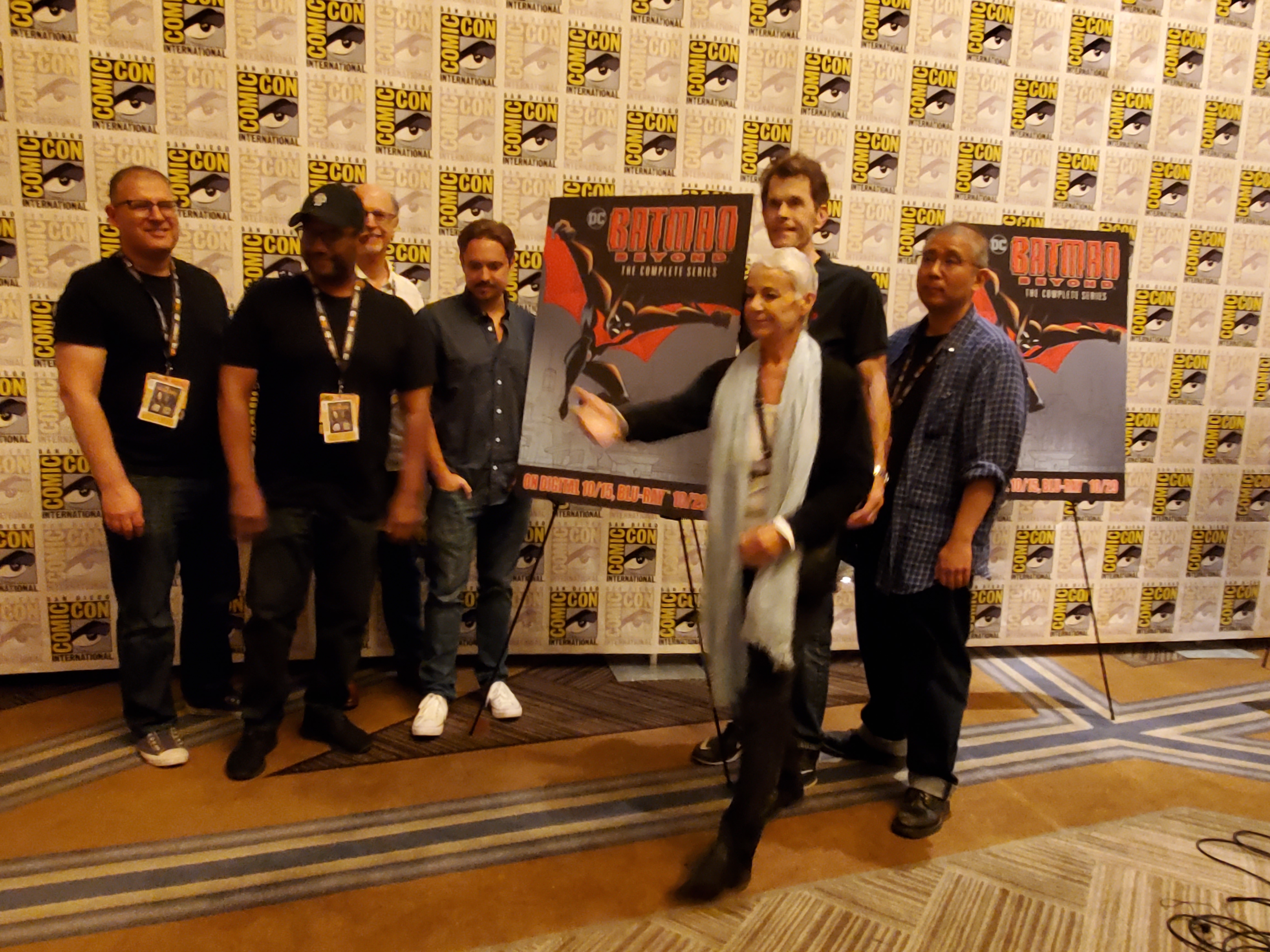 This year marks the 20th anniversary of Batman Beyond, can you believe that? Growing up it was a series I loved watching and was sad that it never got the ending it deserved originally, luckily years later we would get more answers in the Justice League Unlimited episode “Epilogue”

At San Diego Comic-Con it was revealed that Warner Bros. Home Entertainment will finally bring the series to Blu-ray with Batman Beyond: The Complete Animated Series Limited Edition. You won’t just get every single episode in this package, as it will also include two bonus discs of enhanced content, such as the entire film Batman Beyond: Return of the Joker.

So what better way to celebrate this then by talking with the people behind the series and we did just that which you can see in the videos  below: