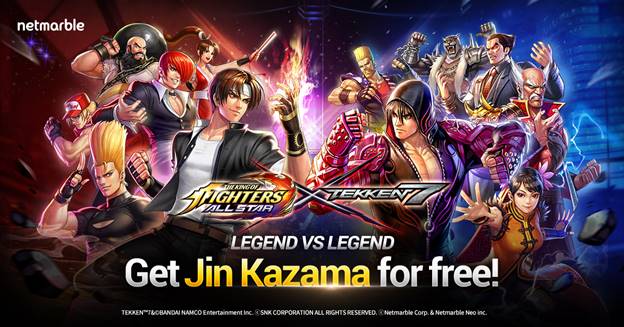 This collaboration also adds quite a few events adds plenty of new content including the return of the Mid-Summer Festival with Athena (which was available at the games launch for 12 days), three rush events, a new special event where you can earn material to craft Yamazaki of the Underworld, a new advent dungeon and battle card dungeon.

Other additions to THE KING OF FIGHTERS ALLSTAR include:

New KOF Fighters are available for players to collect

For more updates make sure to check out the King of Fighters Allstar Facebook page.