Happy May the 4th be with you, everyone! starwars.com has just announced that Academy Award-winning director Taika Waititi has been tapped to direct and co-write the next Star Wars feature film to be released on the big screen. Waititi recently received an academy award for Best Adapted Screenplay for Jojo Rabbit as well as directed Thor: Ragnarok and also co-wrote and directed one of the funniest mockumentaries to date, What We Do in the Shadows. Additionally, Waititi directed the final episode of the fan-favorite The Mandalorian on Disney+. 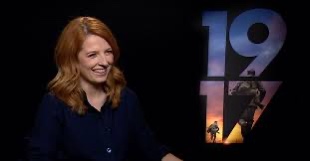 Also attached to the project is Academy Award® nominee Krysty Wilson-Cairns (1917) who will be sharing screenplay duties with Waititi. Wilson-Cairns wrote the screenplay for Last Night In Soho and was also a staff writer for Penny Dreadful in 2016.  No other information or a release date for the film has been announced yet but we’ll be waiting with much anticipation!

Happy May the 4th Be With You, everyone!