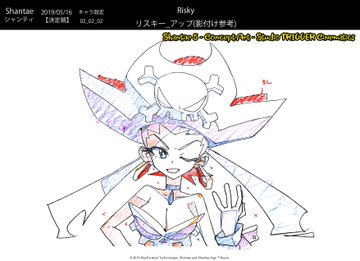 Shantae 5 was announced earlier this year and since then we have heard nothing from Wayforward since as they are hard at work creating the game. That’s what makes the news that they are now working with popular animation studio TRIGGER to bring a special animated opening to the upcoming game that much sweeter.

The news was broken today via Twitter with a sneak peek of some production assets from the collaboration.

We are thrilled to announce our collaboration with the amazing folks at @trigger_inc, who will be creating a brand-new opening animation for Shantae 5! We'll have more details soon; for now, here's a sneak peek at some production artwork! pic.twitter.com/KkTy0hxH0y

Studio TRIGGER has a track record for amazing animation with a portfolio that contains Kill La Kill, Darling In The Franxx, and the upcoming film Promare along with other projects around the corner including the upcoming fighting game Kill La Kill: IF.