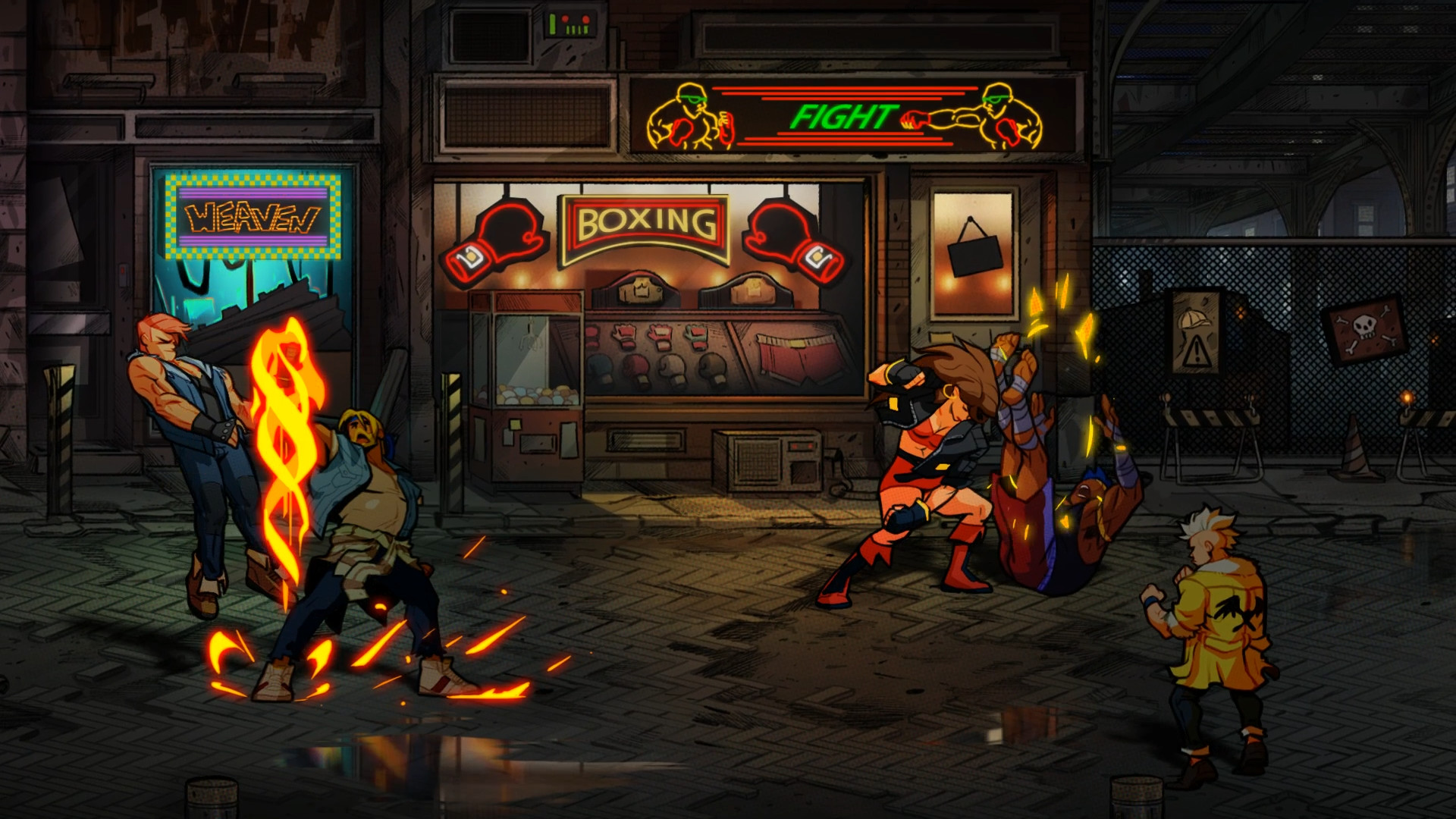 Ahead of PAX East the developers of the upcoming Streets of Rage 4 game Dotemu dropped a new character trailer that introduces the world to Floyd Iraia.

Meet Floyd Iraia, the last Streets of Rage 4 playable character, who dishes out serious damage with his incredibly strong cybernetic arms. Although Floyd’s movement and health recovery are slower than most, he boasts the longest reach among the playable roster and tremendous power, ensuring any combo he puts an enemy through will be devastating.

Revealed back at E3 2019, Streets of Rage 4 looks to bring players back to the golden days of beat em’ ups while introducing new elements to the latest generation of consoles. A huge addition to SoR4 is the inclusion of online 2 player co-op and 4 player local co-op making this a true return to arcade styled beat em’ ups.

Streets of Rage 4 will be coming to Nintendo Switch, PS4, Xbox One, and PC in Spring 2020.