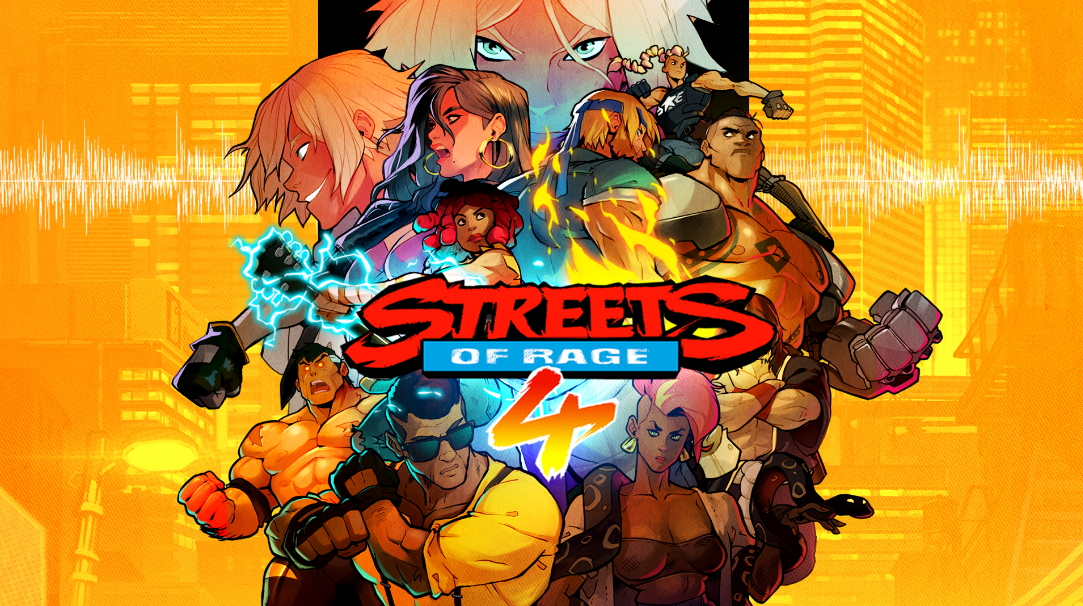 Back in 1991 it was the wild west of video games. Consoles were starting to take off but the real war was in being held in arcades with some of the best beat em ups like Double Dragon, TMNT, and Final Fight. Although plenty of them would see a release on home console one was exclusive to an emerging system and that was SEGA’s 1991 classic Streets of Rage.

The game follows Adam Hunter, Axel Stone, and Blaze Fielding as they battle through the ‘streets of rage’ to take down the evil Mr. X who is bent on controlling the once peaceful Wood Oak City.

The game was well received enough to see 2 sequels and several ports throughout several generations of gaming. The series is still regarded as one of the best beat em up franchises of all time after Streets Of Rage 3 seemingly wrapped up the story back in 1994 with the death of Mr. X.

That’s why it was extremely shocking when the trailer for the sequel Streets of Rage 4 was revealed back in 2019. The story continues and Axel along with Blaze and several other characters hit the street for one final ride and what a ride it was.

Game reviewed on Xbox One

The Streets Have Never Looked Nicer

The first noticeable difference to the game is the gorgeous jump to hand-drawn animated sprites rather than pixel sprites. Each element of this game was drawn and animated with a stylish thick outline and defined proportions, it just oozes personality. Some of the locations in the game are some of the best I’ve ever seen in a beat em up while some look a little messy and repetitive.

The main crew looks phenomenal with their redesign Axel has his beard, Blaze looks completely different in the best way possible, the newest character Cherry fits right in to the original family, and Adam looks better than ever. The art direction alone makes me feel like I am reliving through what it felt like for me to play Streets of Rage.

Boss characters are the best in the series by far with a few returning favorites and a few new foes that each radiate this sort of energy that is often missing in these sort of games. Each of them containing their own psychology when in motion like Max with his lunging or Nora with her strut. 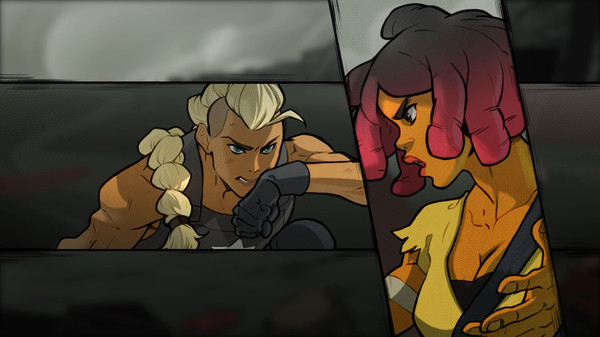 The Fight Continues
The gameplay for Streets of Rage 4 retains it’s ability to feel instantly natural upon the first hit and continues to offer more depth with each character you pick up. Each character has a wide arsenal of moves to inflict massive damage including some of the coolest finishes to date combined with the excellent animation each are a sight to behold.

The game also dips into it’s rich history and offers players the opportunity to play as 17 characters throughout the franchise 5 with the Streets of Rage 4 handdrawn style and 12 pixel characters from previous games like Dr. Zan, Eddie, and Max.

This game has an insane amount of replay ability thanks to its many game modes to choose from including Story Mode, Arcade Mode, Boss Rush , Stage Select, and Battle. Story mode is an absolute blast to play through and generally lasts around 3 hours but the real challenge of Streets of Rage 4 is surviving on hard, hardest, or Mania difficulty. 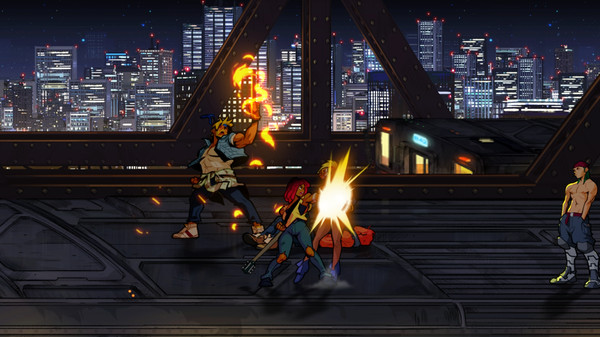 Difficulty
The difficulty in this game fluctuates very unnaturally despite how you play and sometimes disrupts the flow of the level. Some areas may be a breeze after a few attempts but others are absolute nonsense and becomes a matter of swallowing your pride and accepting an assist on the next playthrough(I’m looking at you Underground).

Stage select is for those trying to get an S rank on stages they may have missed in story mode, arcade mode challenges you to complete the game in one go the way arcade games were meant to be played, boss rush is exactly as the name implies, and battle is a very fun multiplayer addition that doesn’t really go that far but is welcome anyways.

Multiplayer in Streets of Rage 4 isn’t the best but the ability to play through the entire story online with a friend or stranger is something that should at least be commended. Through my 3 playthroughs I completed two with an online player and each of those playthroughs were riddled with so many disconnects that myself and the other player decided to become friends on Xbox Live to easily invite eachother rather than attempt to find another game. 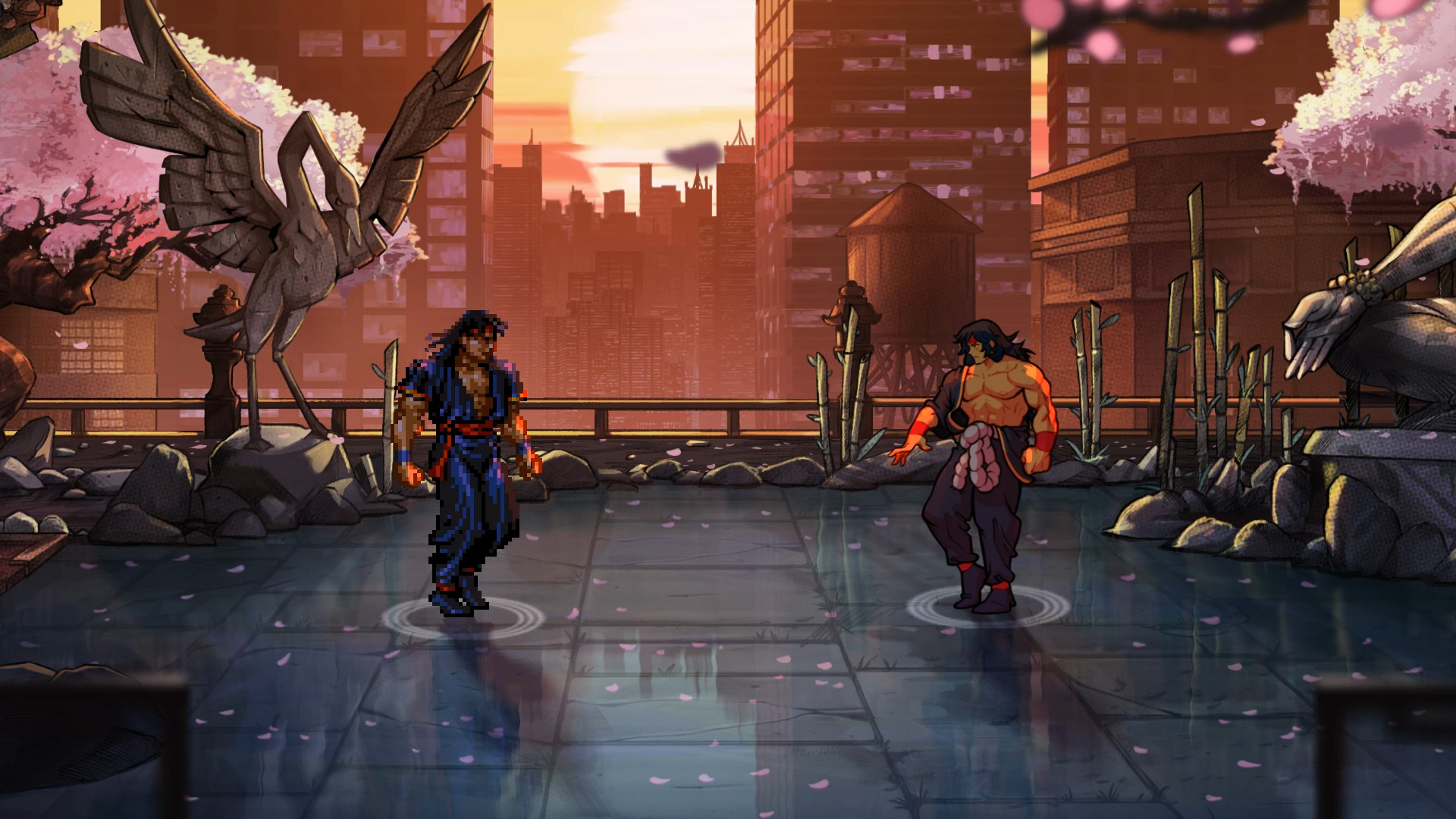 When it works it works, when it doesn’t it sucks.

Local co-op is a dream come true as it plays exactly how you’d want a co-op beat em up to be. It wasn’t until I got to this point that I realized playing this story solo and climbing up the streets of rage is absolutely in no way shape or form fun without some buddies to back you up.

Chill Beats To Beat People Up To
What else to top off this review than by talking about this games absolute banger of a soundtrack. Composed by Olivier Deriviere, Yuzo Koshiro, and Motohiro Kawashima 3 individuals who have worked on countless projects including the original Streets of Rage titles the soundtrack mixes the underground street rave with some of the new age synth you would hear in today’s underground electronic music. 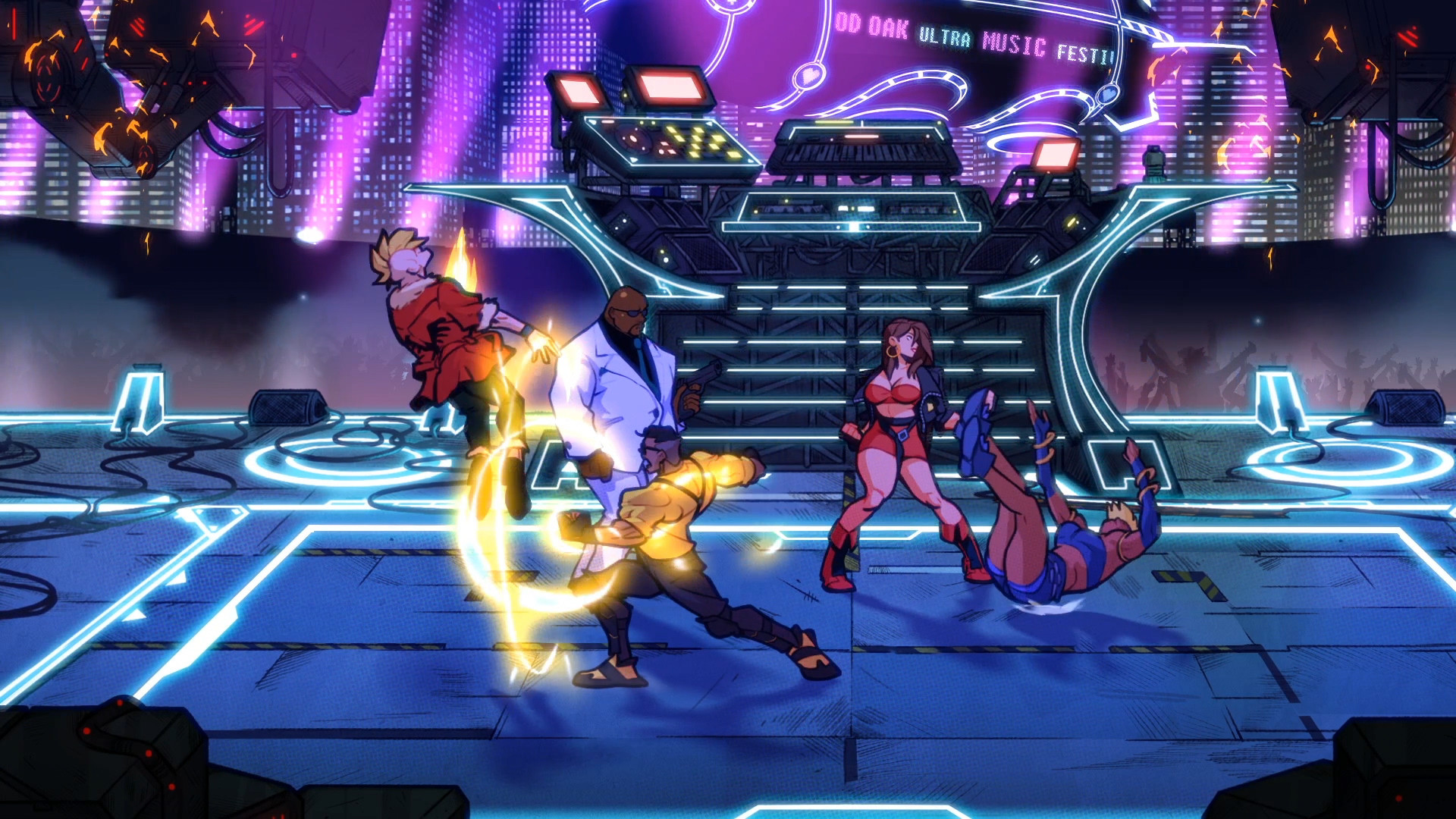 The soundtrack does an immensely well done job at paying respect to the original games while still being unique enough to stand out on its own not only as a game soundtrack but an electronic album in general. In fact, the soundtrack is available on Spotify and other music streaming services.

If the newer music isn’t your cup of tea then you’d be pleased to know the team decided that they would include the original Streets of Rage and Streets of Rage 2 soundtracks for players to swap out in game.

Verdict
Streets Of Rage 4 is an absolute beast of a beat em up with a a faithful continuation of the legacy of Axel, Adam, Blaze and everyone this journey has picked up along the way. The buck doesn’t stop at the story mode though as the game challenges you past your rational limits to try harder and harder until it is etched in your mind.

The campaign is short and sweet, the difficulty spikes challenge you to try new things or swallow your pride, and the soundtrack is easily the best in the series. Streets of Rage 4 is like a buffet, there’s a whole heap of content available for any type of beat em up fan for such a minuscule price and I sincerely hope SEGA has plans for more surprises like this in the future.