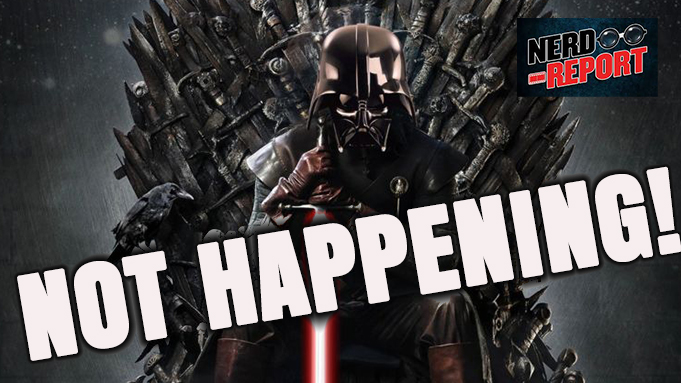 According to Dealine Hollywood, “GAME OF THRONES” creators and show runners D.B. Weiss and David Benioff have exited their planned “STAR WARS” trilogy for Disney and Lucasfilm. The duo planned to write and produce a new Star Wars trilogy which had a projected 2022 production date.

The news of Weiss and Benioff’s deal with Netflix this past summer is cited as a major factor for their exit as their schedules have become crowded with new original projects set up at the streaming service Netflix. The two writers were developing a new Star Wars trilogy that would not be connected to the Skywalker saga which spans Episodes 1-9 with the last film, “THE RISE OF SKYWALKER”, opening at the end of the year (December 21st).

In a shared statement to Deadline, the duo said, “We love Star Wars. When George Lucas built it, he built us too. Getting to talk about Star Wars with him and the current Star Wars team was the thrill of a lifetime, and we will always be indebted to the saga that changed everything.”

Weiss and Benioff developed “GAME OF THRONES” for HBO in 2011 which ran for seven seasons and grew into a worldwide phenomenon being nominated for countless Primetime Emmys and winning Outstanding Drama Series and Best Actor for a Supporting Role (Peter Dinklage).

The only active Star Wars projects that are currently in development are the “OBI-WAN KENOBI” spin-off series starting Ewan McGregor and the “CASSIAN ANDOR” Rogue One prequel series with Diego Luna and Alan Tudyk set up on the Disney Plus streaming service.