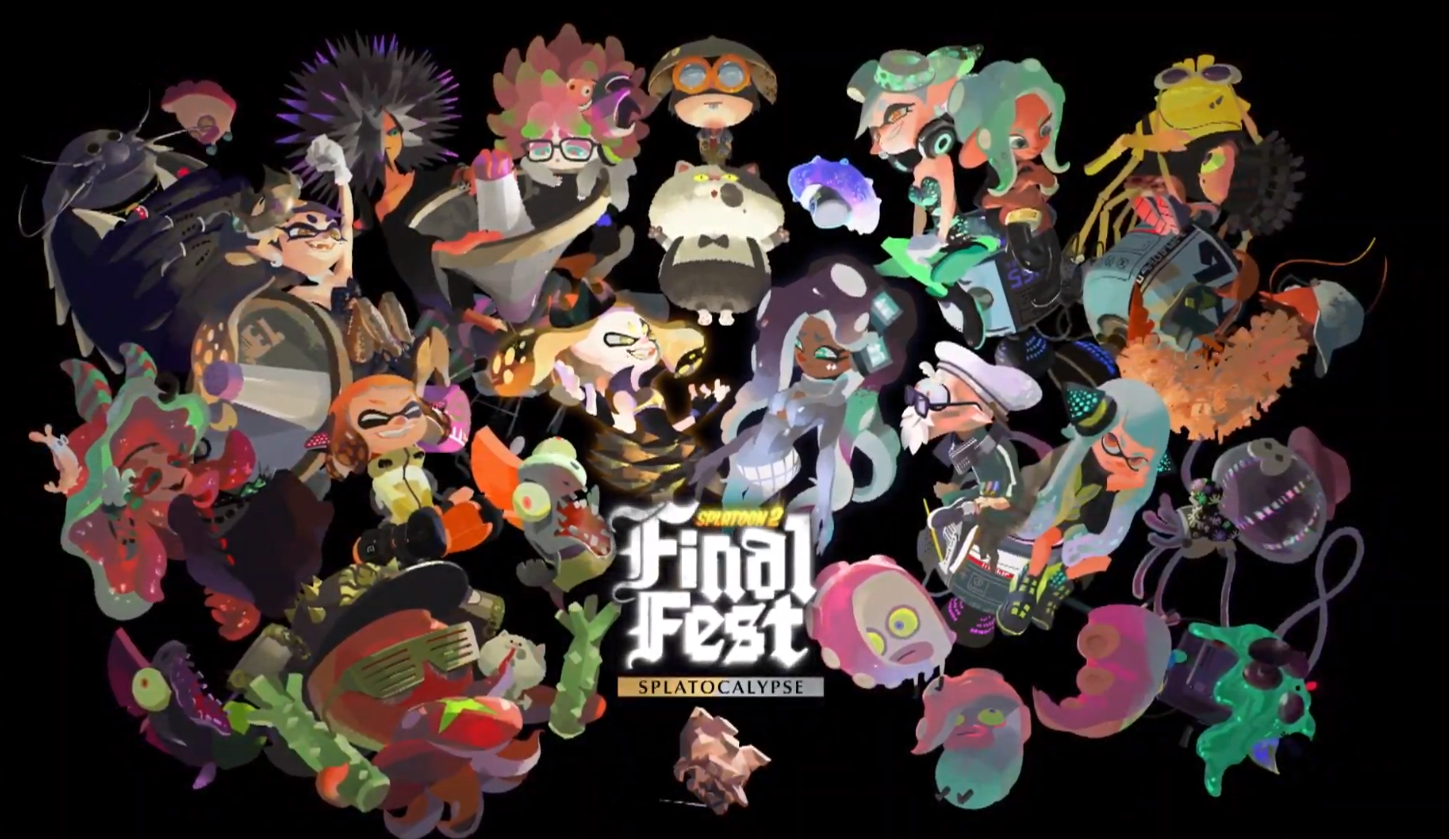 Splatoon 2 Final Splatfest Will Be Chaos Vs Order

During the Splatoon 2 World Championships today the producer of the series Hisashi Nogami came out to congratulate Japans team ‘GGBOYZ’. Once the celebration was winding down Nogami then revealed that the end of Splatoons update cycle would be ending in July in a BIG way.

From July 18th- July 21st Splatoon will hold its biggest Splatfest ever. Its CHAOS vs ORDER with final bragging rights on the line.

The time has come! The Splatocalypse looms over the world of #Splatoon2! Will you side with Pearl and embrace #TeamChaos, or join Marina and enforce #TeamOrder?

The #FinalSplatfest begins 7/18 at 5am PT, and runs for 72 hours! pic.twitter.com/9IQqs4yheO

On top of this event, all Shifty Station stage variations will also be in rotation, new merch will be available, and once the event is over the game will roll into update 5.0.

Update 5.0 will be a world after Splatfests as there will be no more Splatfests from that point onward. Splatfest stages will also be available on multiplayer as opposed to being exclusive to Splatfests.