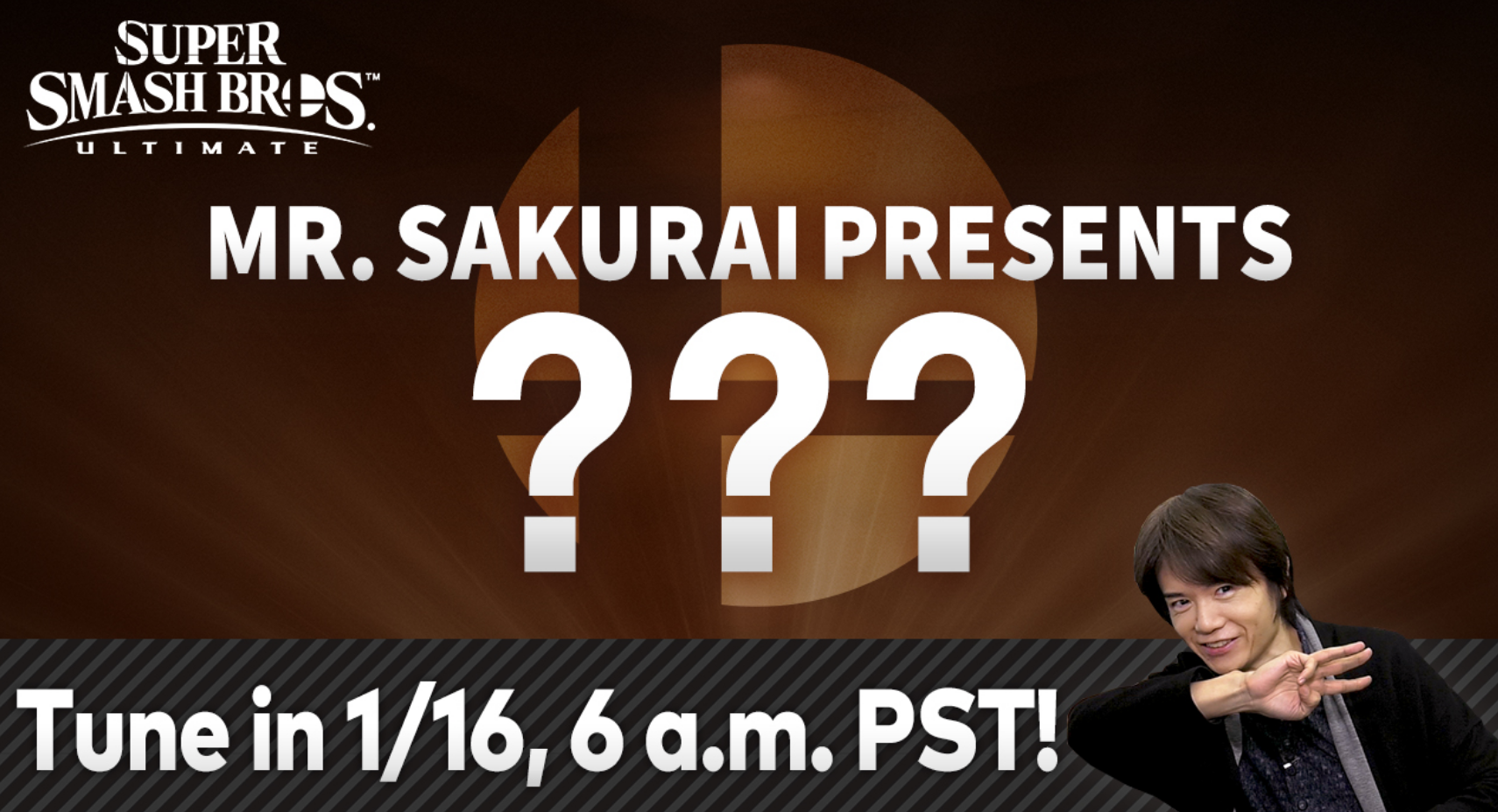 Announced on Tuesday, Nintendo will reveal the 5th character of the Super Smash Brothers Ultimate Fighter Pass 1. The 35 minute presentation will show off the fighter, break down their moveset and possibly reveal more details on future characters.

Join Super #SmashBrosUltimate director Masahiro Sakurai on 1/16 at 6am PT for a roughly 35 minute video livestream featuring an in-depth look at an upcoming DLC fighter, which he will unveil in the video! pic.twitter.com/aOz0ilAiXU

Fans have been speculating who will be revealed tomorrow questioning whether Sakurais pose in the announcement is a hint of some sorts. A few of the more popular guesses are Dante from Devil May Cry, Crash Bandicoot, and various characters from the Puyo Puyo series among many more.

The last presentation for a Smash character was back in November of 2019 when Sakurai nearly spent an hour showing off Terry Bogard.

The Smash Bros. Ultimate presentation will go live on Thursday January 15th at 6am PST on Nintendo’s official Youtube channel.