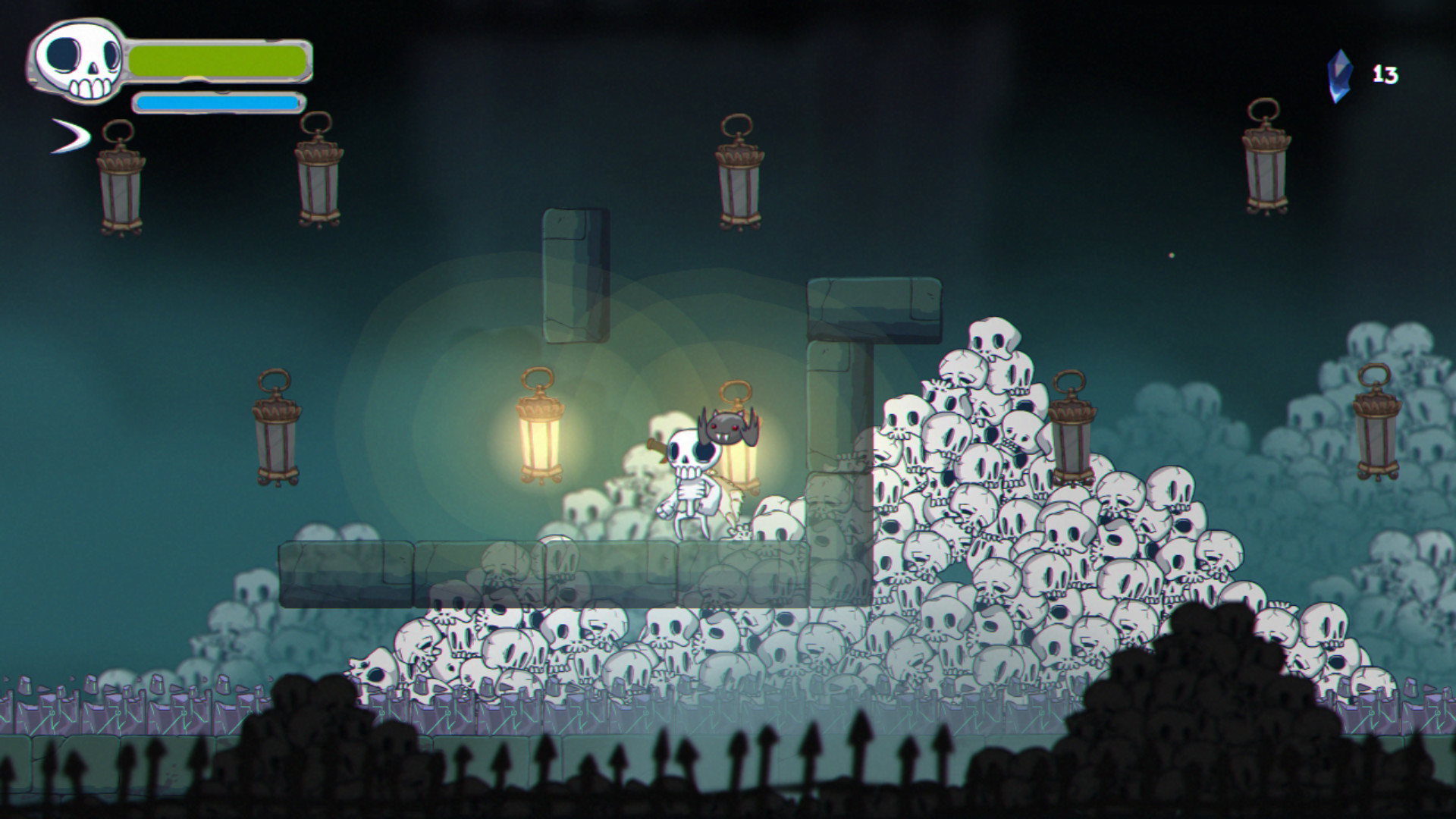 Skelattack Review: Does It Have Any Meat On Its Bones?

Among the many things happening in the world right now I don’t think I had “Konami publishing an indie game out of nowhere” on the ol’ bingo card. What was published was the charming Skelattack from Ukuza Inc. a small development studio with a few games under their belt including the 2018 title Epic Loon.

Skelattack is a rogue-like metroidvania title in which you play as Skully and their best friend, a bat named Imber. Together they work together to stop humans from stealing the Blue Flame in which all undead rely on to stay animated.

The game does a good job at peaking your interest but when you dig into the bag of bones you’ll find an above average title that doesn’t really turn the needle but offer a few hours of solid exploring.

The gameplay is very similar to other metroidvanias of a similar caliber. You traverse the maze-like level design to advance further through the story while overcoming roadblocks and detours along the way often finding small crystals and/or pages of the worlds lore. You can use the crystals found throughout the levels or collected by defeating enemies to purchase bone broth which boosts your health.

The game is quite short with a 4 hour campaign give or take your skill. Skill will definitely become a factor as I found myself running into several problems that had to do with attacking, object placement, and overall control of Skully. 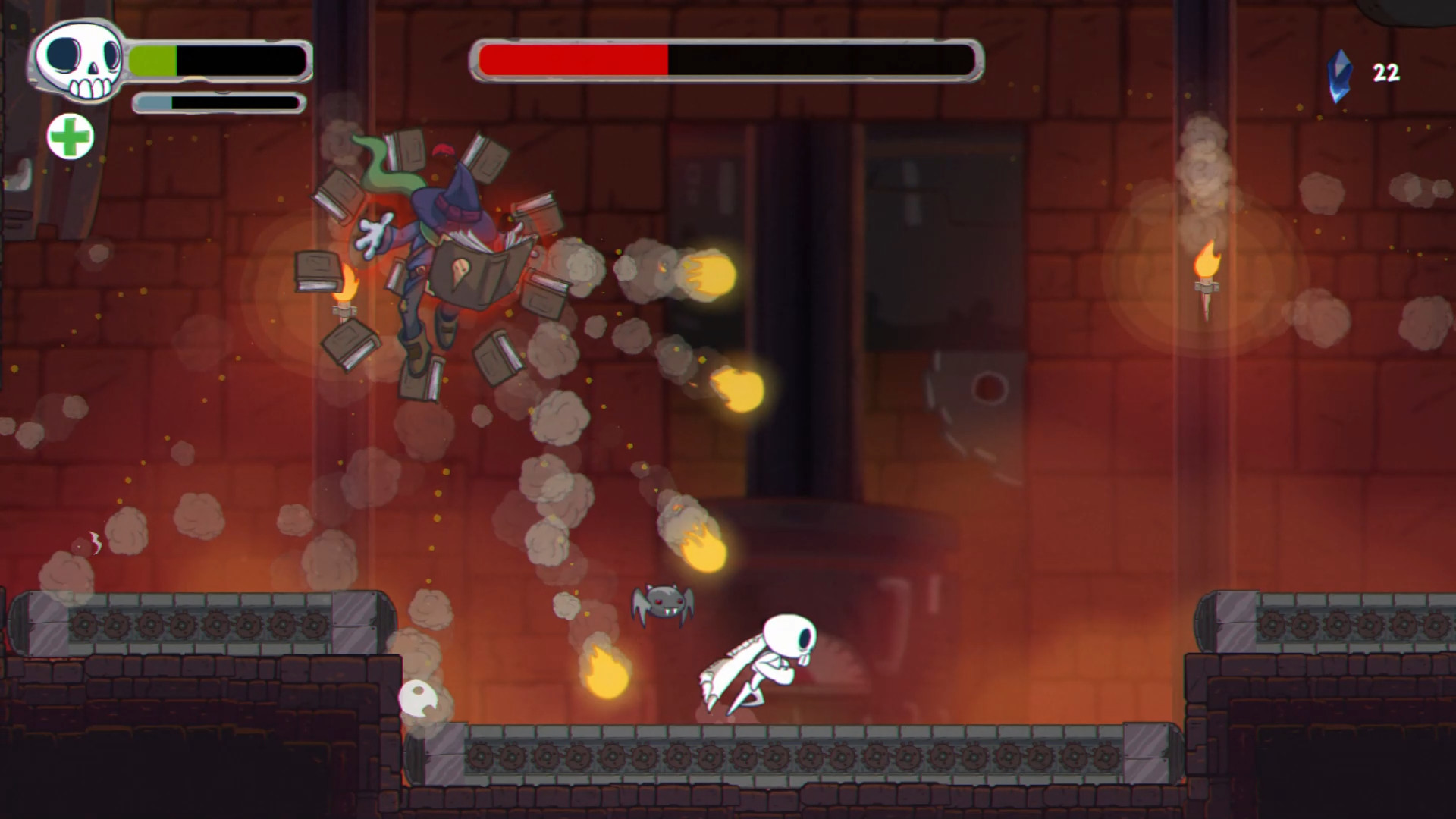 When it comes to you and your weapon I didn’t feel all too invested in the fights as each enemy has what I’d like to call “NES hitboxes” where I have to nearly hug some of the enemies to do damage all the while said enemy has a weapon that can reach me if I’m 2 countries away. I exaggerate but you get the point. Some of the locations and sections of the game are also pretty frustrating with some bizarre one hit kill placements making some areas a chore to get through.

Luckily there are ways to expedite the process with an overly abundant amount of checkpoints and a fasttrack system. I didn’t really use fast track all too much as there are only a few things to really do on the surface including the occasional ogre eye or the blacksmith. The library is pretty neat if you want to find yourself reading the lore of the land, it’s a nice little addition to get you more invested in Aftervale while you visit the town for business. 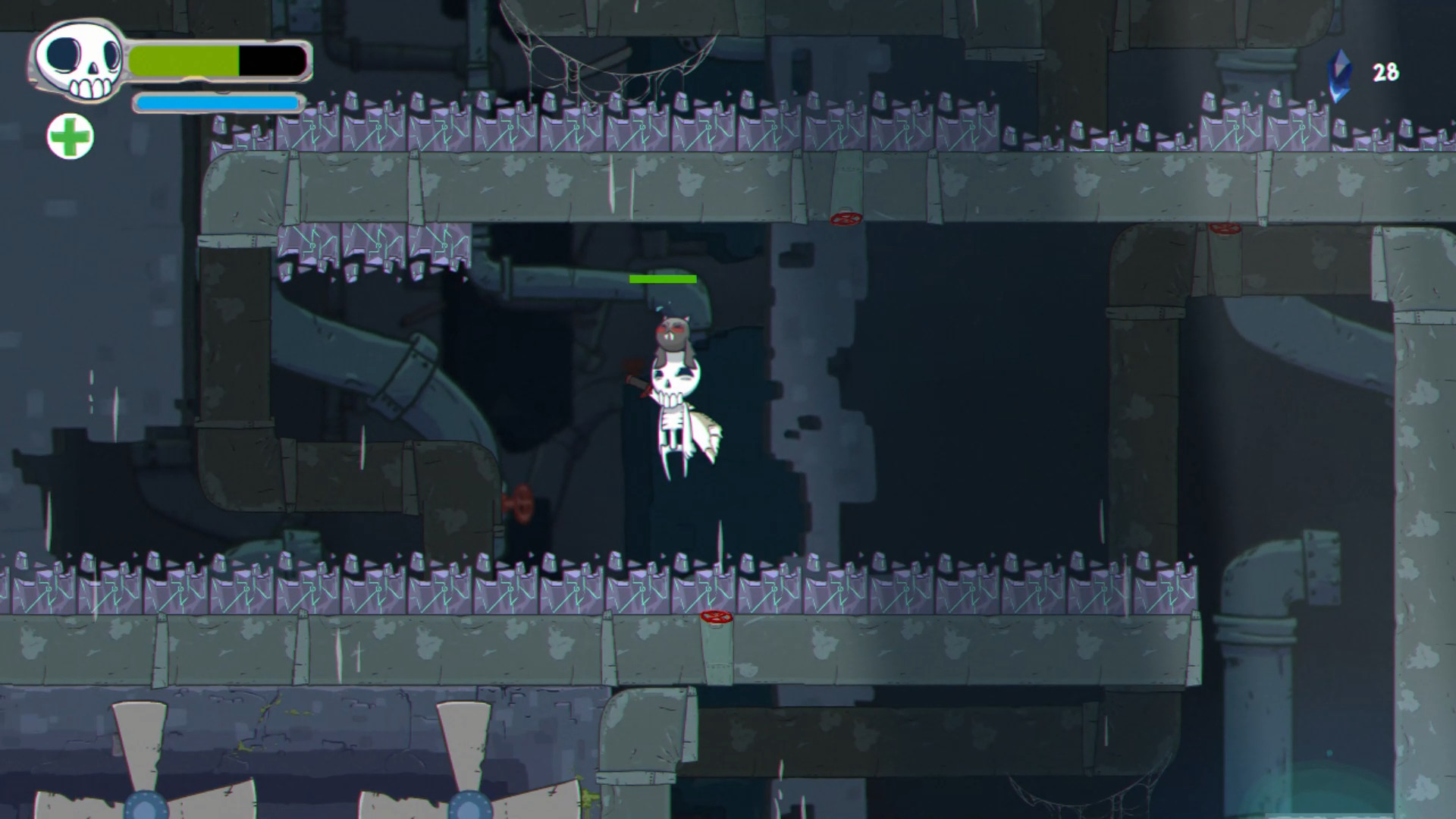 The visuals for the game are pretty charming with a more hand drawn sketchy look similar to that of a mix between Cuphead and Hollow Knight. The animation for the game feels a bit off as if it needed one or two more frames of animation per sprite to feel natural. Some animations also seem as though they are motion tweened and really bogs down the aesthetic the developers are looking for. 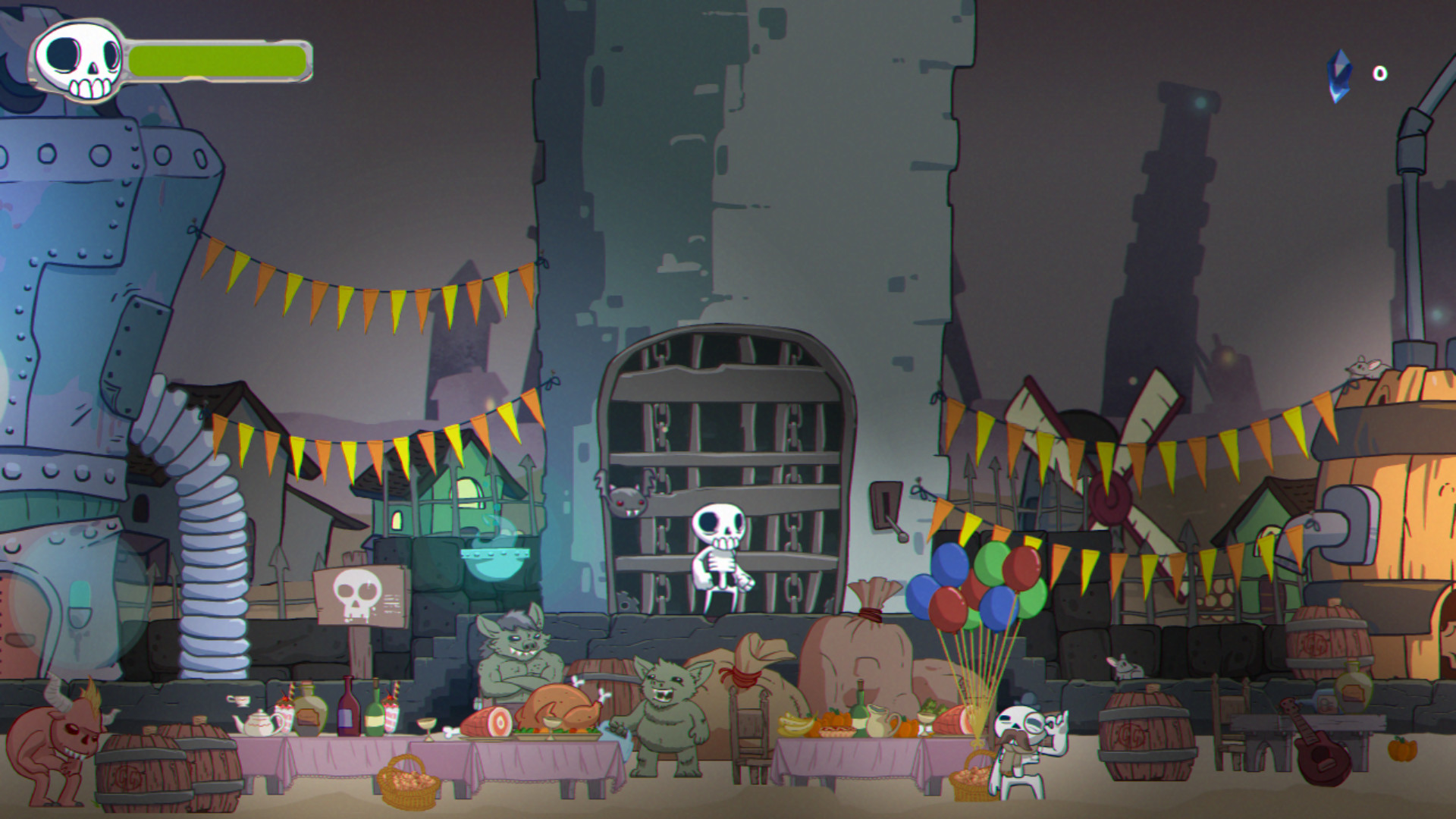 Other than that the world design, characters, and enemy designs are pretty unique but don’t necessarily stand out in terms of memorability. I don’t think I came out of playing this wondering when Skully is going to be in Super Smash Bros. Ultimate but I enjoyed the heights this game has.

Skelattack is in no way a bad time, with a charming adventure through a world of cute monsters and solid platforming there’s not much to hate. It’s a shame that the games difficulty is incredibly inconsistent at times along with sections of the area being nearly impossible to traverse at a semi brisk pace. The gameplay also feels a step away from being fluid but ends up feeling a bit bare bone.

I would definitely give it a try if you have a few hours to kill or want to complete the game in under 50 deaths.