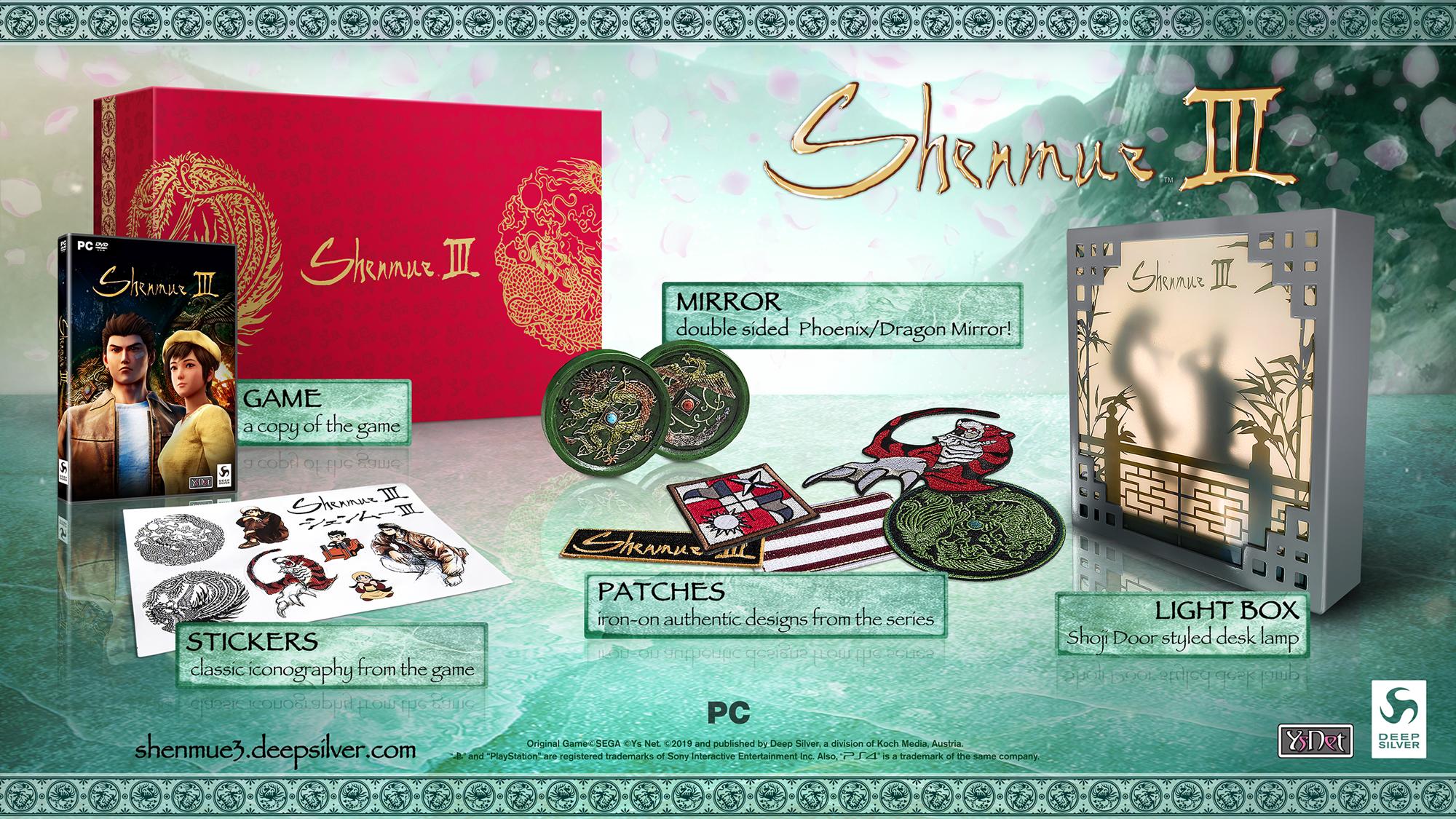 Limited Run Games had some exciting news for fans of Shenmue III as it revealed that it will be releasing a Collector’s Edition of the game in November. While Deep Silver will release a standard physical version of the game for the PS4 if you are wanting a little bit more this may be for you.

5,000 copies of the Shenmue 3 Collection’s Edition will be created with 4,000 of them being for the PlayStation 4 and the last 1,000 for PC which contains a double-sided mirror featuring the Phoenix/Dragon emblem, a set of stickers, a set of patches, and a Shoji Door-styled desk lamp lightbox.

It was also revealed that Shenmue III will also be an Epic Store Exclusive moving forward.