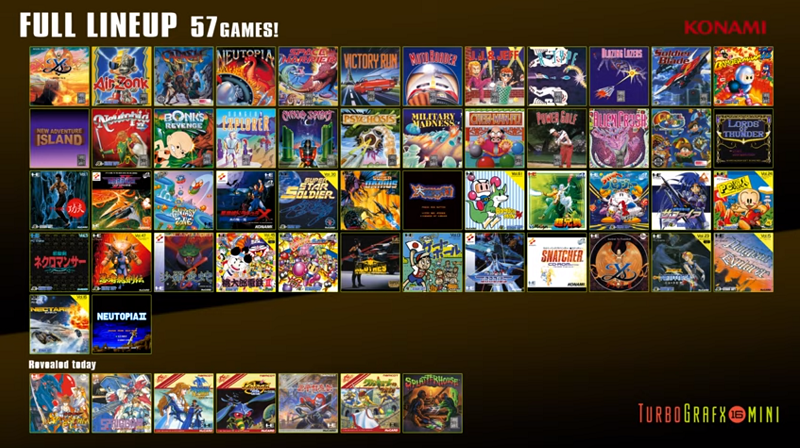 Just when you thought we knew the full line up of games coming to the TurboGrafx-16 Mini, Konami has a bit of a surprise in store as it revealed that seven more games will be added to the mini console which include: Splatterhouse, Dragon Spirit, Galaga ’88, Seeirei Senshi Spriggan, Spriggan Mark 2, The Genji and the Heike Clans, and The Legend of Valkyrie.

This raises the total games on the system to 57 (25 TurboGrafx-16 games and 32 PC Engine games) but there are a few titles that overlap on the system. There will be a few games that might be hard to play without knowing Japanese like Snatcher unless Konami and M2 end up release an English translation which would be nice but as of now, we don’t think that is going to happen.

The TurboGrafx-16 Mini is set for release on March 19th, 2020 and is priced at $100. It will only be avalaible via Amazon.com so you might want to put your pre-order in soon if you are looking to enjoy some great Tg-16/PC Engine games.