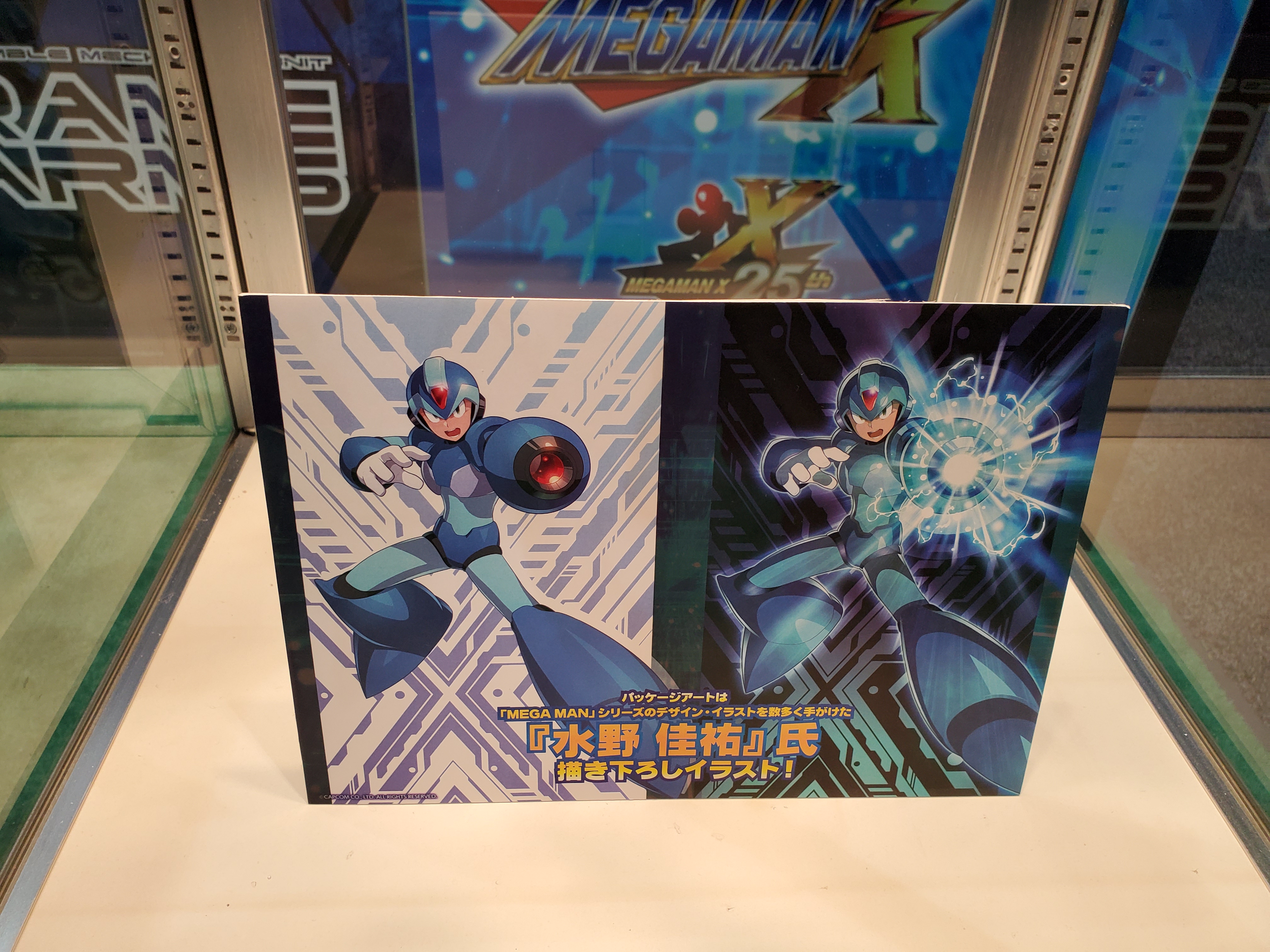 Earlier this year, Kotobukiya revealed a new Mega Man X/RockMan X model kit was coming. While We’ve seen pictures of it online, it’s finally here at San Diego Comic-Con so we can get a closer look at the “Max Armor” model kit. 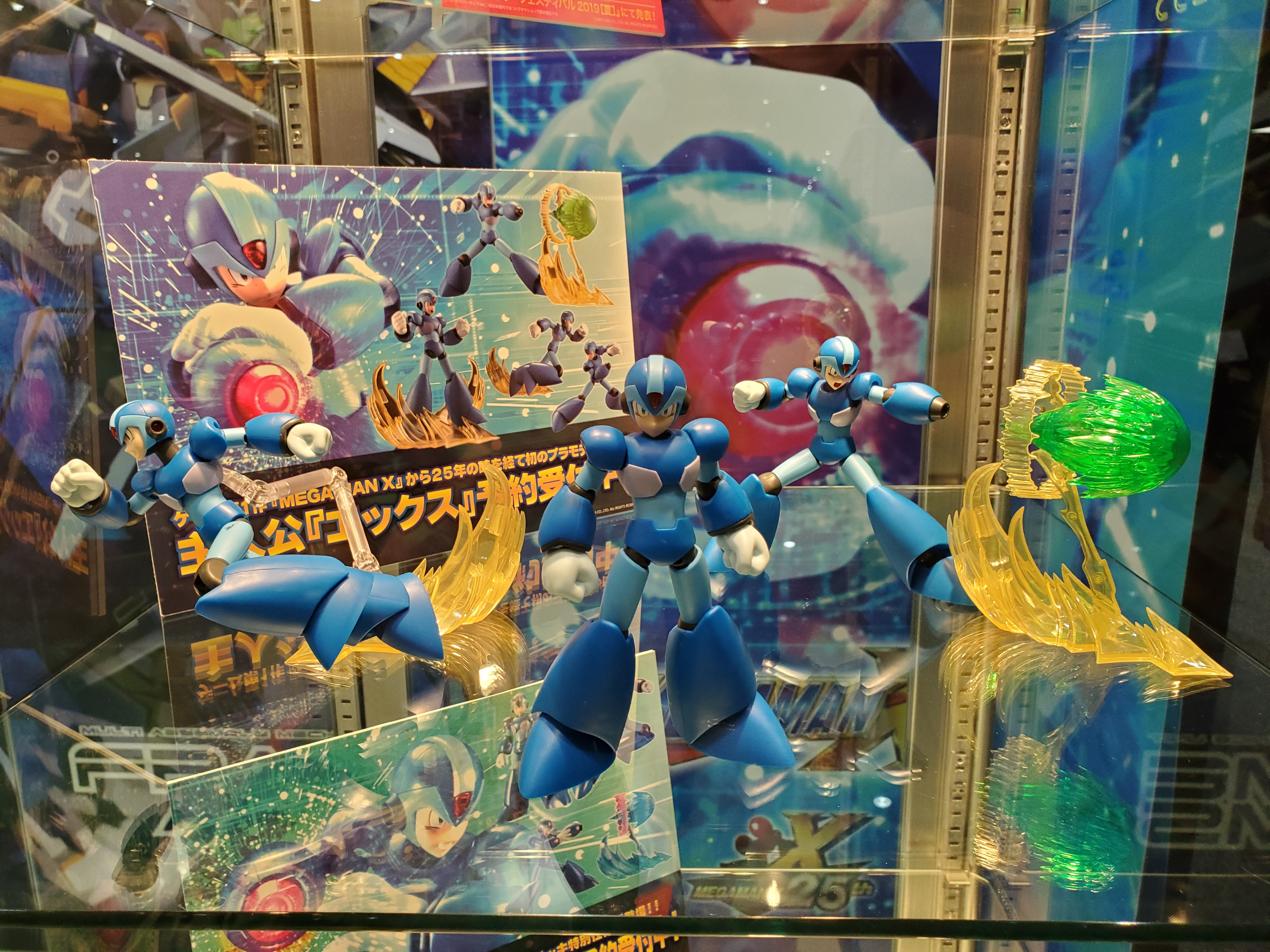 Here is a look at the regular version of the model kit it three different poses with all the effect parts.  It looks fantastic in terms of color and design so fans of the X series have something to look forward to. This version will release in September and is currently available for pre-order now on Kotobukiya’s website. 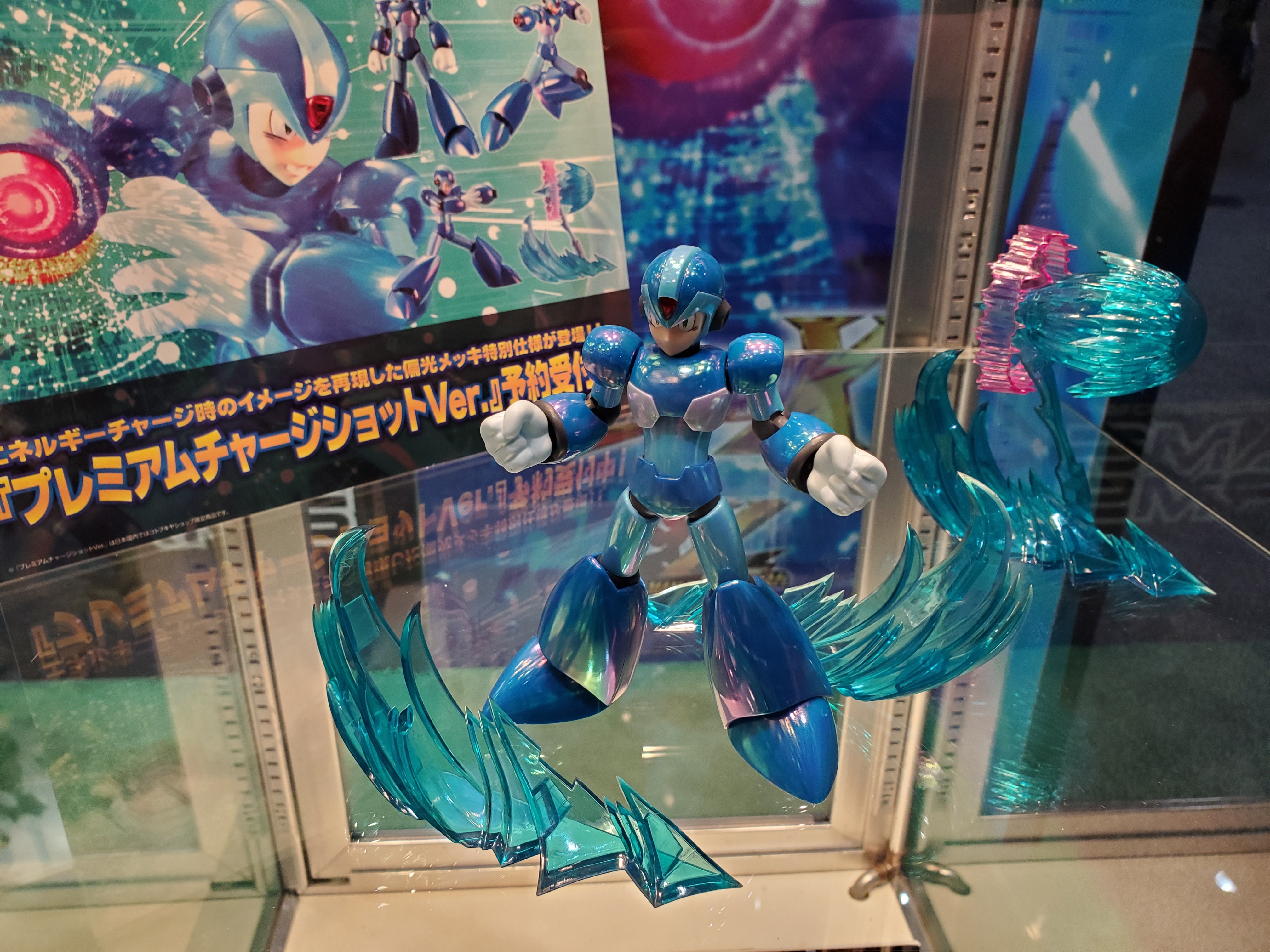 Kotobukiya will also be releasing a premium version of the “Max Armor” Model kit in October. This variant uses a special iridescent coating that changes color depending on the light, with vibrant shades of turquoise, blue, purple, and green that resemble the energy charge effect from the games! The extra effects are clear blue plastic that work pretty well with the figure. This is also available for pre-order now on Kotobukiya’s website. 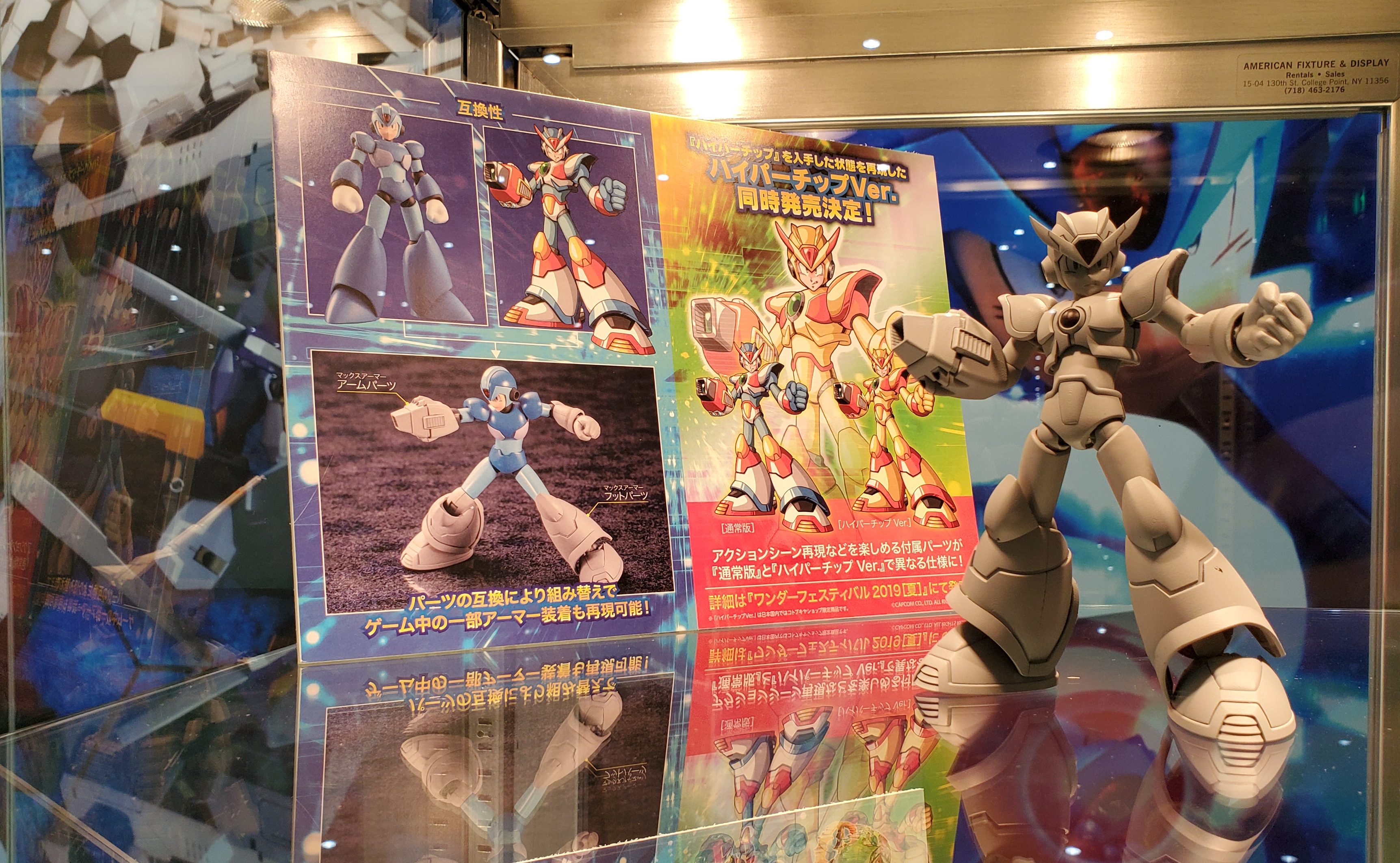 Last but not least is the Third Armor aka the Hyper Armor. While unpainted we get to see it up close and it looks fantastic. What’s really cool about this is the ability to mix and match parts on the regular X version meaning you can have an incomplete Full Armored X like in the game. There will also be a Gold Version of the X3 Mega Man X “Max Armor” Model kit just like in the game. This one is set to release sometime in late 2019.