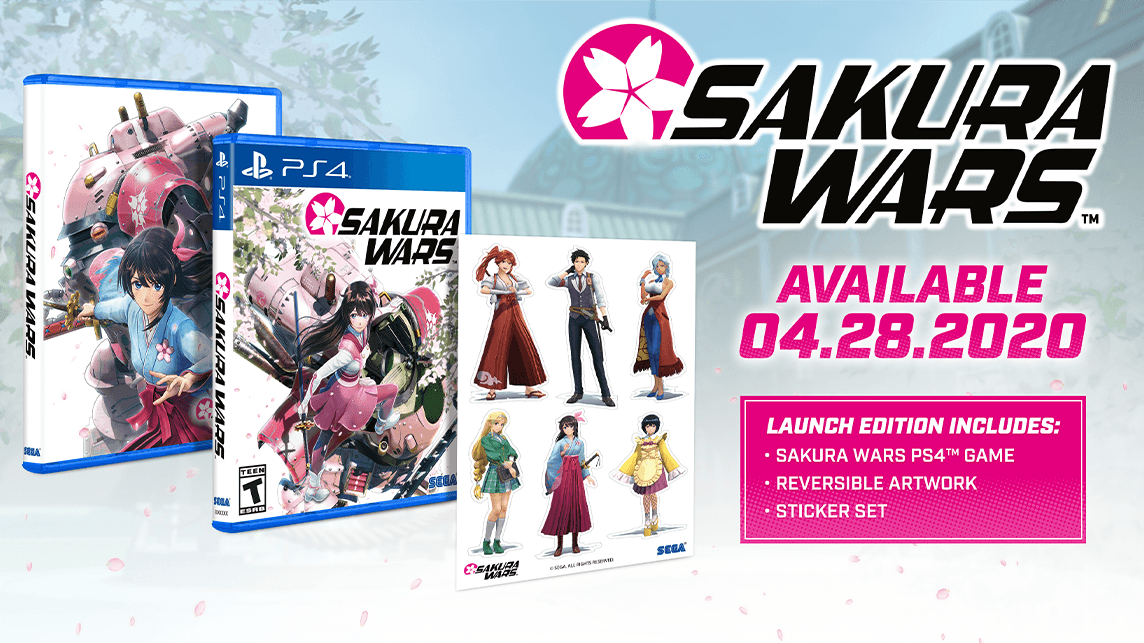 After almost a decade, Sega’s Sakura Wars (known in Japan as Sakura Taisen) is getting another release in the West as Sega revealed that this new title will be released on April 28, 2020.

If you aren’t too familiar with the series, I wouldn’t blame you as it has only seen one release in West back in 2010 with Sakura Wars: So Long, My Love which was released by NIS America for the PlayStation 2 and Wii. In Japan, the series actually dates back to 1996 on the Sega Saturn.

The game features action role-playing, dating sim and visual novel elements and is actually a soft reboot of the series.

The stage is set in a steampunk version of 1940s Imperial Tokyo. Only a short while ago, a cataclysmic event destroyed the Imperial Combat Revue of Tokyo, the capital’s global defense force stationed at the Imperial Theater. Now home to the Flower Division, an inept rookie squad who also strives to impart hope on the citizenry with their theatrical talents, the theater has fallen on hard times and risks closure. It’s up to Seijuro Kamiyama as the captain of the new Tokyo revue to lead his squad and restore the Imperial Combat Revue and the theater back to their former glory! With the help of the revue’s five colorful performers, he must rise to the challenge of competing in the Combat Revue World Games, protecting the inhabitants of Tokyo and getting the theater back on track.