It looks as though Rocksteady has been busy as of late and it has nothing to do with the upcoming Batman: Gotham Knights game but rather a Suicide Squad game that looks tremendous based on the trailer alone.

Announced during a day stacked with DC announcements, Suicide Squad: Kill The Justice League looks to be a fun, colorful, and chaotic journey through Metropolis as Harley Quinn, Deadshot, Captain Boomerang, and King Shark must take down Superman who has seemingly been controlled by an unknown villain(could be Brainiac, we don’t know).

Compared to Rocksteadys’ resume of dark, brooding, and Manhattan-esque architecture Suicide Squad looks more akin to Sunset Overdrive than it does to the studios previous works. The environmental lighting has a warm luminescence while enemies contrast that with distinct purple glow. According to the press release the game will be a 4 player adventure allowing players to choose their hero(er villain?) and play either solo or online with friends: 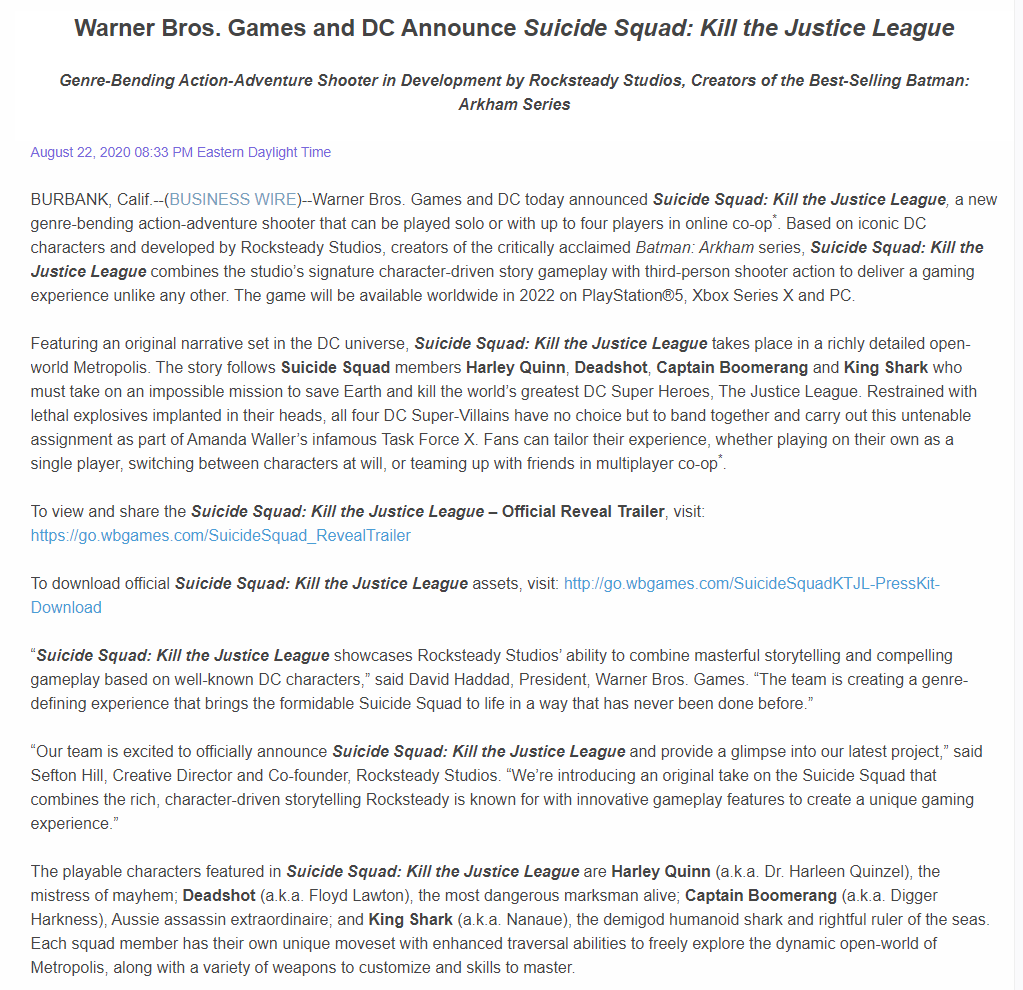 Suicide Squad: Kill The Justice League is coming to Playstation 5, Xbox Series X, and PC in 2022.