Red Dead Redemption 2 will launch with a Special Edition and an Ultimate Edition, as well as a third Collector’s Box featuring in-game trinkets from the series.

In a press release, Rockstar Games detailed each edition’s features and pre-order bonuses, which we’ve summarized into a neat little guide for you.

Digital pre-orders on the Playstation Store and Xbox Store will also receive an in-game cash bonus and an exclusive treasure map for RDR2’s story mode (available only before July 31st).

Digital pre-orders ALSO receive an infusion of GTA Online funds: $500k for Standard, $1m for Special, and $2m for Ultimate. 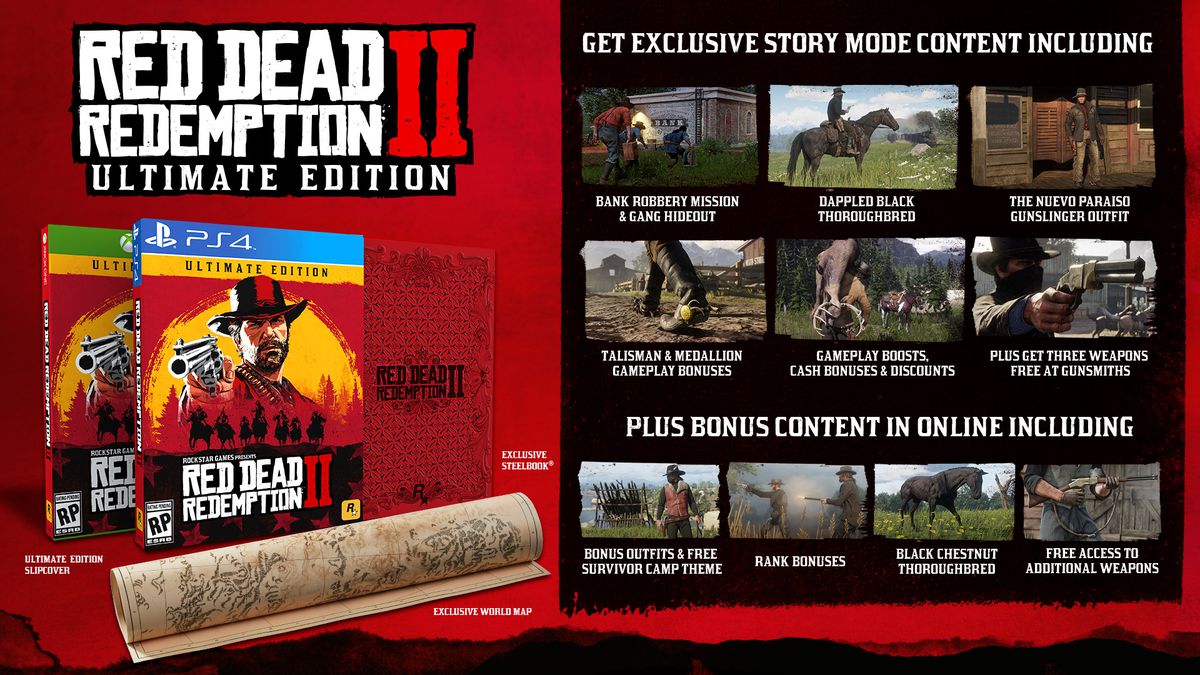 Ponying up an additional $40 gets you the Ultimate Edition, which includes everything from the Special Edition and a few other bonuses: 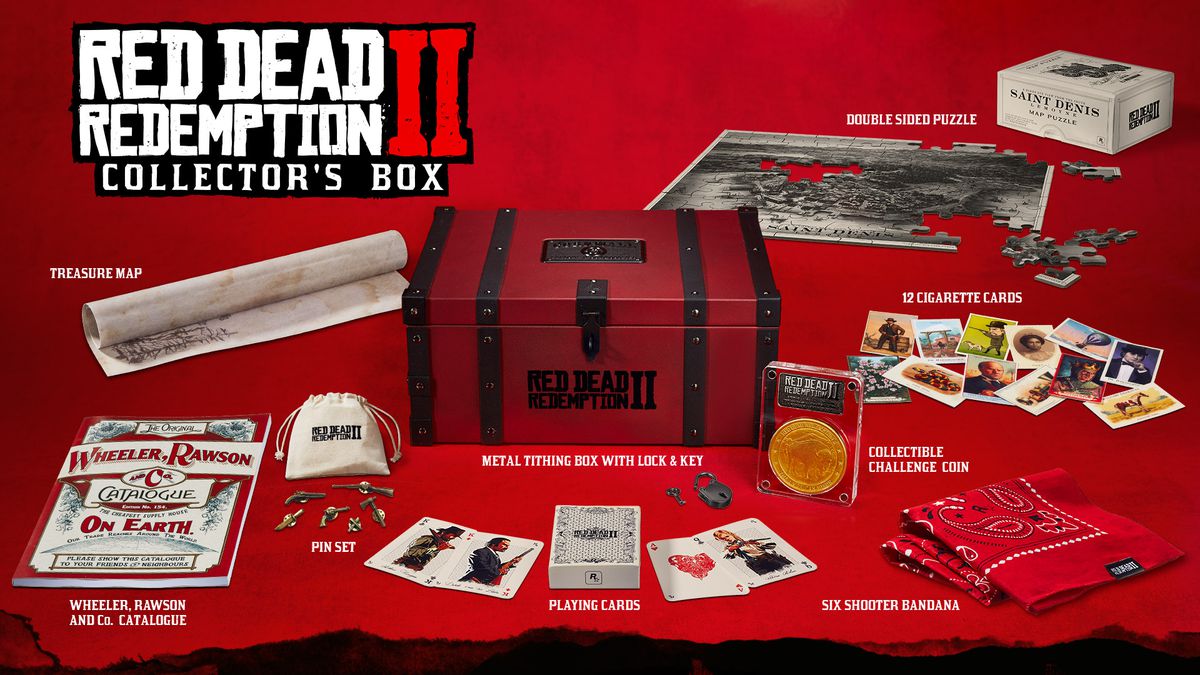 Warning: the Collector’s Box does not include a copy of Red Dead Redemption 2. What it does include, however, is an assortment of in-game items and collectibles such as:

Each edition is now available for pre-order , and the Collector’s Box is available to preorder via the Rockstar Warehouse.