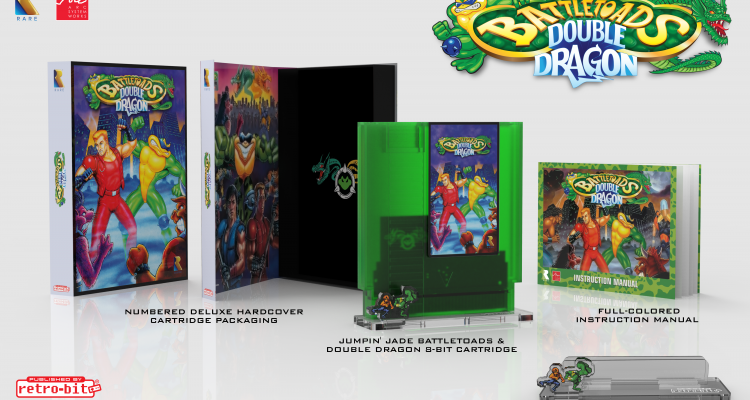 Released back in 1993 Battletoads Double Dragon was one of the very first and to this day rare(no pun intended) team-ups of two popular properties from two completely separate companies. The last time this game was even available to play was on the Game Boy back in 1994 so since then it has become highly sought after fetching quite a high price in online auctions.

Luckily thanks to a collab with all parties Retro-Bit is turning back the clock for a special edition cartdridge for Battletoads Double Dragon including a special NES cart and a SNES version as well.

When the Dark Queen and Shadow Boss come together to try to take over Earth, they will also end up bringing together two of the most iconic teams in gaming. With the Battletoads – Rash, Pimple, and Zitz – and the Double Dragon twins – Billy and Jimmy Lee, you can bet that the dastardly duo will be in for some pain!

With the Earth’s defenses out of the picture, it’s up to this team-up of brawlers to save the planet with their combined might. On the other end, you’ll find classic enemies from both series like Big Blag, Abobo, Guido, Roper, Robo-Manus, and many more scumbags.

Up to two players can choose from five fighters and venture through eight treacherous stages using every possible technique to smash, bash, and thrash through enemies. From the massive space cruiser – the Colossus – to the scummy streets down below full of rats and thugs, each level will give the ‘Toads and Dragons plenty of targets to choose from. It’s time to get mean and green!

The team behind the production has gone to great detail to make sure this release meets fan’s high standards even going as far as to call it the companies’ “passion project”. Not only are they rereleasing the game itself but also in regards to keeping the games preservation in mind plan to offer a box with a much more sturdier material to withstand the test of time.

With each release, we look for ways to add quality-of-life improvements wherever possible – especially when it comes to game preservation. Back in the day, all original releases came in cartridge boxes made of thin cardboard that can easily bend and crease. Over time, this can get worse just by opening and closing the box which will lead to unwanted rips or damaged artwork.

For Battletoads & Double Dragon, we have developed a new cartridge box with the same dimensions as the original but with sturdier material and an easy-to-open cover that is secured with magnets. This keeps the contents safe and easily accessible without any damaging scuffs. It won’t look out of place on a shelf and it is made to last.

Alongside the consideration for preservation Retro-Bit has also decided to give the cartridge itself a rad makeover including a jade colored shell for such a tubular occasion.

For Battletoads & Double Dragon, we have developed a new cartridge box with the same dimensions as the original but with sturdier material and an easy-to-open cover that is secured with magnets. This keeps the contents safe and easily accessible without any damaging scuffs. It won’t look out of place on a shelf and it is made to last.

While it uses the same dimensions as the original 8-bit cartridge packaging, everything else has been vastly improved and each comes individually numbered!  The days of damaged cardboard boxes are a thing of the past!

With Dragons and ‘Toads, how could we NOT go with green?  This transparent cartridge allows you to see the board inside which has its own custom design that is toadally rad! 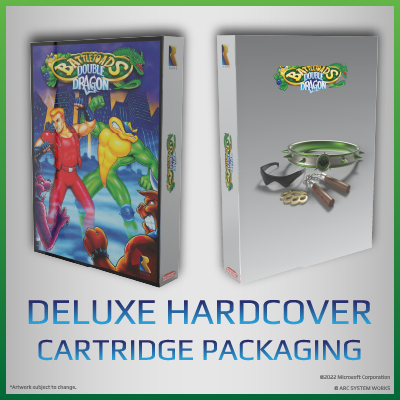 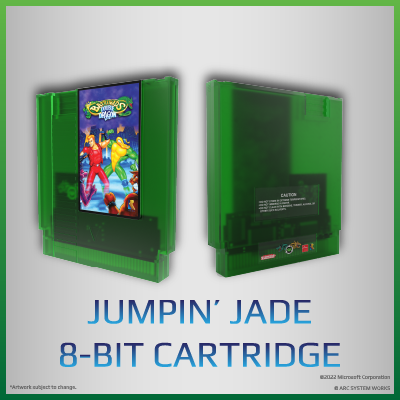 Preorders are currently available until May 22 on the official page with the official launch date being a few months after preorders close. Follow Retro-Bit for more