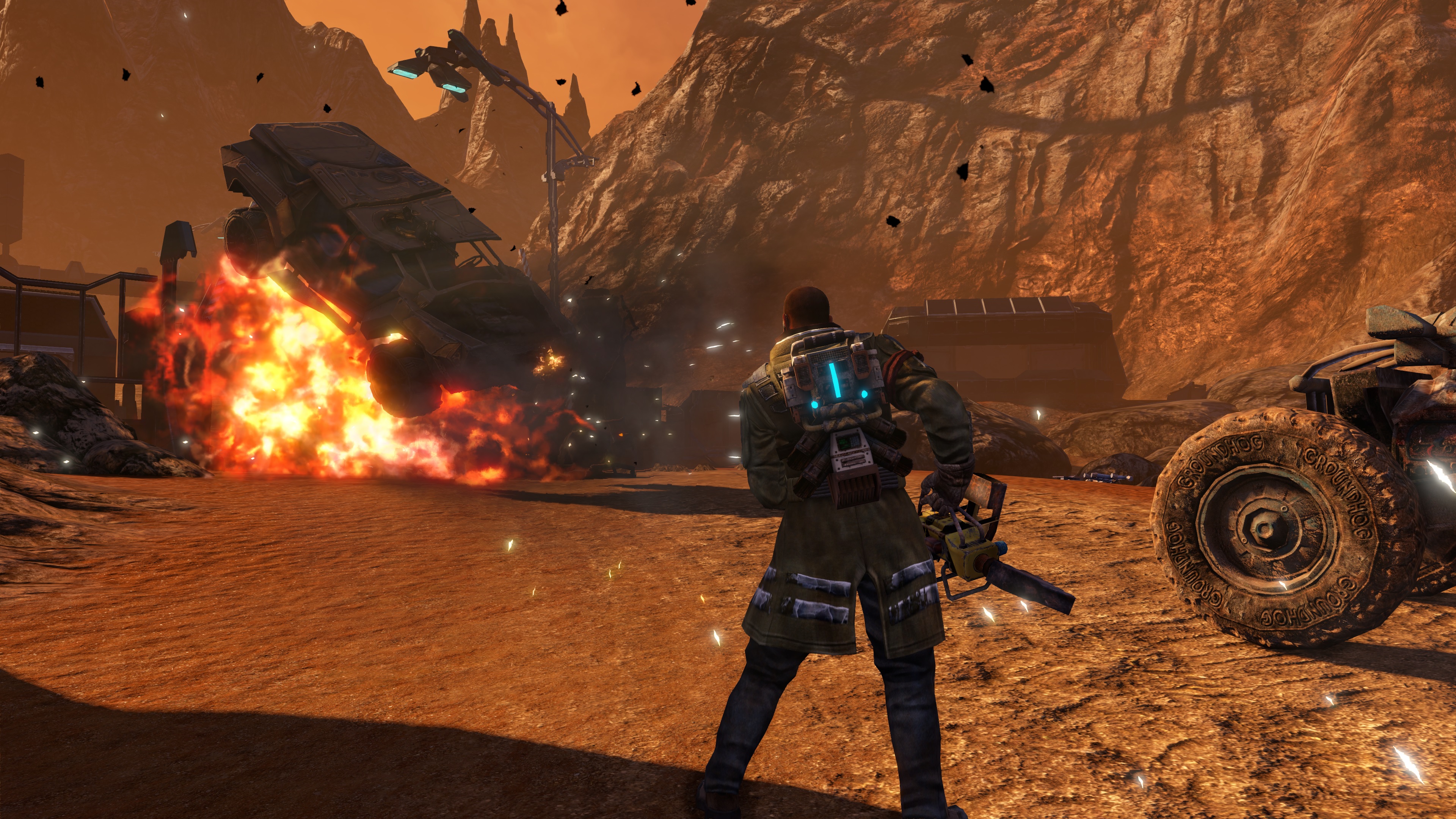 I remember playing Red Faction Guerrilla when it was released ten years ago. Back then, it was hard to find a game where every building is completely destructible with an advanced physics engine. I would even argue the same applies today. While there are games now that certainly have destructible environments and physics, I have not yet encountered another game since then that has captured a similar essence as Red Faction Guerrilla. Well, there was the next installment Red Faction: Armageddon which I have not played. Unlike Armageddon, Guerrilla has been remastered on the PC, PS4, Xbox One, and most recently the Nintendo Switch with Red Faction Guerrilla Re-Mars-tered. We reviewed the PC version when it released last year, but the Switch version offers the unique ability to play the game in handheld mode.

Set on the human colonies of Mars, you play as Alec Mason, a miner who recently transferred from Earth only to discover that the colonies are being tyrannically controlled by the Earth Defense Force. He joins the Red Faction Resistance in order to help end their reign and take back Mars. His number one weapon of choice: explosives. Lots and lots of explosives.

As you might imagine, story isn’t the main focus of the game. Red Faction Guerrilla is designed around destruction. You start out with remote detonators that attach to buildings, then you upgrade to a rocket launcher, heat-seeking missiles, etc. Destroying buildings and enemy vehicles always feels satisfying, especially when the missions are designed around them. Including the story ones, side missions include destroying a structure within a time limit, distracting EDF forces with explosives, and riding shotgun equipped with a turret. Sure the mission variety may not be too wide, but they are all dumb, stupid, explosive fun. You can even take the destruction online with various multiplayer modes. However, the online community isn’t too vast right now so finding matches is currently a lengthy process.

As for the Switch port, at first I wasn’t impressed. I mostly played the game in handheld mode since I’ve been traveling lately, but the first time I plugged it into the dock, I was surprised at how much better it looked on my TV. What’s nice about the Re-Mars-tered edition is that it gives you the option to choose between better visuals and better performance. I advise you to always choose performance, because you won’t notice much of a upgrade if you choose visuals. Even on high performance, the game rarely reaches 60 frames per second, but the framerate doesn’t take as much of a hit during destructive segments. On average, the game runs at a solid 30 fps with very few framerate dips.

Considering this port costs $30 and runs better than most $60 Switch ports, Red Faction Guerrilla Re-Mars-tered is a great value! It may not have much in terms of mission variety and story, but if you’re looking for some explosive action and exciting gameplay, you might want to consider picking this one up!