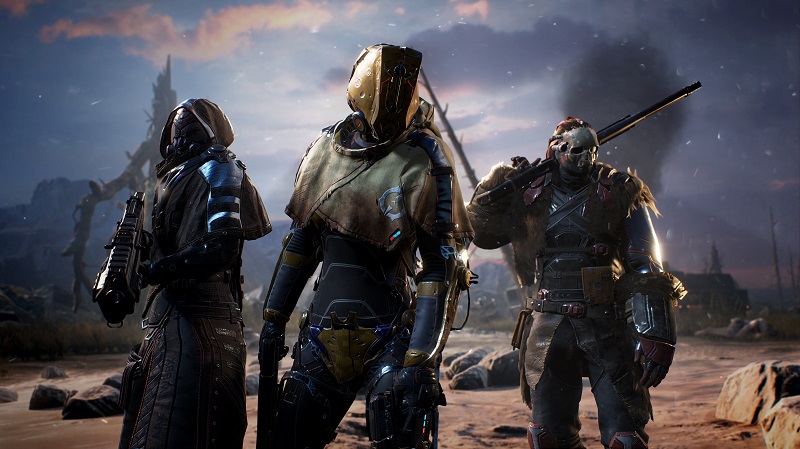 Last week, I had the opportunity to get some hands-on time with upcoming release of Outriders. Developed developed by People Can Fly who are probably best known for working on Gears of War: Judgement and Bulletstorm and being published by Square Enix, I really didn’t know what to expect from the game outside of it being a shooter, with co-op elements where friends can drop-in or drop-out anytime.

I want to note to start off what I played was an early build, a really nice looking early build but between now and release anything could change. I don’t think it really needs to because after spending a little over 4 hours with the game I was really impressed and had a lot of fun. There have been and endless amount of shooters that it’s pretty hard to create something new that we haven’t seen, some have tried and succeeded other have tried and failed but luckily People Can Fly decided to create a single player campaign that pretty fun with simple co-op online elements that make the story and gameplay the core.

As the game is still currently in development, we weren’t able to record the first 20-30 minutes of gameplay which helps prevent spoilers and things might change before release but as soon as we were able to select our abilities, it was on. After the intro sequence of the game that helps set everything up, we were able to select between three different abilities Pyromancy, Trickster and Devastator (with fourth ability will be revealed later).

In our first hands-on video, we start our adventure with our new ability joined by first by a buddy of mine who was also at the event as we both explore the game together. We are then joined by another person not too long after as we learn more about the game.