Erik Wolpaw, one of the writers behind the Half-Life and Portal series, has returned to Valve.

Amidst all the disheartening news in 2017, one realization stung deeper than others: all of the Half-Life writers had left Valve.

Half-Life 1 and 2’s writer Marc Laidlaw left in 2016, leaving us with a blog post that hinted at the would-be plot of Half-Life 2: Episode 3. Wolpaw left in February of 2017 to work on Psychonauts 2, and writer Chet Faliszek followed suit a few months later.

But with Psychonauts 2 production ramping up to release, Erik Wolpaw has seemingly rejoined Valve. CEO Gabe Newell even responded to a redditor’s inquires about Wolpaw, keeping it short and simple: 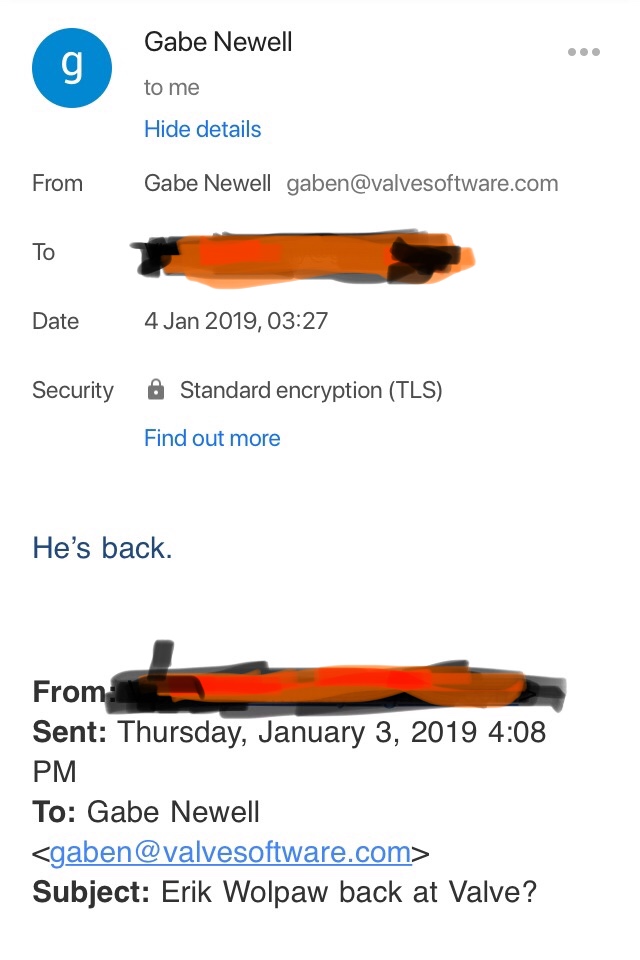 His level of involvement in the company is unknown. The only other indication we have is that Wolpaw’s name appears in the staff credits for ARTIFACT. This in no way means a new game is confirmed, but Valve has one of their greatest employees back at their side.

No matter what Valve produces from here on out, the NTF gang happy he’s back.