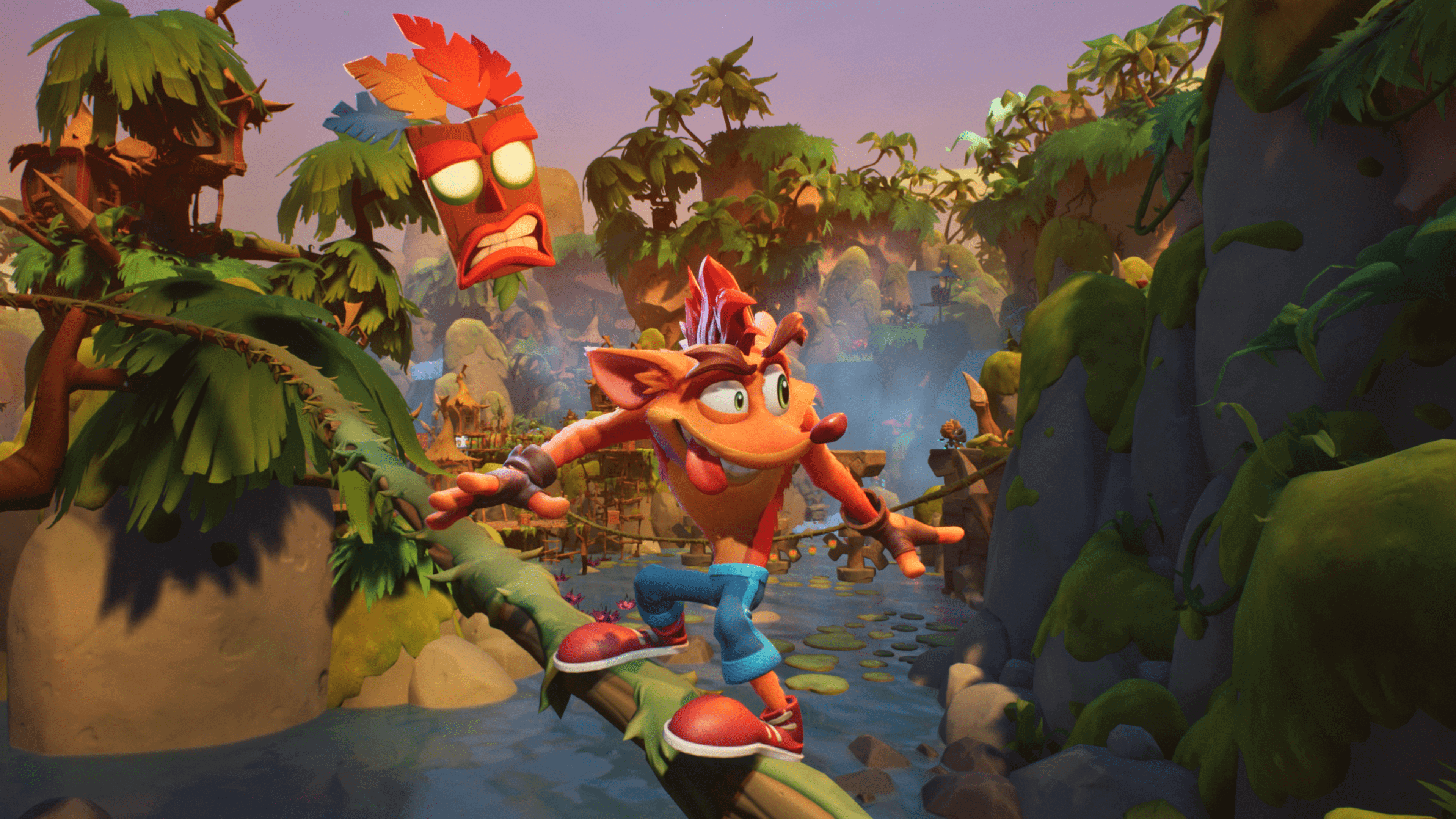 During Thursdays Playstation State of Play, Toys 4 Bobs Lou Studdert gave us a generous amount of information regarding the highly anticipated 4th installment of Crash Bandicoot.

A lot of work is noticeably visible in the details in each level and with gameplay as well probably nowhere more than the addition of new power ups.

CRASH 4 INTRODUCES THE QUANTUM MASKS, THE POWERFUL PROTECTORS OF TIME AND SPACE. CRASH AND COCO WILL NEED THEIR ASSISTANCE THROUGHOUT THE GAME TO TACKLE THE CRAZY CHALLENGES THAT ARE GOING TO BE THROWN AT GAMEPLAYERS. WHETHER IT’S IKA-IKA, WHO GIVES GAMERS THE ABILITY TO INSTANTLY FLIP YOUR CENTER OF GRAVITY AT THE PRESS OF A BUTTON, KUPUNA-WA, WHO ALLOWS PLAYERS TO SLOW DOWN TIME, OR LANI-LOLI, WHO ALLOWS ONE TO PHASE-SHIFT ELEMENTS IN AND OUT OF EXISTENCE. BEND THE RULES OF REALITY AND ALTER YOUR ENVIRONMENT WITH THESE NEW MASKS ON YOUR JOURNEY TO RESTORE ORDER TO THE MULTIVERSE.

A new addition to Crash Bandicoot 4: It’s About Time is the surprising inclusion of Dingodile as a playable character and more importantly continuing the lore given to him in previous games. In the latest adventure Dingodile loses his dream restaurant and embarks on a new quest all on his own.

Crash Bandicoot 4: It’s About Time will be released on PS4 and Xbox One on October 2nd.