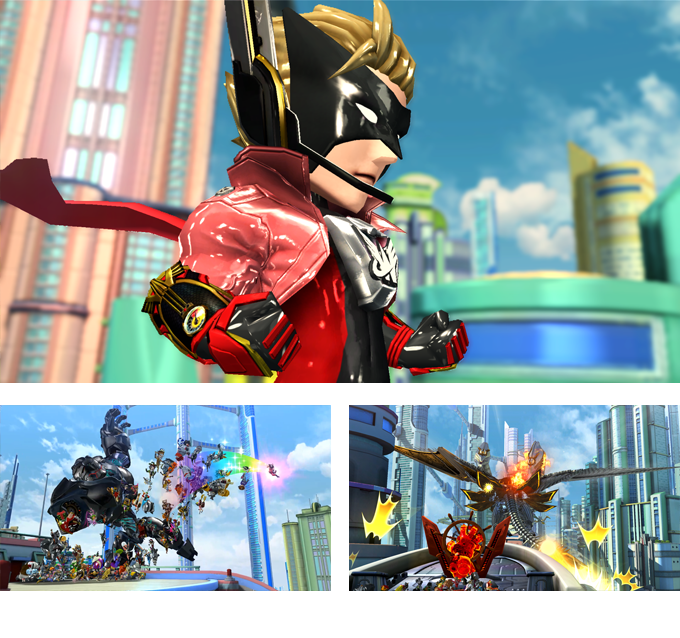 Platinum Games wants to bring The Wonderful 101 to the Nintendo Switch, PS4 and Steam by launching a Kickstarter Campaign

Platinum Games wants to give The Wonderful 101 a new lease on life as the company has launched a Kickstarter campaign to bring the previously Wii U exclusive title not only to the Nintendo Switch but possibly even Steam and the PlayStation 4 with the help of the fans.

Earlier today the campaign went live with a goal of $50,000 which honestly isn’t that much and not even 25 mins later it had already met that goal. Actually as of writing this piece the campaign sits just short of a Million dollars in just a little over 12 hours which is very impressive.

The Wonderful 101 sold poorly on the Wii U, not because it was a bad game, far from it as it was well received and I had so much fun playing it back on my Wii U it was just the Wii U just sold terribly leaving so many titles locked away never to be seen again…oh wait a lot of them have been ported to the Switch (Fatal Frame: Maiden of Black Water please Nintendo)

Of course Platinum Games is best known for many of their insanely fast paced action games like Bayonetta, Vanquish, Astral Chain, NieR: Automata and many others but the company are developers and not publishers so going the route of Kickstarter let’s them have more control of the game than having Nintendo publish it once again making it harder for them to bring it to other systems like Steam and the PS4.

It’s great to see fans showing such support for a game that really deserves another chance, those who back the physical version of the game will get a Special Backers Only Kickstarter-exclusive cover as well as any DLC that is unlocked via stretch goals. There are some pretty cool rewards you can get including keychains, a vinyl record, an artbook and more but the one that seems the best of them all is the chance to be tweeted by and blocked by Hideki Kamiya himself!

Not everyone has had the privilege of being blocked on Twitter by the illustrious Hideki Kamiya, but that’s all about to change. At a very special Kickstarter tier, Kamiya himself will tweet directed to you, and then will block you forever!

NOTE: This is an optional reward! You do not have to be blocked by Kamiya if you do not want to be!

This reward will require you to put down a pledge of $100 or more but who doesn’t want to be noticed by senpai the forever blocked!