Simply put, Phantom Trigger is one of the most visually impressive pixel art indie games on the market. Its unique use of color and shapes make for a very interesting world to explore and fight your way through. But just because it has a nice aesthetic, that does not mean that this game slouches on gameplay or narrative.

Phantom Trigger’s narrative takes place on two different fronts. First, through following the main character Stan in the outside world (sometimes through interactive cutscenes) and second, through gameplay in The Phantom Realm as the Player Character named the Outsider. The story opens as Stan is met with a terrible twist of events as he is getting his morning breakfast, Stan Suddenly collapses and is rushed to the hospital by his wife Pam. From this point on the game’s majority takes place inside the Phantom Realm with minor vignettes allowing a peak as to what is happening to Stan in the “real world”. 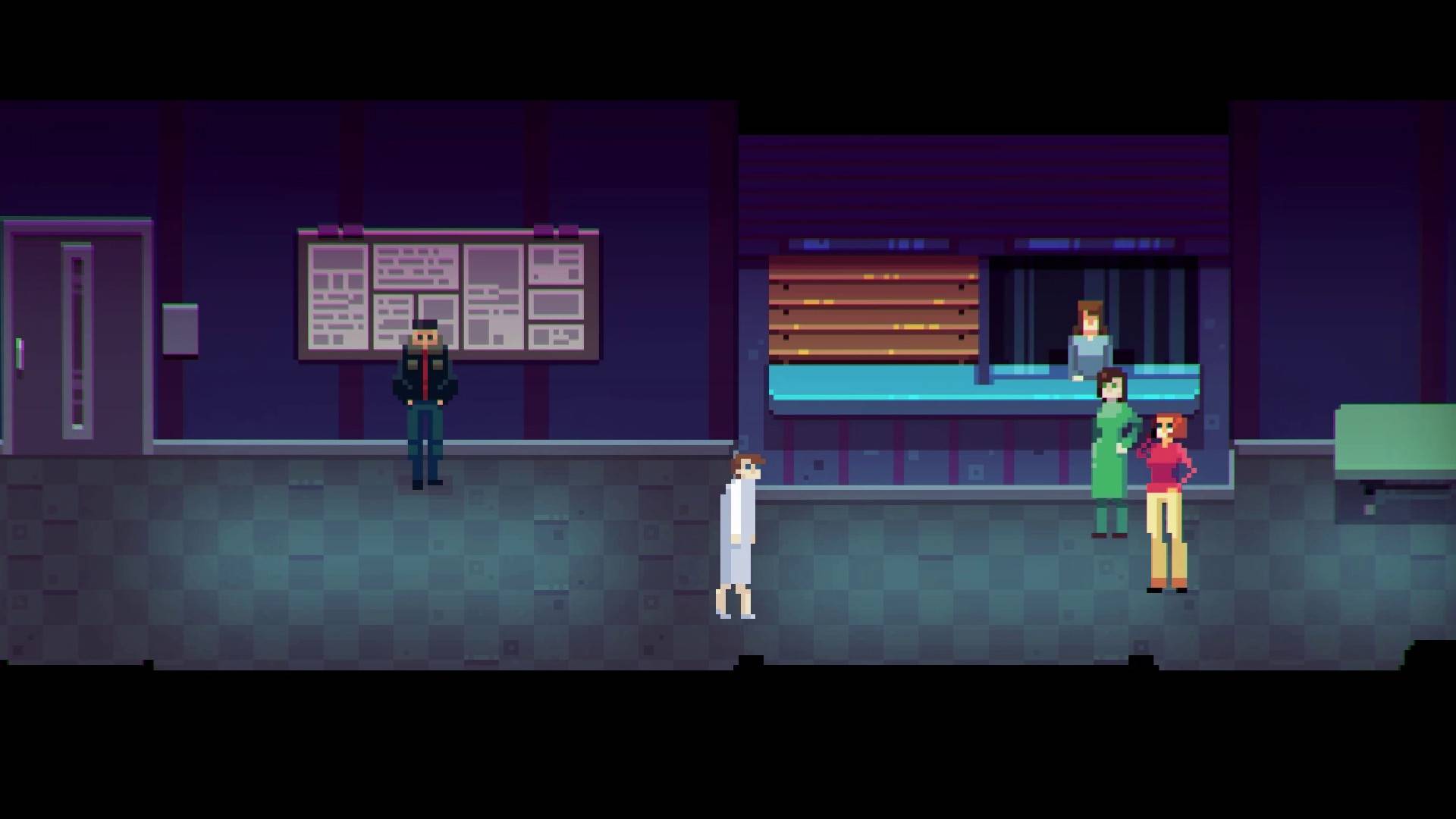 The game does not help the player in any way shape or form to understand at the beginning why the player must follow the story of both these characters. You are meant to travel through the 4 different worlds to piece together the story of who The Outsider is and how he is connected to Stan, which is really refreshing. The game in no way wants to hold the player’s hand and bog the player with extensive narrative driven scenes, or decision trees. Instead it allows the player to explore, and figure things out for themselves. The game at times can feel as though the story takes a back seat, but towards the half-way point of the nearly 6-hour story, everything just starts to click and the player is left dumbfounded by simple clues and hints that- seemingly insignificant before- now have a major roll in the story and gameplay.

This leads to the concept of replay value. Even though the game Is not brimming with collectibles, due to its elusive at times story, there is plenty of room to go back in an afternoon on easy mode and find things one couldn’t before. This, coupled with the game’s total four alternative endings, adds for an experience that is sure to leave players wanting to come back and give it at least four more playthroughs.

Gameplay when stripped down to its core, is a slasher RPG. I personally played in Hard mode and found it to be well… very hard. There was a moment in gameplay where I decided to try the easy mode, but quickly found it polarizing and quickly returned to the hard difficulty on the account that easy mode was too soft and forgiving. Combat is performed through three different attacks assigned with three different colors. Whip is green, Sword is blue, and Fist is Red. The player is also equipped with a dash move and using these four moves in different succession allows for different combos and abilities to be used. When they are, it is incredibly satisfying to zip around and rally combos in a manner to eliminate massive quantities of enemies, in an almost dynasty warriors fashion. 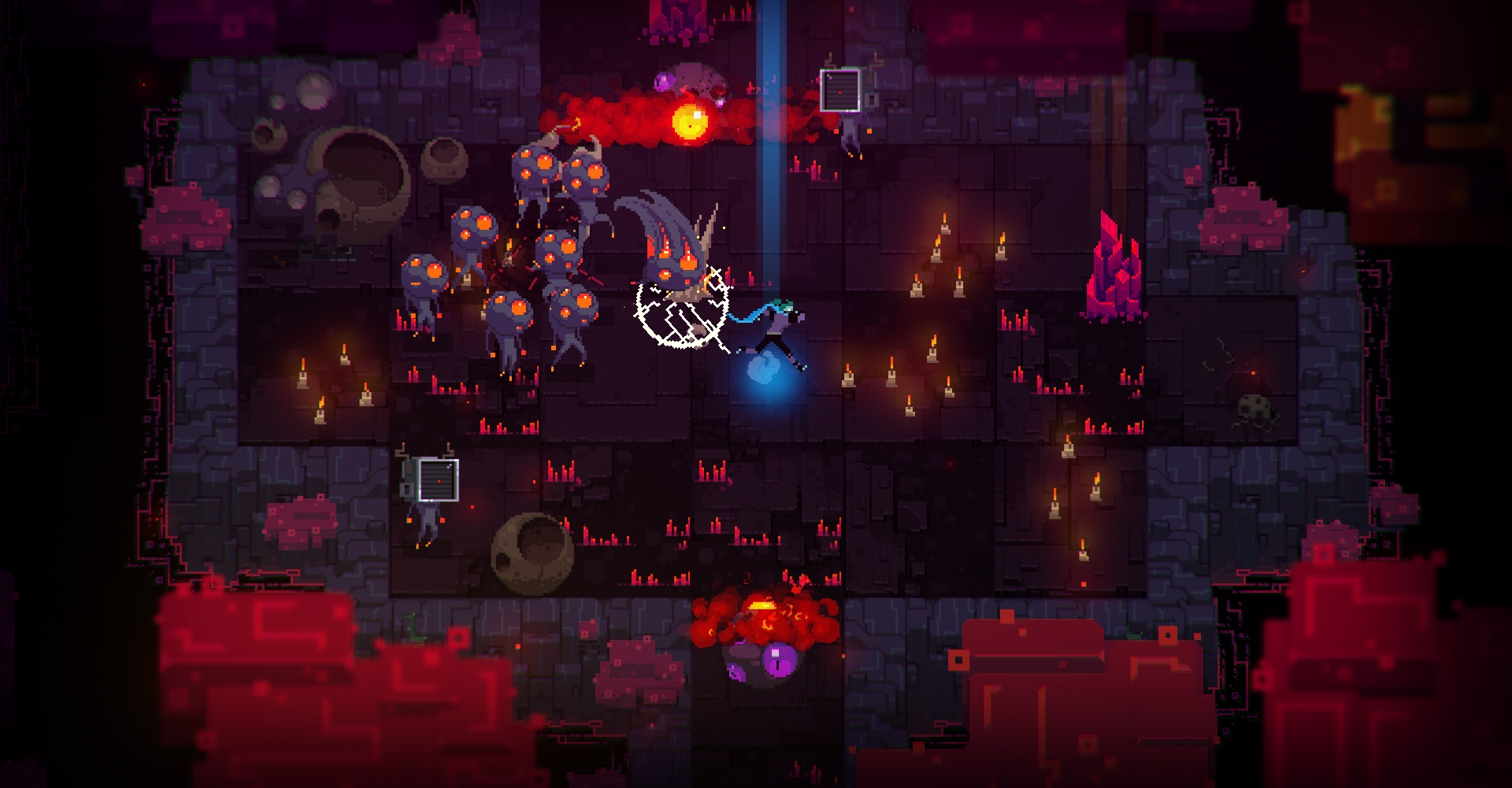 The game can be generous with respawn points, but towards the end of the game, checkpoints get scattered further and further apart. There were times I would die and have to replay the last 20 minutes of the level, which was not fun. However, the pure addictiveness of the combat cures this ailment, and begs the player to come back and give it “one more try”.

There is a small omission that I found reoccurring throughout the game, and that is that certain enemies disappear and reappear to be more stealth like and harder to kill, but I found that if the player kills the enemy at the wrong time, a loop will start on the disappear animation and the enemy will keep looping, not quite alive, but the player can not attack. Luckily the game allows the player to still progress, but this left me confused and irritated at my 100% completion mentality of the game. Thankfully, this in no way diminished my opinion on the game, it is just a small thing I wish the game developers would address.

Phantom Trigger is by far one of the best indie games one can purchase on the Nintendo Switch, and probably best at home on The Switch. It not only scratches the itch of a difficult and entertaining game, it is also visually impressive and a delightful time to play. A must-own in any library, especially on the Nintendo Switch.