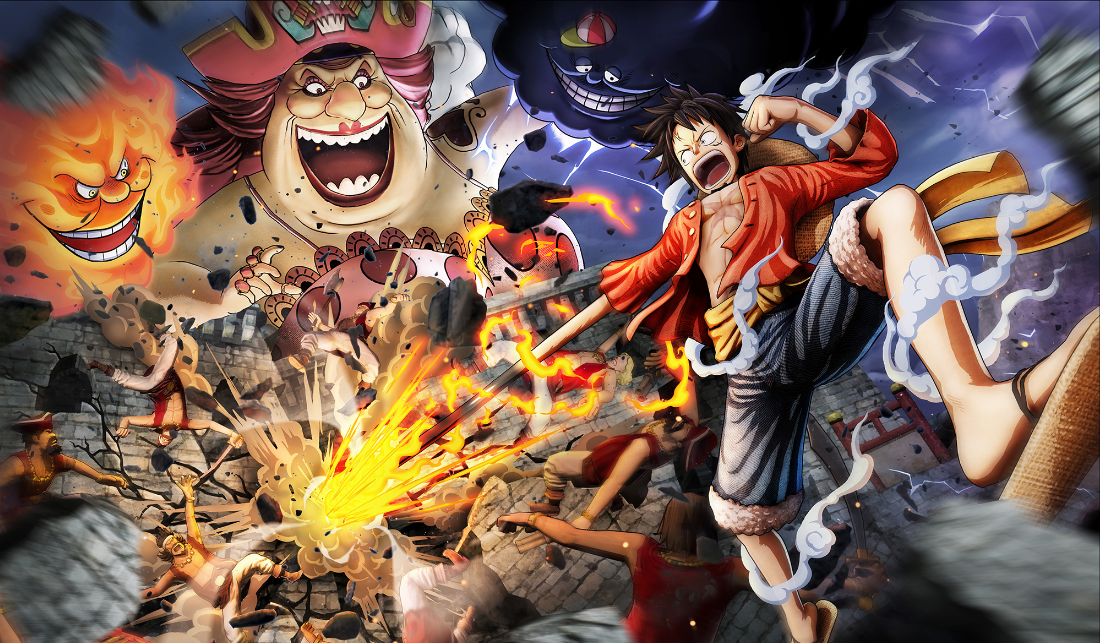 This past week Bandai Namco invited me on a voyage to try out the upcoming One Piece Pirate Warriors title and through it I got to check out one of the coolest looking locations in the One Piece series Whole Cake Island.

One Piece at it’s core is very simple it follows Monkey D. Luffy as he sets sail to become the greatest pirate of all time and with help of friends he meets along the way he gets closer and closer. I hope that description helps because the real story is over 800 episodes as of this writing so explaining the plot of every arc would take as long as actually setting sail across the pacific ocean.

Luckily it is not necessary to follow the anime religiously to understand what’s going on but I do at least recommend watching One Piece: Episode of East Blue to get a sense of who the main characters are. 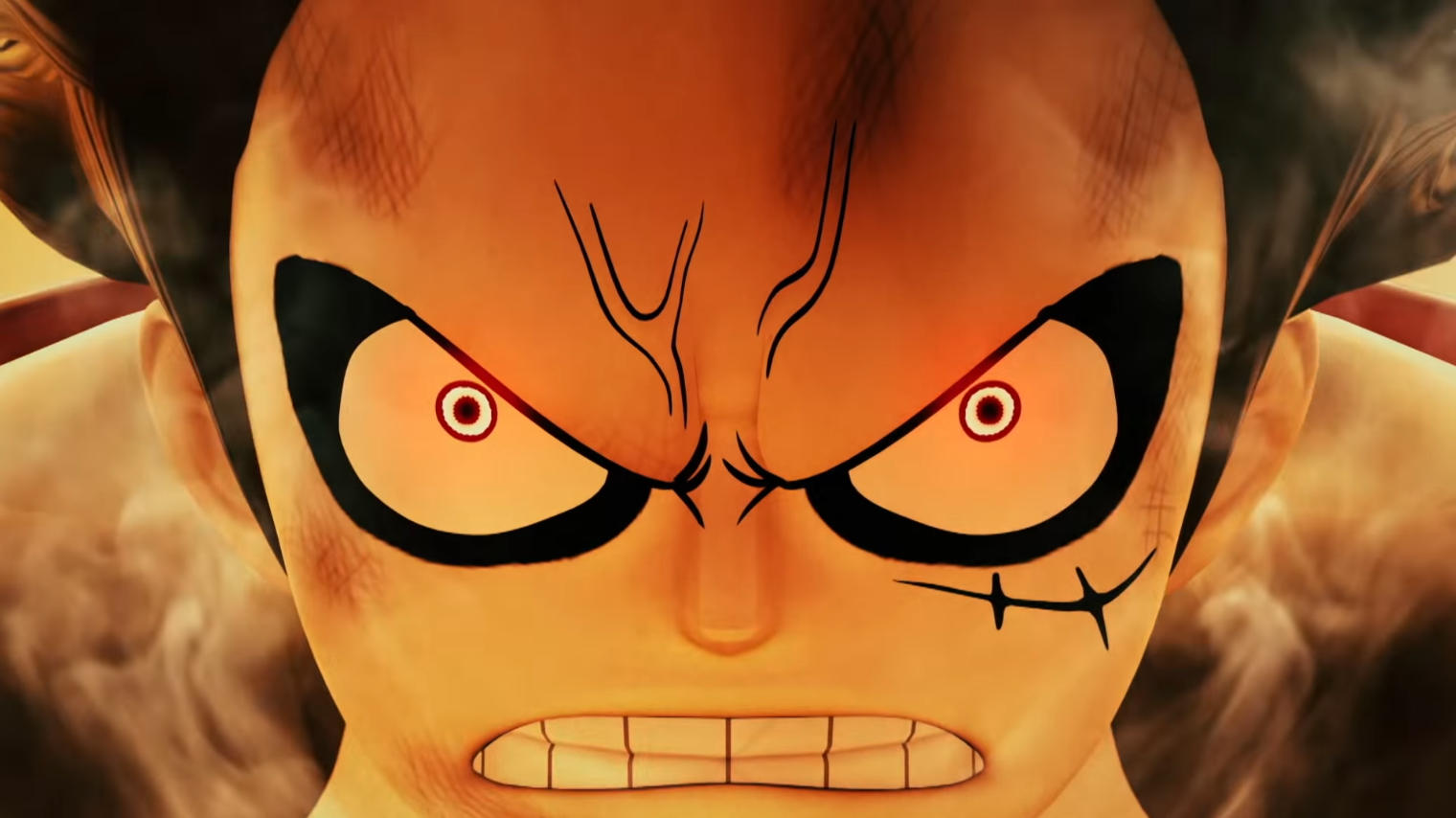 Developed by veteran studio Koei Tecmo Pirate Warriors 4 follows the same rules as their landmark Warriors series. In these games the goal is to complete story objectives by roaming around a large map and laying the smackdown on hundreds of enemies. I mean it, the more the merrier, the more enemies you rough up the higher your score gets and they just keep coming. Each level is graded based on speed, amount of enemies defeated, and a few other factors so I spent the majority of my time going all out.

If you are a fan of One Piece you already know that Luffy has a pretty insane moveset in the anime so naturally his moves in Pirate Warriors compliments that with the ability to switch up perks and moves. 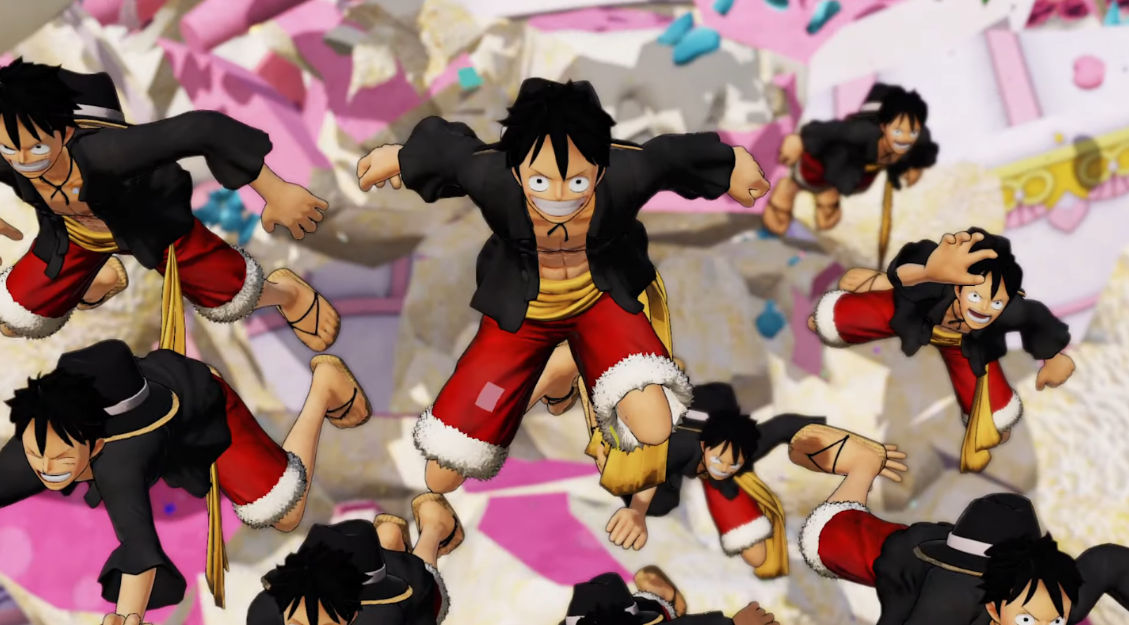 My playthrough saw me starting off in the seducing woods as Luffy goes looking for Sanji before running into the last person you expect to see, a doppelganger of Luffy.

All Graphics On Deck

The art direction for One Piece: Pirate Warrior 4 is very pretty this time around with a Whole Cake Island really showing off how colorful this series can be. Each characters model is pretty on point with no real gripes on my end.

The anime is very over the top with animation and I think the cutscenes really shine with highly exaggerated emotion and expressions that go with some of the best voice acting in the game. 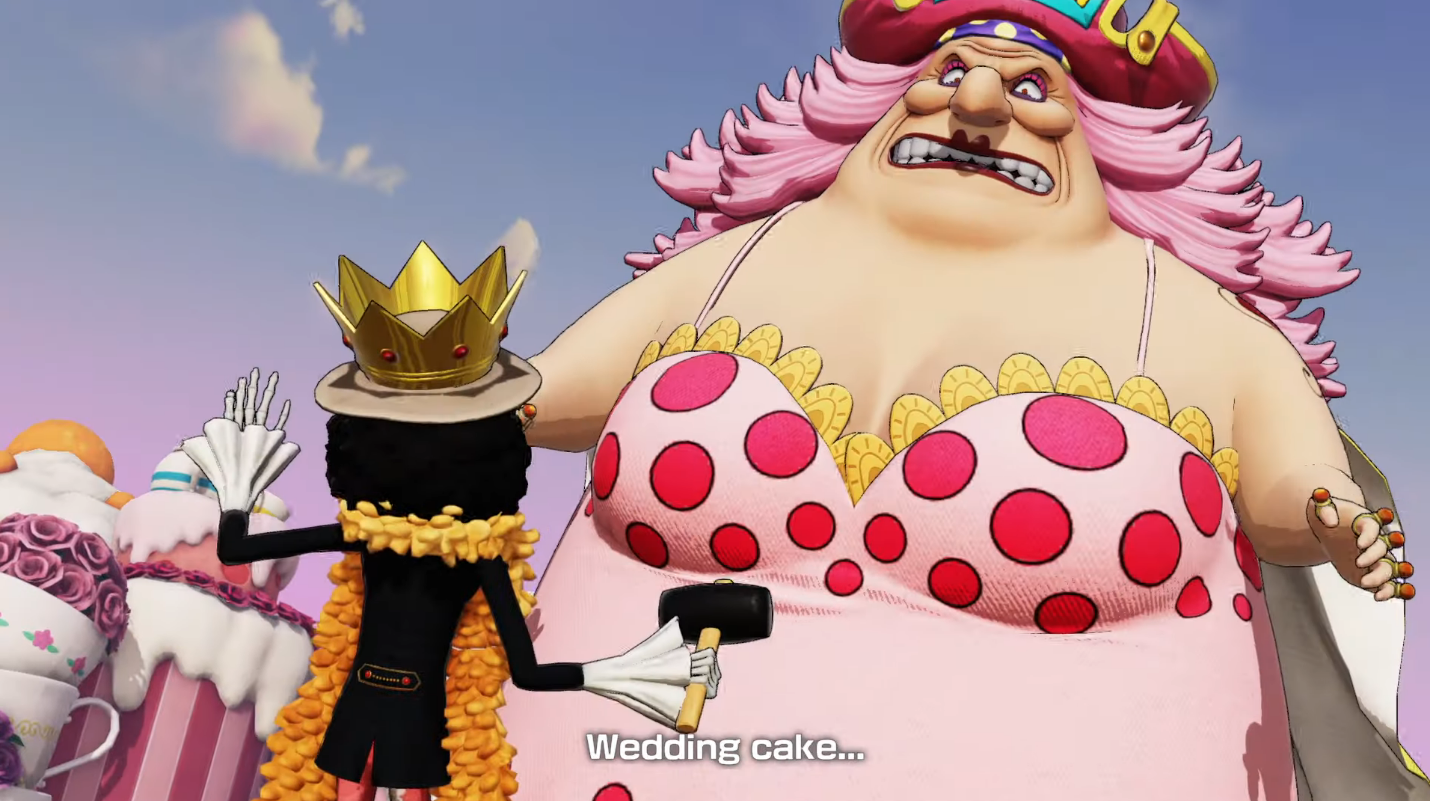 Argh! I believe that One Piece: Pirate Warriors 4 has the true makings of a classic warriors title from Koei Tecmo as it gives you the best of both worlds for those looking to refresh themselves on the series or plan to experiece Whole Cake Island for the first time. The gameplay is smooth and fluid and will get you geared up and ready to go in no time while I can see veterans and rookies to the Warriors series enjoy the addicting combat that comes with it.

One Piece: Pirate Warriors 4 will be setting sail on PS4, Xbox One, Nintendo Switch, and PC on March 27th.