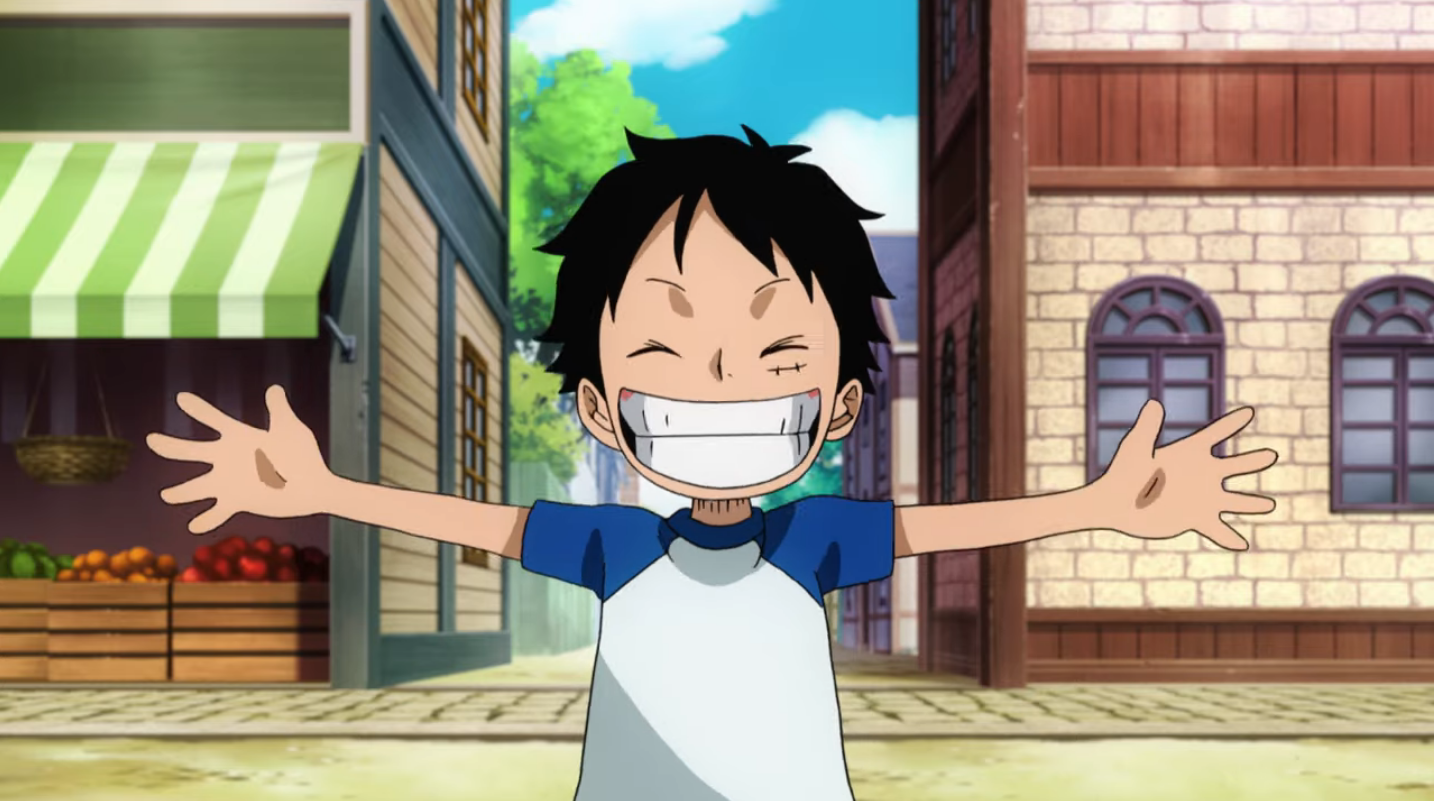 Experience the inspiring moments that launched Luffy and the first four members of his crew on their grand adventure to find the One Piece!

It’s all here—from Shanks giving Luffy the straw hat, to Nami facing the Fish-Men at her hometown. Along the way, Zoro finds his swordsman’s zeal, Usopp pays for his pranks, and Sanji sizzles up the Baratie. Join the crew where it all began in the waters of East Blue.

I give One Piece: Episode of East Blue an A!

One show that has always escaped my grasp is the immensely popular One Piece series. Despite the overwhelmingly large episode library I could never muster up the courage to begin my adventure on the Grand Line, that is until now after watching the Episode of East Blue special.

This show rules and One Piece: Episode of East Blue is the perfect starting point for those who have been looking to get into the series and an excellent way to celebrate the 20th anniversary of the show. The Episode of East Blue special follows Luffy from his beginnings and recounts the tale of the beginning of his grand adventure all while meeting characters that make up his crew.

Each character has their time to shine in this special as the film is split into equal segments to properly tell each characters origin. This film essentially boils down 53 episodes into 106 minutes but does not ruin my ability to watch each episode, in fact it only strengthens it as the film acted as a great way to peak my interest of the series. For diehard fans of the series there is a rather large documentary featuring the English cast talking about the series as a whole and the impact that the anime has had in the industry.

Quite possibly one of the longest special featureless in a Blu-Ray and is the absolute best way to celebrate the shows anniversary.

Unlike the series One Piece: Episode of East Blue is short sweet and to the point that can appease any fan of the series and intrigue those who have been on the fence about watching it such as myself.