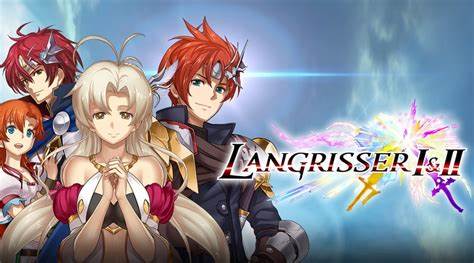 It was announced at the NIS America PAX South 2020 Panel that the company will be releasing a demo for Langrisser I & II on the PlayStation 4, Nintendo Switch and PC which will give players a chance to try out both games before it releases on March 10th.

The demo will include a total of six chapters across both games to give you a taste of what to expect. It was revealed that while you won’t be carry over your save to the final game, you will unlock “cool goodies” for playing the demo.

Back in 1991, the original Langrisser made its debut on the Sega Genesis (Mega Drive) in North America under the title “Warsong.” This would be the only main series release in the Tactical RPG series to be releases in the West with the only other title to see a localization being Langrisser Re:Incarnation Tensei on the Nintendo 3DS back in 2016 from Aksys Games.

Langrisser I & II is returning with both classic stories of good and evil now remade in beautiful high-definition visuals, reorchestrated music, and quality-of-life improvements to the gameplay and user experience that made these strategy RPGs truly LEGENDARY.”

“Langrisser I: The forces of darkness are descending upon the kingdom of Baldea. Take up your sword as Prince Ledin, and discover the evil that lies in the heart of the Dalsis empire.

Langrisser II: The forces of darkness once again threaten the realm. Thrust in between warring factions, it is up to our hero Elwin to navigate this war and determine which path will bring peace to this conflict.