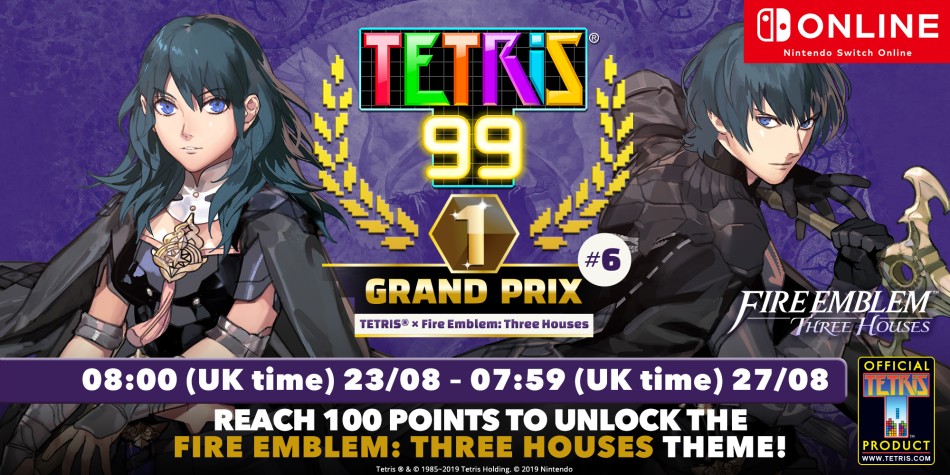 Nintendo will be holding another Maximus Cup for their free to play battle royale game Tetris 99 however this event will be themed after the recently released title Fire Emblem: Three Houses.

A description from the Nintendo UK announcement reads:

Each round lets you earn points, with more awarded the higher you place. If you reach 100 points, you’ll receive the event-exclusive Fire Emblem: Three Houses theme

The event will work similar to other special events like the Splatoon 2 Maximus Cup where players can either go for the top prize or earn enough points to unlock an exclusive Tetris theme. No details or designs have been shown for the Fire Emblem theme.

Tetris 99’s 7th Maximus cup will take place for those who have a Nintendo Switch Online subscription by August 23rd.