Nintendo’s Switch Online Service has been pretty weak since launch especially with the slow paced releases of it’s NES line up of titles. Luckily that’s about to change as Nintendo announced during its latest Nintendo Direct that the service will be adding SNES titles to the service starting today!

The service will launch with 20 titles and some pretty solid titles you wouldn’t expect to see right off the bad including Demon’s Crest, Breath of Fire and Kirby’s Dream Land 3.

Here is the full-line up: 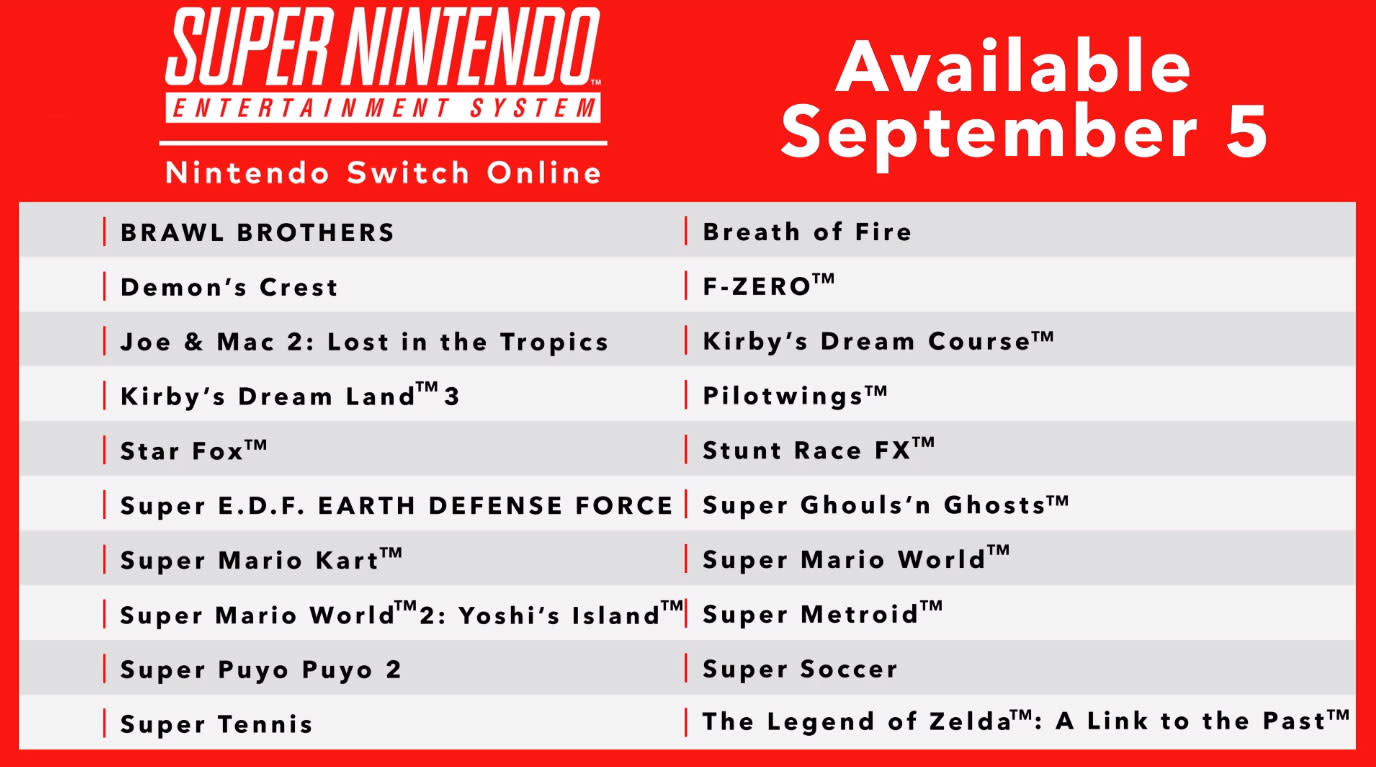 Also announced was a rewind feature which is a nice touch for a difficult game like Super Ghouls’n Ghosts as well as online multiplayer so you can challenge your friends to see who is better in Super Mario Kart.

If you prefer the feel of the original Super Nintendo Controller, Nintendo will release a special SNES wireless controller exclusively on Nintendo.com.