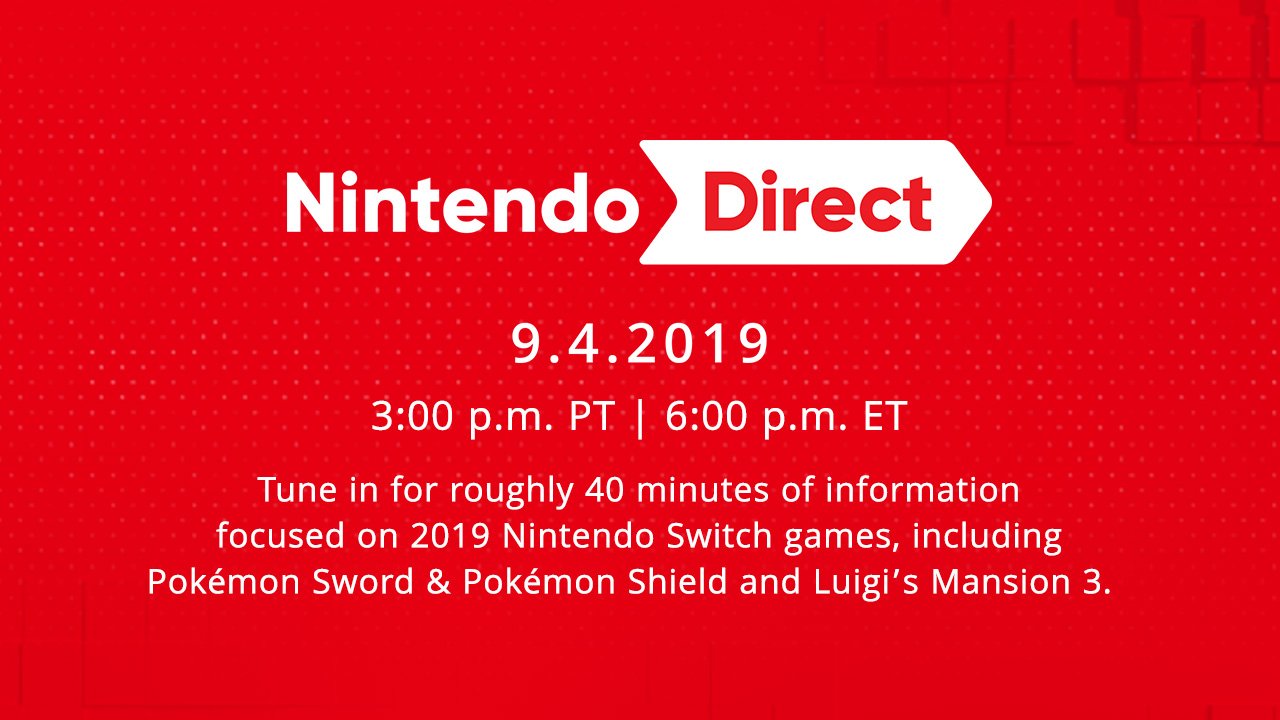 ‘Tis the season for another Nintendo Direct, as one has been announced for September 4 at 3 PM PST, 6 PM EST. In case you didn’t know, that’s tomorrow!

What’s interesting to note is that it’s going to be roughly 40 minutes long, which is slightly longer than the February Nintendo Direct and just as long as the E3 2019 Direct. Safe to say we’re going to get new game announcements as well as information regarding Pokemon Sword & Shield and Luigi’s Mansion 3.

What are your September Nintendo Direct predictions?