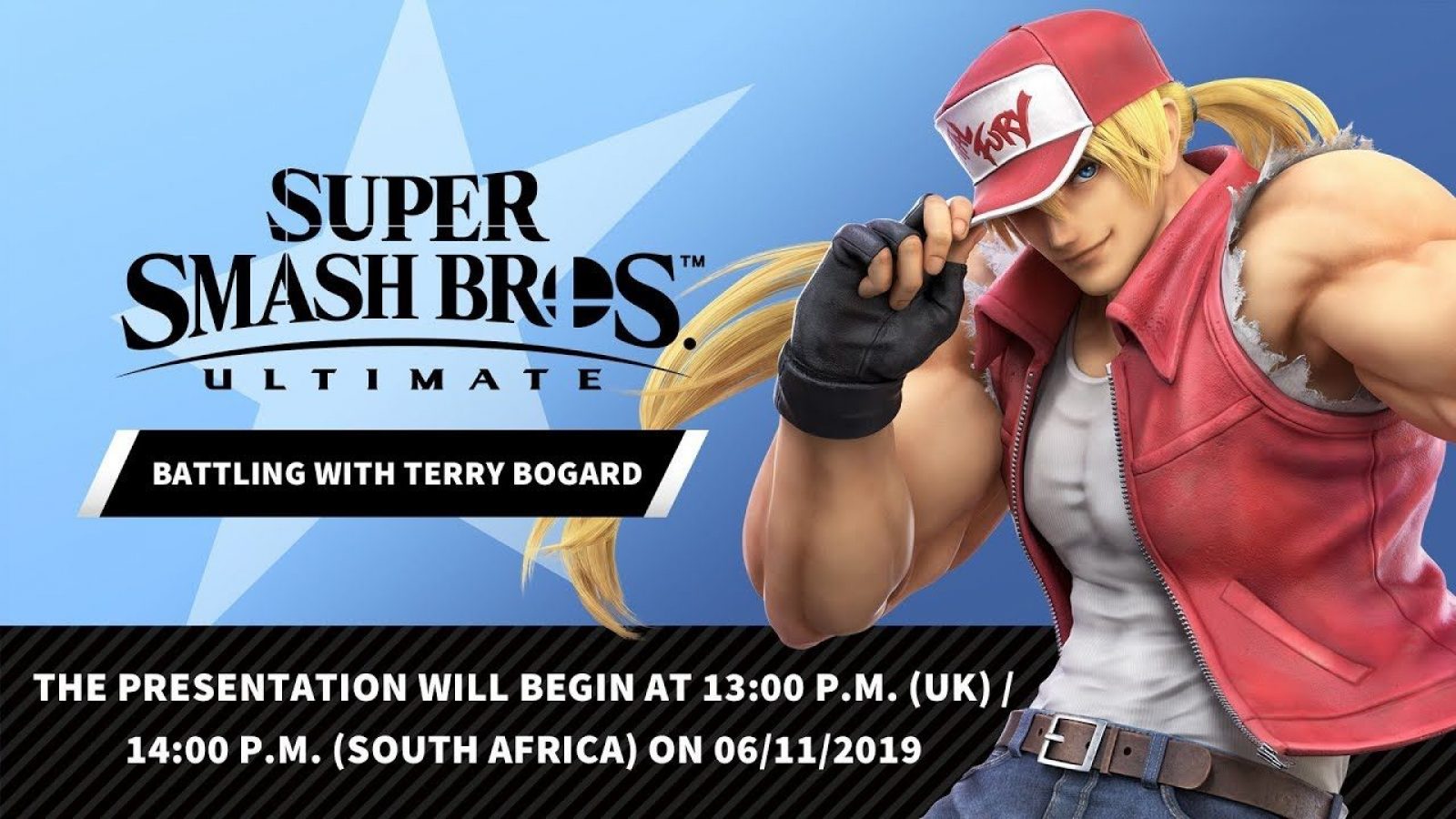 Terry Bogard is coming to Super Smash Bros. Ultimate sometime this month and to get us ready for the fourth DLC character, Nintendo will be hosting a special 45-minute video live stream showing off Terry in action.

Revealed back in the September Nintendo Direct, Terry being added has had mixed reactions but as a fan of SNK’s Fatal Fury and The King of Fighters series I welcome the chance to play as Terry.

The livestream will take place on November 6 at 5:00 a.m. PT / 8:00 a.m. ET which will also include information about the upcoming 6.0 update that will include balance changes for the cast.