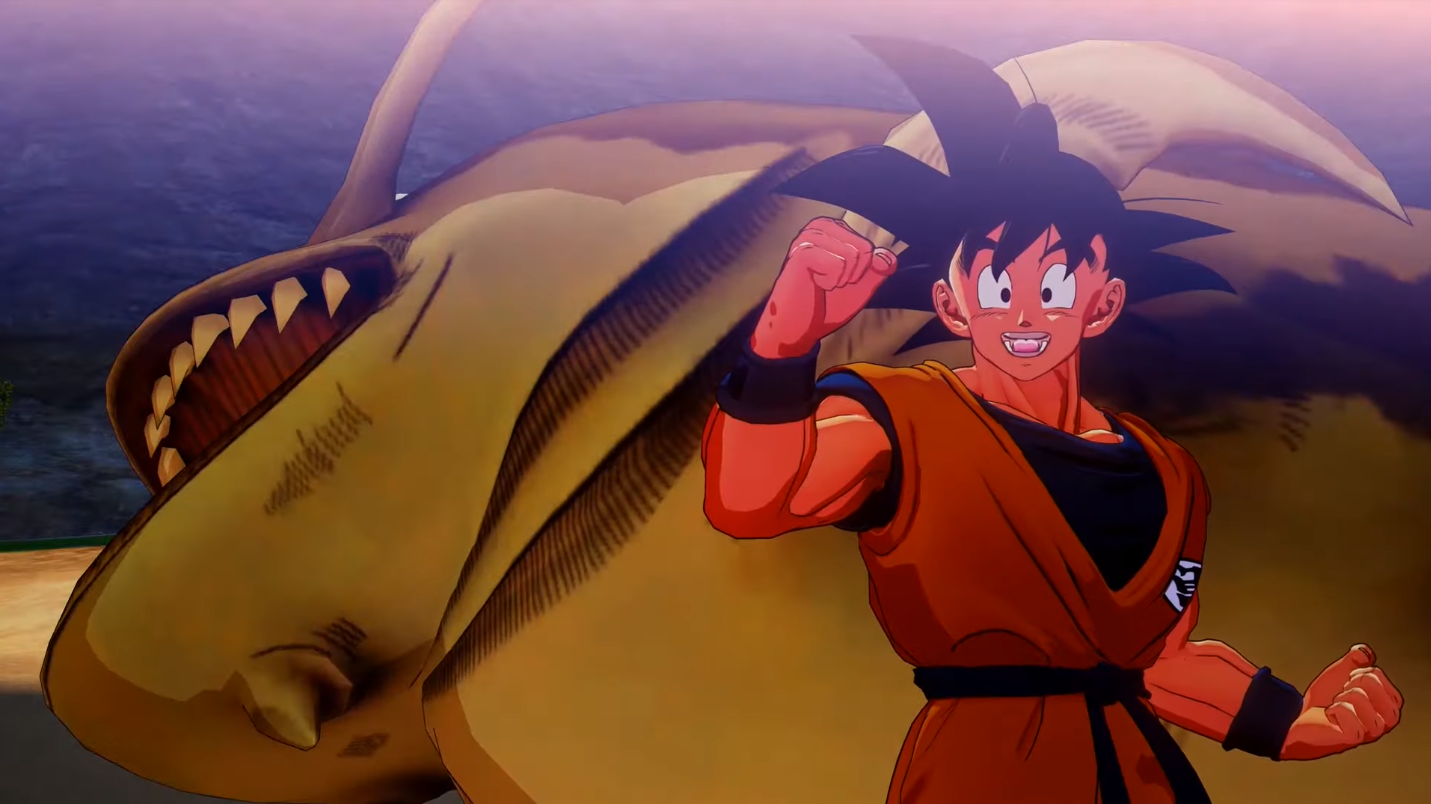 Bandai Namco released two new trailers on the upcoming Dragon Ball Z game that follows Goku through the events of the iconic anime.

In these trailers we see several things including Goku going completely nuts on a large fish. We don’t know what the fish did to warrant such a beating but we can only assume that it probably deserved it.

The other trailer shows an intense battle scene between Goku and Raditz in which some dialogue is thrown around, Kamehamehas are given, and some very interesting orchestrals are played.

Dragon Ball Z: Kakarot was first announced at E3 2019 and shows off several legendary fights including Vegeta, Raditz, and Frieza.