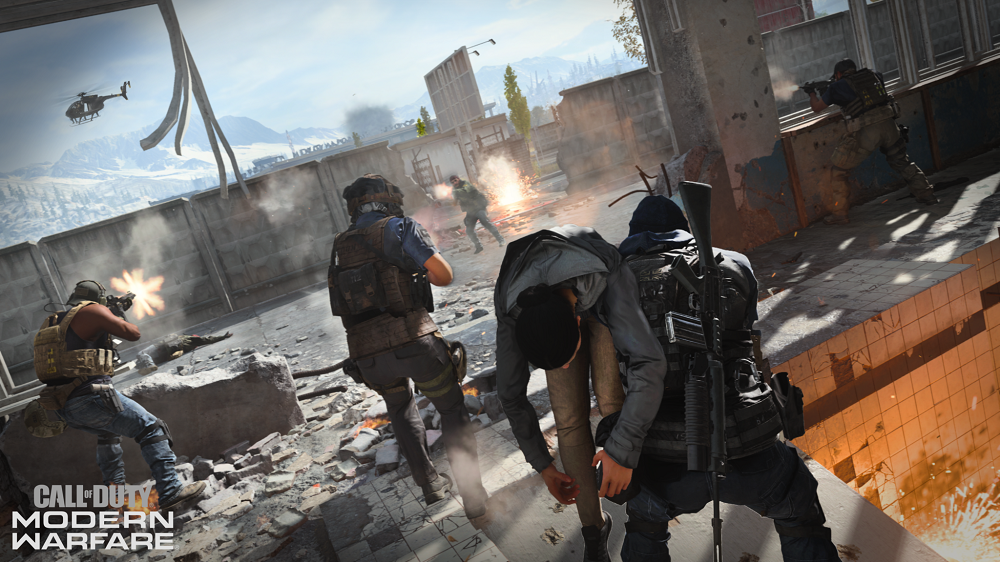 Reimagined as a collection of expansive, interconnected Operations against a new and encroaching threat, players will assemble into strike-teams of four to execute multi-phased objectives, which together will advance the overarching story of Modern Warfare.

At launch, the game will feature four operations to choose from with more to be released at a later date, for free.

Within Modern Warfare’s Special Ops are multiple dynamic experiences that take place on a wide variety of maps. The largest and most involved multi-stage experiences unfold across a sprawling urban environment around the city of Verdansk. These 4 player matchmade activities are known as Operations.

Most of the Killstreaks you know from Multiplayer Mode, such as airstrikes and UAVs, will be accessible in Special Ops. In addition, a number of vehicles, including tanks, helicopters, and ATVs, give your squad the opportunity to tackle any Operation at hand in a variety of ways.

Want to go in quietly, or guns blazing? Whatever you may choose, the situation is always fluid, as enemy forces will react to your choices in an attempt to foil your plans. They may deploy more soldiers via helicopters or even bring in a Juggernaut or two to wipe out your Armistice fireteam.

Work together with your team, be prepared to revive squadmates if necessary, and execute the task at hand as best as you can.

Call of Duty: Modern Warfare will launch on October 25, 2019 for the PlayStation 4, Xbox One and Nintendo Switch. It was also feature an exclusive wave-based mode called Survival that will only be available as a timed exclusive on the PlayStation 4 until October 2020.