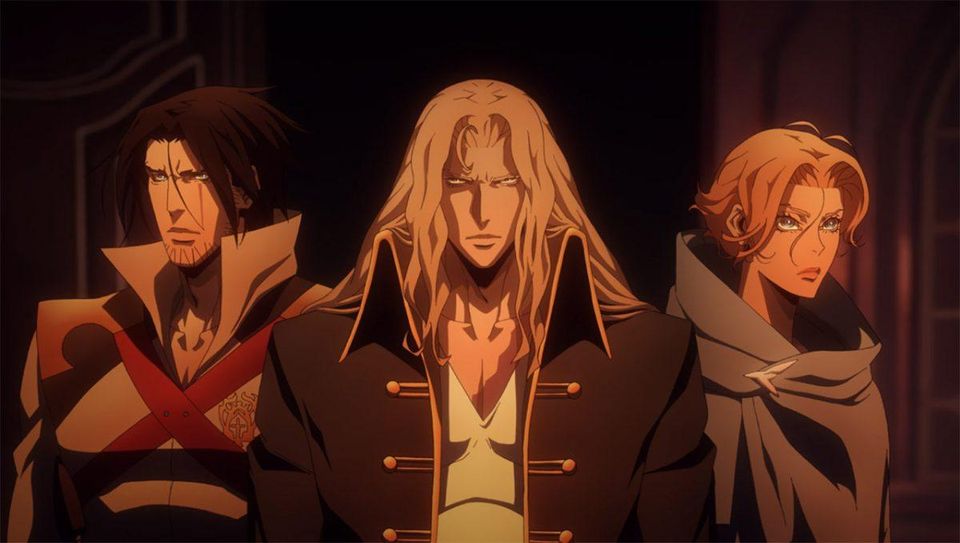 In just a short month, Castlevania returns to Netflix with Season 3. Though originally announced back in October 2018, not much was known on when it would arrive. Now, Netflix has revealed the release date and a new poster portraying Trevor Belmont, Alucard, and Sypha among other characters. Details for the story haven’t been released, but Netflix promises “more mystery, murder, mayhem, and vampires than ever.”

Season 1 of Castlevania was a hit that brought the famed video game franchise to life. It gave us the wrath of Dracula with Trevor Belmont attempting to stop him. Season 2 sees Trevor team up with Sypha and Alucard in their quest to defeat Dracula. Both seasons are full of action as well as an engaging story based on the NES classic Castlevanie III: Dracula’s Curse. March 5th can’t come soon enough to see where the story takes us next.

.@Castlevania is back on March 5th, and there’s more mystery, murder, mayhem, and vampires than ever. #Castlevania pic.twitter.com/9se4mRR2K8